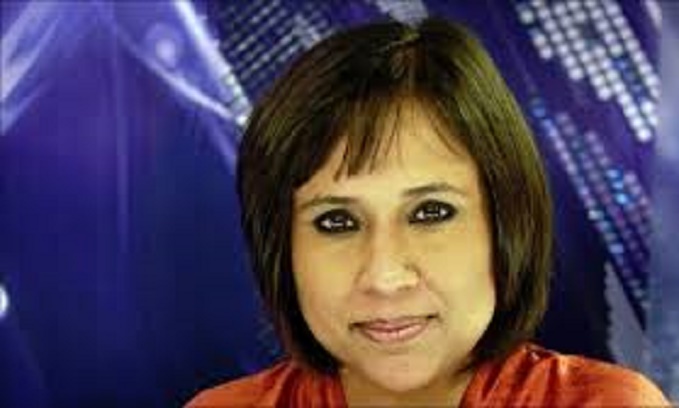 Like Britney (or was it Christina ?) Spears said “oops I did it again”. The large, pan India group of people who support Narendra Modi and the BJP or (trolls/thugs/Sanghis/Hindu Wahabists—take your pick) have managed to get under the skin of a famous liberal one more time. And how! Social media ki jai ho!!

The facts are these: Barkha Dutt of the Radia Tapes notoriety wrote a book and put it up on Amazon for sale. Taking a cue from Rajdeep Sardesai, who made any life insurance salesman look coy with his book’s promotion on social media, Barkha Dutt wrote on Twitter that her book was in some bestseller list on Amazon.

It turned out, like many better men and women before her, Barkha Dutt had spoken too soon. In the next 24 hours, the bad reviews began pouring in and the ratings of the book slid like Arvind Kejriwal’s credibility after Feb 2014. At the time of writing this piece, her book was rated by over 1000 people and the numbers stood as follows: 990 with one star (poor) 25 with five stars (outstanding).

Like any good liberal, Barkha Dutt lost her temper. She immediately wrote a whiny post on Facebook that hinted at some broad conspiracy to bring the ratings of the book down. However, the onslaught of bad reviews continued and her book’s ratings slid from 4 yesterday to 1 today. At last Barkha Dutt took to Twitter and wrote the following:

Dear Amazon @Amazonin shocked to see you allow your forum to be misused by abusive trolls and are unable to filter book-buyers from this lot.

And that’s how it pans out. Amazon becomes a tasteless online forum because Barkha Dutt’s book gets panned by ordinary readers who simply don’t like it. And this from a woman who as a TV host has presided over countless nights of people screaming at each other in an incoherent cacophony. BTW yesterday somebody on Twitter showed at least 2 five star reviews coming from unverified purchasers and, hold your breath: the accounts belonged to NDTV employees. So Barkha Dutt has no ideological objection to folks reviewing her book without buying/reading it—her beef is with folks who give negative reviews.

That irony aside, there is an underlying trend evident in this rant that worries me a lot, primarily because it is getting manifested time and again only from one side of public discourse.It is that trend and not Barkha Dutt’s rant that is the inspiration behind this essay. A few days ago, Nobel Laurete Amartya Sen was quoted as saying “to see social media as the voice of public opinion would give the “hounds” an unearned victory”. This was followed by “touche’ Sir” by Sagarika Ghose.

Well, first of all, how is it that Sen branding those who oppose him as dogs is never quoted as an example of how abusive Twitter as a medium has become? People like Sen (and journos like Barkha Dutt, Rajdeep Sardesai, et al) are repeating what has been the Left’s party line across countries for over a century “if you do not agree with our view points, you are basically a morally deficient human being “.

The very use of the term “trolls” used only in reference to the so-called right wing social media users also inevitably points in the same direction: if you support the right cause, you are morally deficient. If you are morally deficient then your line of thinking in opposing our view point is of no consequence. You are basically noise, something we, the liberal elite should only wrinkle our noses at and move on. Responding to you point wise, would be for us to stoop to your level.

Elsewhere, I talked at length about why journalists as a community are so foul mouthed on social media. I have argued that due to the unfiltered nature of social media, it has now become impossible to mask popular opinion even if it is at odds with the narrative the so-called mainstream media wants to build. And that has resulted in a high level of frustration, primarily because let’s face it: nobody likes to know how unpopular their opinions are.

So the left liberal brigade invented terms like “trolls” and because of the institutional nature of its GroupThink, it quickly began to dismiss even fair criticism as “trolling”.

Of course, that was not enough. As any absurd premise is likely to, the idea of even civil people being ridiculed and branded as online thugs quickly died the death of overuse. Feisty “right wingers” changed their handles to incorporate “trolls/internet hindus” and other assorted denigrating monikers and fought the Left’s ridiculousness with hilarity, humour and sarcasm. The left realized their dismissal of criticism as trolling was widely and accurately being seen as fleeing the battlefield.

And here is where I admire the Left’s collective ability to dissect a problem and identifying those minute points where applying even the slightest of the pressure would be enough to turn the tide.

The Left recognized two problems it faced on social media:

So, for the past few months, their response to this has been consistent:

In simple terms, this is the most direct attack on free speech. And what is worse, it tries to make this attack by reserving free speech as the exclusive right of the elite. The argument is this: since Sen is highly educated it is ok for him to criticize Modi, but if a Modi supporter criticizes him back then the supporter is not qualified enough to talk about a Nobel Laurate.

A few days back when Saint Aamir khan made his supremely disgusting remark above leaving the country, I wrote an article on opindia.com about it. The immediate response of my liberal friends was why was I attacking Amir’s right to free speech?

It took a while to point out that I was not, and that I was merely exercising my own right to free speech. Free speech is an inalienable right of every individual, it is not a bully whip to allow the tyranny of minority opinion to run riot against basic decency and commonsense.

The argument against majority opinion goes like this: if you say whatever majority says is right, then what if the majority decides they do not want people from one particular religion in India or people with a certain sexual orientation should be put to death?

The last time I looked, countries that persecuted people based on their religions or threw gay people off towers were not democratic countries. Second, our constitution makers have created sufficient checks and balances to ensure that tyrannical majority opinions, if any, get weeded out. Last and most importantly, the very idea of masses as blood thirsty savages to be kept in rigid checks by a few intelligent and conscientious individuals is incredibly insulting and elitist.

The second tactic used by the left is a constant effort to regulate the social media and the online space in general. To do this, they often insinuate that all free speech is hate speech. 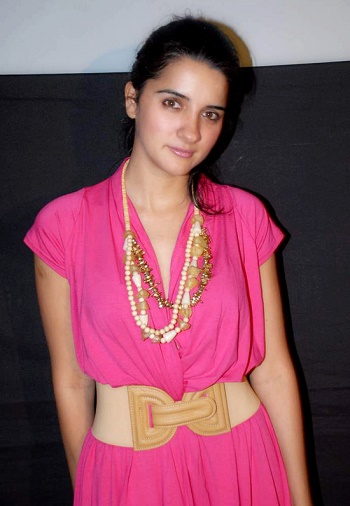 Barkha Dutt’s anger at Amazon is for their “inability to filter”. Women who use hashtags like #chupchutiye become the #bahadubetis under attack from the barbaric patriarchal trolls for being a woman. Shruti Seth endowed with delusions of celebrityhood was attacked on social media for being incredibly stupid. Her being a woman was only incidental.

The strategy is simple: amplify the abusive nature of Twitter selectively and argue that violence on social media is but a prelude to violence on streets. Demand protection (for women/minority/intellectual/journos-whatever bully-whip you can lay your hands on) and also decide how the protection should be given.

All this activism is nothing but intimidation tactics to muzzle dissent. Activists like Vrinda Grover, Kavita Krishnan and Aruna Roy wrote an open letter to Times Now anchor Arnab Goswami titled “stop fostering hate speech against us” in which their primary complaint was news anchors allowing panellists using terms like “anti-nationals” “ terrorists” and “ naxals” against them.

Think about it. In the twisted liberal philosophy supporting mass murderers or separatists constitutes free speech. But naming them for what they are is hate speech. Ministers like Maneka Gandhi who promise special laws against people abusing women on social media (it is open season on men apparently) only do their bidding.

Should free speech be absolute? Should not there be a line for hate speech? I agree with American talk show host Bill Maher who says “free speech only works if nobody gets a waiver”. In the absence of this absolute what we are discussing is not really free speech but who should hold censorship rights.

A conscientious society will reduce hate mongers to nothingness through constant opposition and starve them with lack of attention. It does not need to muzzle their voice through censorship. Please remember, a society that protects the rights of a hate monger to free speech will protect all of us.

Why fight this? Because the issues at hands concern our everyday lives. If we do not defend our ability to speak our mind, the next one to be taken from us will be the ability to decide. Amartya Sen calling us dogs for speaking our mind is the logical first step in taking our rights to make laws we think are fair. After all where in the world do dogs get to decide what they want?

And to fight fire with fire, we must take a leaf from Barkha Dutt’s book and direct our anger not at her but at Amazon. We need to explain to Amazon that it is our right to criticize and rate the products and any attempt to change it will be seen as infringement of our rights as their consumers.

We were shocked to see Barkha Dutt openly asking you to delete adverse reviews of her book. Your policy allows only existing buyers to rate and review and as clients who have placed business with you in the past (in my case, the past was 12.30 pm yesterday) we have a right to warn you not to delete or in any way change the ratings Ms. Dutt’s book is getting.

Client reviews is a powerful tool in a fair online marketplace and any e-tailer who allows itself to be bullied by sellers in editing out adverse reviews out is , in our eyes, not only unreliable but also without business ethics.

We are sure you will choose well, especially since Ms Dutt has not spared you from her rant either. But should you decide to give in to her bullying, please be advised that we are within our rights to publicize your unfair business practices as a caution to prospective buyers.

Trust you to choose well.