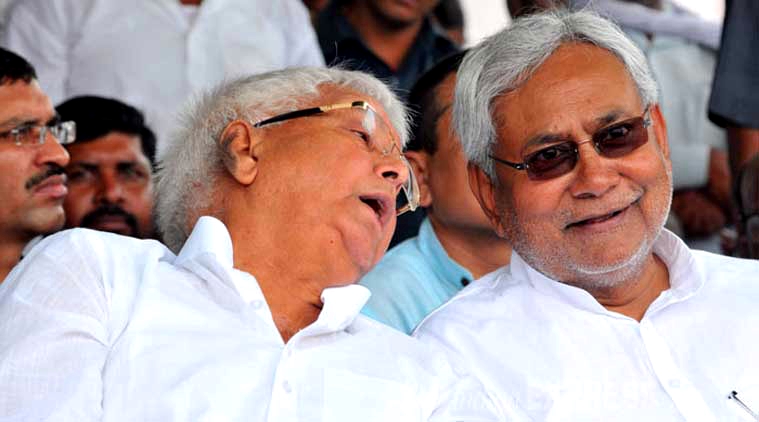 Continuing from the previous analysis of the ‘Battle for Bihar’, let us look at the rapid political developments in the state that would impact the ensuing assembly elections.

For a change, it looks like luck is favoring the Bhartiya Janata Party. The Bihar Legislative Council results could not have come at a better time which serves as a tonic for the lethargic Bihar BJP unit.

If the BJP is sweeping more than 50 per cent of the Bihar MLC polls despite a combined opposition and a vicious media campaign against the Modi Government, it speaks a lot. It is in way an indicator of how keen the Bihari Junta is to welcome the BJP for its promise of good governance and economic development.

First of all, Nitish Kumar unnecessarily raised the stakes by claiming that the MLC polls are like a referendum of his ten years of work. Following suit, virtually every newspaper and regional TV channels called it a ‘semi-final’ to the ensuing assembly polls. The same Nitish Kumar is now calling it inconsequential but then he is known for these flip-flops.

So, how important is this Bihar MLC results in terms of indicating the mood of the voters? Honestly speaking, this should not be something to brag about since it’s not a huge public mandate. But, where nearly 1.3 lakh voters exercised their votes, it certainly is a morale booster at the right time and this must set the momentum for the Bhartiya Janata Party.

When the JDU/RJD won six out of ten seats in assembly by-polls, the media ran a debate for a couple of weeks claiming that Modi wave was over. However, the MLC results is not even in a piece of news in the mainstream media, which is a clear indicator that the perception is in the BJP’s favor.

Whereas the BJP’s exceptional performance in the Lalu Yadav stronghold belt of Bhojpur is good news, the surprise swing of Mithilanchal towards BJP is a body blow to the Janata Pariwar.

However, But the BJP must analyze how internal factionalism led to the loss of the key Muzaffarpur seat.

The loss of the LJP candidate Ranjit Don and independent Hulas Pandey is a happy sign that Bihar is no more in the mood to support or feel threatened by hardcore criminals.

Some blame games and also a revolt within the Janta Parivar cannot be negated based on these results.

Problems of the Janta Parivar

While the Lalu-Nitish alliance is strong on votes arithmetically, one must not forget that it’s a merger of convenience between the two leaders who have been sworn rivals for decades.

Both the leaders are going through their worst political phase and have lost their political sheen. The problem of Nitish doubles because he is in power, so he also faces the burden of anti-incumbency.

The biggest loser is Lalu Yadav. With the top Yadav leaders of the state (Surendra Yadav, Pappu Yadav, Ranjan Prasad Yadav and Devendra Yadav) joining hands against him, he has ceded space to Nitish. As things stand now, Lalu Yadav is not in a position to negotiate hard with Nitish Kumar. If he quits the Janata Parivar, it will ensure his complete decimation in Bihar politics—this time, forever. He is playing second fiddle to Nitish, desperately hoping that the Janata Parivar will somehow win the assembly election. He is such an astute politician that he knows he will hold the control of the next government by holding the key to Nitish’s CM chair.

At the same time, Nitish is equally worried. Observers say his desperation lies in his apprehension that Yadavs, who are core voters of the RJD, may not vote for him. He is rightly worried.

The Yadavs who joined hands against Lalu are anti-Janata Parivar. Those who are loyal to Lalu consider Nitish as the sole reason for Lalu’s current political situation because he rebelled against Lalu in 1994 and joined the NDA for Lalu’s ouster.

Earlier, the people of Bihar had voted for Nitish after feeling cheated by Lalu Yadav. Nitish’s break away from the BJP coalition was a huge blunder, which he today understands.

Nitish has also been well exposed in his development model, which the electorate perceives, is only on paper. People are feeling cheated again since the crime rate has seen an upward swing and scams have increased contrary to the chief minister’s tall claims of setting the state free of crime.

The reign of corruption is ruling the state despite Nitish’s tall claims. Bihar adopted a bank-induced growth agenda that increased dependence on the bureaucracy. It has led the babudom to revert to its high-handed, corrupt ways of the olden days.

In my last conversation with a handful of young voters, they said, “Everything in a way is revolving around alliances. No one is talking about development in the state”.

The basic complaint is bribery in the bureaucracy at each level. Despite a fake high growth rate, Bihar is still grappling with poverty; the poverty indicator index came down only marginally.

The number of aspirational young voters could be a decisive factor in this election. There is a significant chunk of voters in the state who are young and unemployed. Caste as a factor, cannot be denied in a state like Bihar, but the promise of growth and jobs are crucial in these polls.

The BJP’s Edge and the Way Forward

The demand for change is loud and visible in the state of Bihar. The overwhelming anger and the powerful anti-incumbency mood against the unholy alliance of Janata Parivar will be enough to defeat the JDU-RJD-Congress combine. There is a new generation, which could potentially cut across all caste lines, and decide the fortunes of the BJP in Bihar.

In this scenario, the BJP must up the ante against its chief rival, Nitish Kumar and attack the unholy alliance of the Nitish and Lalu by exposing Nitish’s lust for power.

Some straight questions needs to be asked: if every sector is growing, why is Nitish out with a begging bowl to seek Special Status?

Nitish Kumar is trying to reach out to the masses through populist measures knowing that the state’s financial condition is not able to support this sort of populism. “This is the height of shamelessness. The man who earlier scrapped all the 34 cabinet decisions taken by my government terming them ‘illegal’ is slowly implementing them one by one. I am wondering how Nitish has suddenly found merits in my decisions,” asked former chief minister Jitan Ram Manjhi.

If the BJP considers making a ‘big’ announcement either by granting a special financial package or special category status to Bihar, it is fine. My only concern is not to make it its singular talking point in the elections. 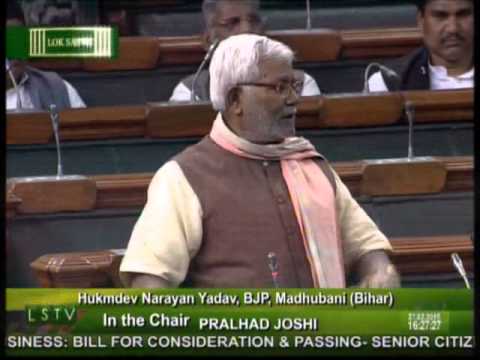 After Jitan Manjhi joining the NDA, the RJD’s controversial MP, Rajesh Ranjan alias Pappu Yadav quit the party to form a new regional political outfit. Indeed, it is better that the party leadership leave Pappu Yadav to fight independently, thereby eating into the RJD vote bank in the Kosi belt.

If needed, the BJP should back him from outside. Both these fringe leaders have loyal local support and will help the NDA dent the RJD-JD(U) support base.

The BJP should not be in a dilemma whether it should announce its candidate for the top post or bank on Narendra Modi’s popularity. Bringing any face at this juncture would be a disaster. I wonder why the party is unable to groom local leaders like Hukumdeo Narayan Yadav. He can take the fake socialists to the cleaners in style through his ruthless oratorical abilities both in Hindi and Bhojpuri to suit the native voters. The BJP can still think of creating a buzz around him.

Having decided to contest around two-thirds of the Bihar assembly seats for the first time in 20 years, if the BJP is looking to attract candidates from rivals, it’s not a bad idea. It will help them ensure new candidates who can win in several seats that it has not contested in the past.

The upcoming elections in Bihar will not be a walk in the park for either of the two alliances. In the real sense, the result of the ensuing assembly elections will depend majorly on the strategy, campaign and candidate-selection of both alliances.

Will Amit Shah, the BJP’s master strategist prove effective for Bihar? He has shown his skills in the past. Also for the present, it seems the BJP has been more adept at political management than its rivals have been.

The BJP must show unity and go all out on the ground with its proven ability to communicate with the voters. If they do, in my opinion, people of Bihar are ready with both arms open to embrace them as the next ruling party.