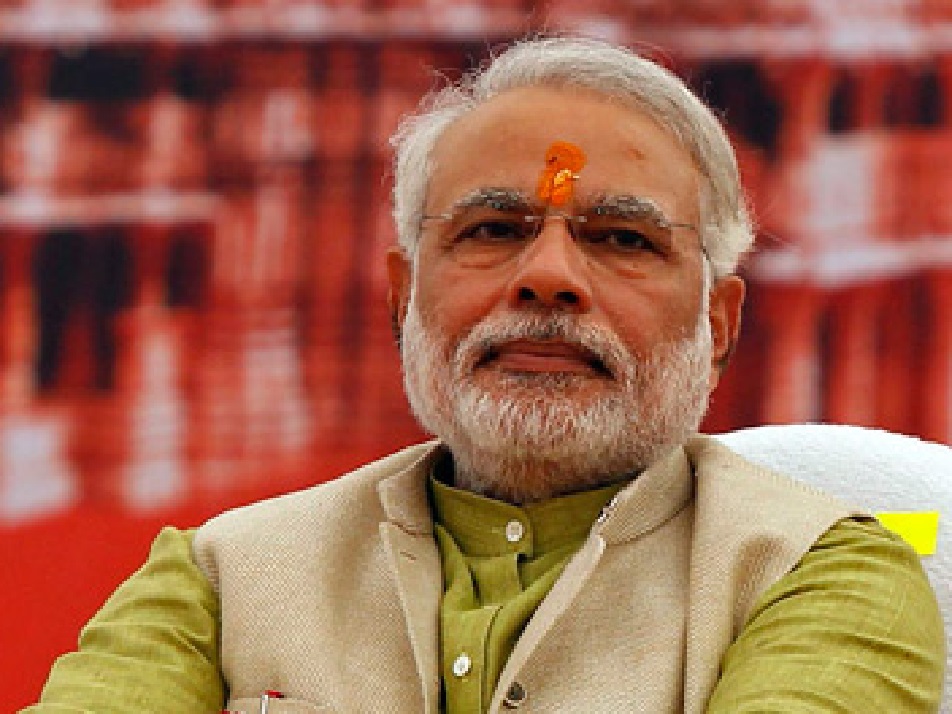 BJP is the largest political party in the world’s largest democracy. It elects its office bearers through party elections. Narendra Modi, a rank outsider to the national politics, was able to stake his claim for BJP’s PM candidacy in 2014 elections after some engaging conflict with the BJP’s established order. These and such other facts show that it is a democratic party no matter what its critics say. Forget the dynasty controlled Congress, not many other parties can claim to be this democratic.

Undeterred by obstructionist Congress and its media slaves’ hit jobs, PM Modi and his government continues its good work of development, of ensuring our external security, and of protecting India’s interests abroad. Its achievements in just under two years after coming to power are too many to cover here. (Read here and here)

After Congress’ misrule for 60 years and its anti-national politics (e.g. Ishrat Jahan cover up, allowing illegal Bangladeshi immigrants to settle in India) I feel that Modi Sarkar is the best thing that has happened to India since independence. There is a tremendous hope and positivity among people (just stop reading fringe media). I think many fellow Indians will agree with me.

Modi and the BJP: Is it a winning combination?

Shouldn’t PM Modi and his party BJP be an unbeatable combination in view of the above? But is it?

PM Modi’s personal popularity remains high despite all the hit jobs by the media, but the BJP looks lost and it has lost.

BJP lost Delhi and Bihar badly. In the April-May 2016 elections, it has high hopes in Assam, but it has already wasted opportunities in West Bengal by letting the Mamata Government off the hook for state’s poor growth and terror factories. In Tamil Nadu and Kerala it is looking to make a mark. BJP’s prospects as a whole don’t look promising.

While Modi is several steps ahead of his critics and even his supporters in the matters of governance, BJP merely reacts to events. It never sets the political agenda. Look at the top of the mind recalls given below.

Top of the Mind recalls

Unless you are a die-hard Modi supporter and unless you are regularly digging into social media, you will think that India is a highly violent and intolerant banana republic in which freedom of expression is severely curtailed. You will think that BJP guys are calling Kejriwal ‘a coward and a sociopath’ and that he isn’t even allowed to say anything.

You will think that Kashmiri Hindus were not thrown out, but Muslims there were made homeless by the Indian State. Therefore the Kashmiri Muslims feel ‘alienation’ which finds ‘expression’ in waving Pakistani flags, celebrating India’s loss in cricket, and conferring martyrdom on Afzal Guru and Yakub.

You will think that Yakub and Afzal were martyred freedom fighters and that Savarkar and Bhagat Singh were traitors and bigots. You will think that Ph.D students in India get stipend and subsidized food for fighting the above kind of injustice by the Indian State.

You will think that nothing good is ever coming out of India.

Now where is BJP in all this? Barring Smriti Irani do you recall anyone else from BJP forcefully refuting lies and slander by Congress and its allies? Mind you, Smriti was defending herself as a cabinet minister. But where was the party amid all the above mentioned manufactured controversies? Subramanian Swamy is fighting a lone battle and BJP is not even supporting him.

Role of a political party is to develop leaders, take care of interests of core voters, to set agenda for the government and for the public discussion. It is expected to capture the reality on the ground and issues at local, state, and national levels. Its role is to provide a coherent framework for policy making. A political party in power should take its government’s good work to people and build political goodwill. A political party must stay ahead of opponents in the political space and win elections. Do you see BJP doing any of these?

BJP doesn’t raise issues related to political murders of its supporters in Kerala and West Bengal. It doesn’t raise issues of conversions of Hindus by Christian missionaries. It doesn’t protest infiltration of illegal immigrants from Bangladesh except when elections come by. It has slept through large scale demographic shifts in parts of Bengal, Kerala, Uttar Pradesh, Nagaland etc. brought by illegal immigration and conversions. BJP is not doing anything for social justice to Dalits and other disadvantaged groups. Patriotic Indians, which form the BJP’s core support base certainly feel let down.

Does BJP capture ground reality? In my home town Pune, BJP is missing from action despite winning all Loksabha and Assembly seats. It is dithering on the city’s public transport. At Maharashtra state level, BJP is letting the Fadnavis Government do its work while it enjoys sleep until 2019. On the national level barring President Amit Shah, it has no one who can forcefully articulate issues. Even he concentrates only on election management and campaigning.

Does the BJP develop leaders? Only partly. It has leaders in MP and Rajasthan. It lost Delhi and Bihar because it had no strong local leader there. Despite the Modi wave of 2014, the BJP could not win Maharashtra on its own (It lost Gopinath Munde, but the organization shouldn’t be so shallow)

BJP does not even provide any support for policy preparation. Modi Sarkar has to lean on a rag-tag combination of economists and NITI Ayog. If BJP has any views on the long term economic and social policies, it has not articulated them except in nebulous terms.

BJP can’t even explain Modi Government’s and its state governments’ good work in a language that is understood by the common people.

After two years in power BJP has not been able to make any dent in the Congress’ eco-system of media, ’eminent’ experts in various fields, NGOs, and various public\semipublic institutions infested with their people.

BJP Government is in power but the Indian establishment is still controlled by the Congress.

BJP is failing its Prime Minister

It is amazing that a party with about 9 Crore registered members, 282 MPs and a large number of MLAs is laggardly in its role. One can blame hostile media and entrenched institutional interests for being against BJP. But what did BJP do? Patriotic Indians on social media are fighting a valiant battle against media hit jobs and often nailing their lies – despite not being organized and through their individual efforts. BJP does not even bother to engage with the talented people who are enthusiastic, public minded, and who are willing to support the BJP governments’ good work.

I wonder if BJP office bearers monitor social media at all. They don’t engage in any issues coming up on social media (There are exceptions, but these mostly come from Modi’s ministers not party office bearers) It seems that they remain content in retweeting Modi’s or some other leaders’ tweets.

BJP was lazy in opposition (else we would not have had Sonia’s lousy laws and huge illegal immigration and conversion rackets going). In power, it is continuing in the same vein.

BJP is failing its Prime Minister.

It does.A strong, dynamic party can keep its own government and the opposition governments on its toes. No matter how good Modi Sarkar is, it needs this. With correct ground level signals, the BJP could have alerted PM about agricultural crisis and the steps in this year’s budget could have been taken without wasting last year.

Were BJP aware of ground realities, it could have cautioned PM that the ‘Land Acquisition Bill’ would cause farmers unrest or it could have prepared political grounds for it. Who knows, BJP could have even won Bihar.

Even now the BJP is failing to tell the PM that urban transport is in crying need of quick mass transport fixes, which can’t wait for Smart City concept to take shape. BJP is missing a big opportunity of connecting with the urban masses on this issue, just as it missed connecting with the farmers.

If the ruling BJP in MP were alert, its government would have been pro-active on the Vyapam investigation. In Gujarat and Rajasthan it could have stopped reservation agitation from spinning out of control.

Election in 2014 was won in an extraordinary situation. As Sharad Pawar put it after the results were out: “Almost everyone wanted to throw out Congress”. Yet, Congress could get 44 MPs elected. Congress and NCP could together get over 90 MLAs elected in Maharashtra state elections of 2014. Remember Congress has bounced back from situations worse than 2014.

It will be foolishly optimistic to expect that 2019 will be won by the BJP on such a wave. BJP in its present trajectory puts Modi’s re-election to a serious risk. BJP is not just failing its Prime Minister, but it is also failing every Indian who wishes to see Achhe Din.

I hope that the BJP does a quick course correction.