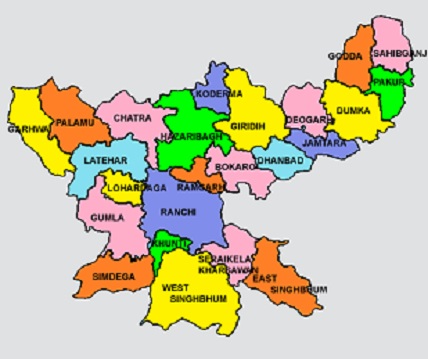 The upward swing of Bharatiya Janata Party’s political fortunes in electoral battles is likely to continue with the unabated saffron surge in the coming elections in the state of Jharkhand. The Jharkhand Legislative Assembly comprises 82 seats amongst which 81 are directly elected and one seat is nominated. The BJP is projected to substantially increase its voter share and emerge the single largest outfit. Though, the BJP is projected to fall short of a majority in Jharkhand by a narrow margin in many recent poll projections, let us re-examine such projections.

It is important to note here that in 2009, the Jharkhand Mukti Morcha (JMM) broke its alliance with BJP and formed a new communion with the Congress and RJD. The alliance didn’t get a clear majority, and during a span of 5 years, Jharkhand not only witnessed 3 Chief Ministers, but also, the President’s Rule was imposed twice in the absence of a clear alliance. The reason for such instability in Jharkhand in the last 5 years was a fractured mandate and ambitious allies. At present, the JMM is ruling the state in alliance with the Congress and Lalu Yadav’s RJD. The seat share for the winning alliance in 2009 Assembly elections was: JMM-18 seats, Congress-13 seats and RJD-5 seats, making it a total of 36 out of 81. BJP was the main opposition which secured 18 seats and Babulal Marandi’s Jharkhand Vikas Morcha (JVM) got 11 seats.

Earlier this year, Jharkhand saw a Narendra Modi wave and the BJP garnered more than 40% vote share in the Lok Sabha elections of 2014. Shibu Soren’s Jharkhand Mukti Morcha (JMM) which runs the state in alliance with the Congress and RJD, the alliance got a meager 27% votes. Babulal Marandi’s JVM surprised with a 12% vote share, though it could not secure a single LS seat. Here is the Vote share as  well as share for LS elections, 2014:

In Jharkhand, while the BJP would seek people’s mandate over the issue of development, the ruling JMM-Congress alliance seems to be ready to play the caste card. It is quite apparent that the BJP has the upper hand due to the non-performance of the JMM-led regime in the state. Against a huge anti-incumbency, the BJP has impressive image in the mind of the people. People are looking for a change and want a government having absolute majority to usher in development, progress and peace. Fractured mandates after 2005 and 2009 elections respectively plunged the State into political uncertainty which further aggravated the social and economic problems of the people.

However, the Congress and the JMM paid heavily in the Lok Sabha election as the BJP won 12 of the 14 Lok Sabha seats with a 40.7 per cent of the vote share. This a reflection of the people’s desire for change in the state.

Yet again, in a bid to stop the BJP’s victory march, JMM, Congress, RJD and an insignificant JD(U) are gearing up with their grand alliance in poll-bound Jharkhand. It is significant to note that in a similar move a few months back, RJD, Congress, JD(U) and NCP had joined hands against the BJP in Bihar ahead of Assembly by-polls.

It is hilarious to note at this point that immediately after by-polls result, for both print and electronic media political pundits, the Modi wave which was supposedly over, surprisingly returned back as high tide before the Maharashtra and Haryana elections. Analysts forget that when people vote to elect a government with full majority placing their trust in a decisive leader, the actual wave or tsunami is reflected in the results.

Political pundits may keep discussing their pet theories in their cosy cabinets, but it is apparent that since May 16, Narendra Modi has emerged as a much taller, stronger leader. In his tenure of six months as Prime Minister of India, he has transformed into a true nationalist giant, a man with purpose and people look up to him with a great amount of expectations and hope. The BJP party cadre is well aware of this fact and are in no mood to miss the opportunity to vouch for and reaffirm his charisma. The party will intensify its poll campaign after Mr Modi returns from his travel abroad.

The BJP is making another smart move by drawing their opponents from other political parties into the race. Which is why the BJP has formalized a smart alliance with Sudesh Mahto’s AJSU which secured 6% vote share on its own. The BJP has agreed to let AJSU contest in eight seats. AJSU has six MLAs in the current assembly and has been part of every coalition government headed by the BJP in the past. This is a smart coalition is because it will help counter the Congress and RJD’s caste card. It is considered to have a strong following among the politically influential Kurmis of the tribal state.

While poll surveys show AJSU getting 5-6% votes, riding high on a Narendra Modi wave it’s share also going to compound. Together the alliance may fetch 42-46% of vote share. The BJP had bagged 12 out of 14 Lok Sabha seats from Jharkhand, with a lead in 54 out of 81 assembly seats all alone. The BJP’s top leaders admit repeating the LS performance in the assembly polls would be a herculean task.

The Congress will no more be seen in the political race and it has already made its position clear in the upcoming assembly elections. In fact, the Congress has never been serious about giving a strong and effective governance to the people of Jharkhand. In the 2005 and 2009 elections, no political party could get a clear majority. The BJP as the single largest party formed a minority Government with the help of other parties after both the elections but it was toppled in midway when the Congress wooed the JMM and the RJD going to the extent of appointing even an independent and brazenly corrupt man like Madhu Koda as State’s Chief Minister. The Congress’ fortunes continue to be on the downslide as its vote share further slips by 3-4 per cent culminating in the range of about 8-12 per cent vote share.

Although the Jharkhand Mukti Morcha stands second in terms of its projected vote share, it is way behind to give a tough fight and is likely to get around 15-16 per cent of votes. However, the panic in JMM is evident from the fact that the party top guns chose to shift their seat and contest from JMM’s traditional stronghold, Santhal Pargana. The three parliamentary seats in the region are Rajmahal, Dumka and Godda, out of which BJP lost in Dumka and Rajmahal—the only two seats they lost in Jharkhand in the 2014 LS elections. The RJD is the weakest partner in this alliance and cannot contribute more than 4-5 per cent of the vote share. Together this alliance may fetch between 28-32 per cent of vote share.

Another important political outfit in the state politics is the Jharkhand Vikas Morcha (JVM). Recently, the BJP made a failed bid to stitch up an electoral pact with chief minister Babulal Marandi, who quit the BJP to float his own Jharkhand Vikas Morcha in 2006. Offers were also made to him to merge his JVM with the BJP but nothing came out of it. Marandi is believed to have considerable influence over the tribal voters of Jharkhand. The TMC, on the other hand, risks isolating its base in the Santhal Pargana by going into an alliance with the JVM(P). The Trinamool Congress  will contest five seats with the JVM(P) contesting from the rest of the state’s 81. This alliance is projected to secure 8-12 per cent votes.

Local issues will certainly dominate the elections but the major issue this time would be stability, development and hope. On the lines of the Lok Sabha elections, it is again predicted that the BJP would win the Assembly election with a clear majority. With a huge gap of 14-15 per cent of votes between BJP+ and JMM+ and others, this is how the seat share appears.