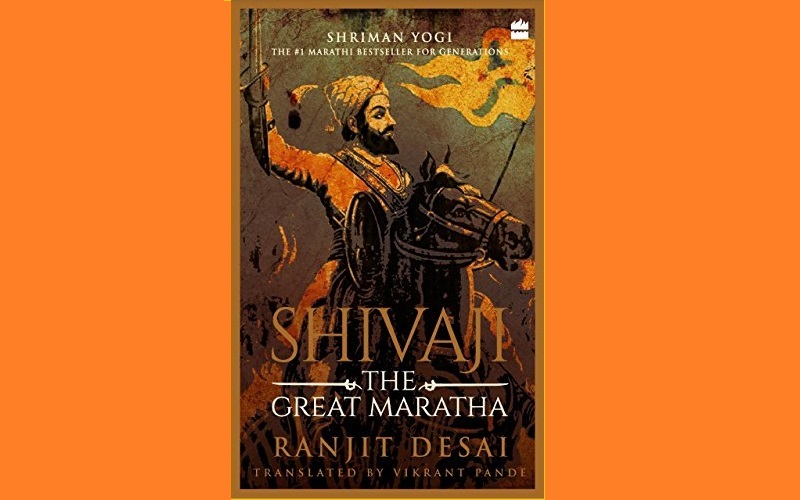 The book is available for purchase from Amazon.

I believe that the most important national problem that Indians have to solve is not as such poverty, nor strategic weakness, nor terrorism. Of course these are huge problems and India must solve them at some point in order to achieve its full potential. However, these problems are all offshoots of the same root cause, and unless we remove that root cause, we will anyway not be able to solve any of these great problems. Even if we cure the symptoms temporarily, we will again be saddled with some other version of the same problem in no time.

That root problem is Indians’ lack of belief in ourselves. No individual or society can change their lives in fundamental ways unless there is a conviction in our ability to solve big problems of life. Majority of Indians as of now lack that conviction. We believe that we as people are neither capable nor good. To put it simply, Indians lack national self – esteem. We have to first overcome that lack of self – esteem before we will be able to really remove our many ills from their roots.

It is important to understand that someone who lacks self-esteem does not lack abilities. Observe low self-esteem individuals closely. You will see some good (if not great) qualities in them. So they don’t lack real ability. What they do lack is a deep connection to all that is good in them. And since they lack that internal connection, they cannot harness it to improve their lives.

One trait of societies lacking in self-esteem is that they don’t celebrate their great people and achievements. If you search for biographies of any great American, you will find literally dozens well researched, well written books. Try doing the same for say, Sardar Patel, or Swami Vivekananda, or Rani Lakshmibai, or any other great Indian. You will get very few, and most of those would be shoddily written. This is one of the ways in which India’s lack of national self – esteem manifests itself.

Fortunately, however, India also always had a section of population who escaped centuries of conditioning to think of ourselves as “inferior” people. People who have full appreciation of all the greatness and beauty we have created over ages. People who have full understanding of what it took to be a Vivekananda, or a Sardar Patel. Or for that matter, a Shivaji!

What a phenomenal individual Shivaji Raje was. When we were in school, Shivaji used to be referred in the text books as “Napoleon of India.” Oh! What an insulting sobriquet it was!! Napoleon?! He bled France white, subjected his nation to humiliation by British and spent his last days in a British prison. How can you compare that man, howsoever great his military prowess was, to a man like Shivaji who practically saved the honor of the entire civilization of the subcontinent! It is not an exaggeration to say that but for a handful of men like him, India might very well be resembling a regressive country like Iran or Egypt today.

We have not celebrated such individuals enough because of our low self esteem. However, there have been exceptional individuals who have kept the spark of India’s civilizational pride alight, and I count the original author of this book as one of them. Ranjit Desai has created a highly readable literary rendition of Shivaji’s exceptional, dramatic and noble life, and thereby connected his readers to India’s greatness.

I have commented quite a lot on India’s state as a society. Now to the quality of the book’s contents: To me, a great book must possess a few qualities, and I will comment on them for the book under review one by one. First off, any book must be authentic, true to its subject. In case of a biography, that means that the book must be thoroughly researched, and describe every significant event in the person’s life. Ranjit Desai gets full marks for this. Every incident of Shivaji’s life is appropriately dramatized (it’s a literary rendition) by the author. I too learned about many incidents that my earlier studies of Shivaji had not brought out. For checking the authenticity, I also googled a couple of incidents (about the Patil of Ranza for example) to see if the book captured them appropriately. I am happy to say that it checked out every time. While this biography is told like a story, you can take it that everything you see in the book might well have been written by a great historian.

And secondly, a great book must grip its reader. Many books are authentic but fail on this criterion. It was a torture to go through some of the most insightful books I have read. However, Ranjit Desai and the translator (Vikrant Pande) do not disappoint on this score either. The way the narrative moves as you read it makes the book pretty much unputdownable for the most part.

For instance, one of the most dramatic incidents in Shivaji’s life was the destruction (literal and figurative) of Afzal Khan. The entire episode, from the time Khan picks up the “paan” in Bijapur darbar (to drag Shivaji to the darbar), to his preparations, movements, his wanton desecration of temples, Shivaji learning everything through spies, Shivaji’s responses and the final denouement when Shivaji kills him with “Waghnakh”, is so gripping that I literally could not tear myself away from the book till it was over. Another test of readability of a story is what kind of emotions it arouses in the reader. I literally felt exhilarated, as if I just heard the news of Afzal’s execution (pun intended!), when finally Shivaji kills the demoniacal jihadi.

The only small complaint I have is that there is too much crying in the many conversations that take place in the narrative. I seriously doubt, if that would have happened, given how hardy everyone in the story was in reality. But that does not take away from the greatness and authenticity of narration.

Overall, I would say it is a must read for every Indian, especially those who have not lost all pride in our civilization. In the end, I also found myself regretting I do not know Marathi, because no translation can match the feel and nuance of an original. But even in translation, the book is a phenomenal read. Not only will it connect the reader with India’s native greatness, but it will also be a very enjoyable experience.

Shivaji: The Great Maratha- An excerpt