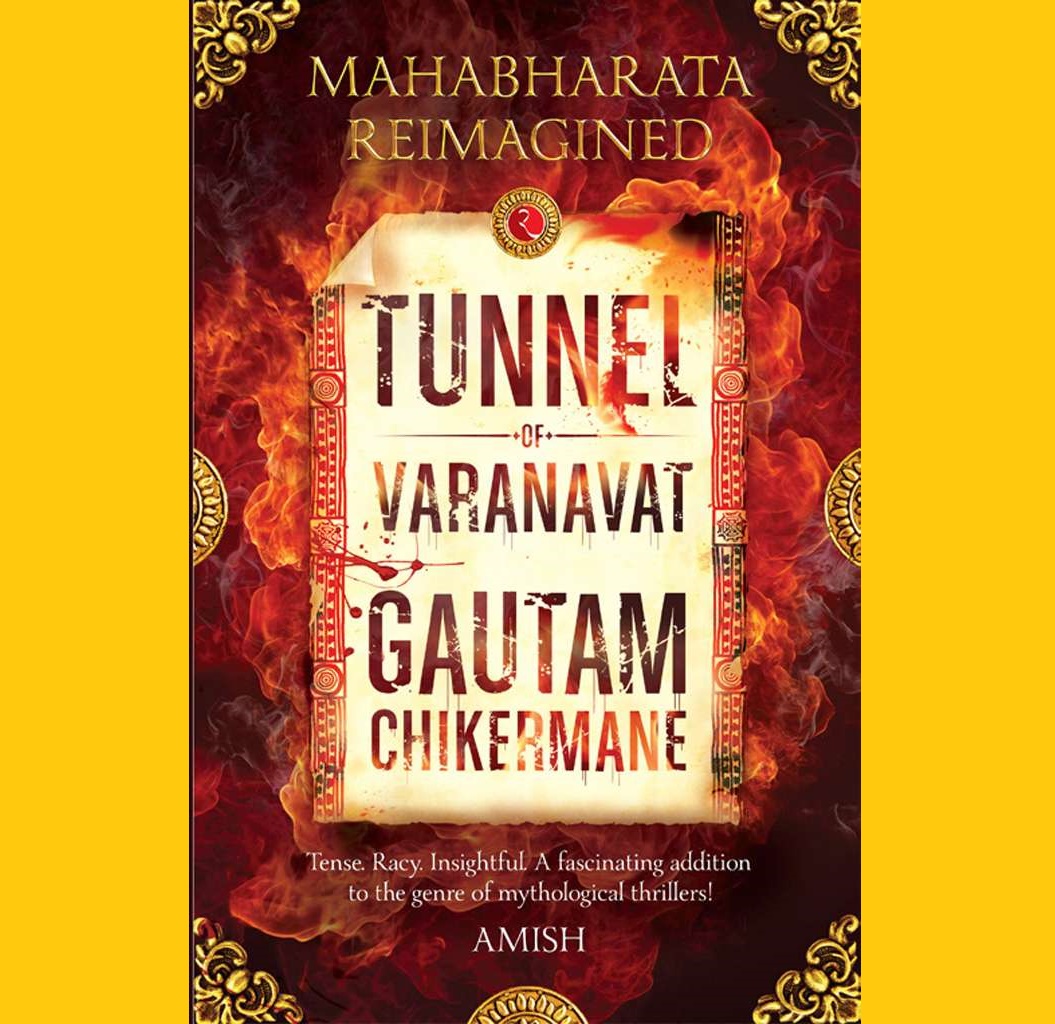 The readers of Mahabharata would find its subaltern universe as fascinating as the main plot line of ‘Jaya’. The sermons on Dharma by the nameless housewife and of the butcher Dharmavyadha to a learned Brahmin Kaushika, the tale of King Janamejaya being reprimanded by Sarama, the dog, the tale of the golden mongoose that extols the commitment and sacrifice of a poor, yet large hearted family at Hastinapura and so on. These tales of such worthy common people and beings are many in number provided the reader is open to them. When one contrasts the rivalry of the Sons of Pandu with the sons of Dhritarashtra with this deeply rooted and spiritually elevated subaltern world, one would realize that these simple-minded people were worth fighting the Great War of Dharma in the end.

Gautam Chikermane’s Tunnel of Varanavat explores the tale of Badri, a warrior turned miner, who plays the saviour of the very future of Hastinapura, and subsequently, of the Aryavarta itself. His character in the Mahabharata might not have got a mention of more than a couple of verses, but the book carves a niche, delving into the episode of the burning lac house, where the Pandavas narrowly escape death with a miner, a confidante of Vidura playing the chief protagonist.

What is inspiring about Badri is that he manages to carve out his story out of the political conspiracies and emerges a hero. Fighting against a web of murderous conspirators, with the future of Pandavas resting on his shoulders, Badri also faces the ghosts of his own past, struggles with unrequited love and parallelly pursues his spiritual quest.

The pace is wonderfully balanced, with the taut narrative with unexpected twists alternating with the spiritual commentary in a simple yet fluid flow of words. With romance, adventure and conspiracy, adding different flavours, each reader gets to draw his or her own unique experience from the story. There is hardly a place where one feels like to skip reading.

The other characters that the author has created, the rebel leader Janaki, who seeks fairness to her people, the seductive Rasilee and the very endearing and fierce female protagonist Urvashi, all make complete heroines, having strong and tender sides to them. One would have to read the book to appreciate the depth of the antagonist, Purochan, the master conspirator behind the plan to burn the Pandavas in the fateful lac house. The conflicting facets of a cold-blooded monster with an extremely soft corner for children make for a fascinating read. Veer, the faithful dog rescued by Badri provides the spiritual fantasy angle with its telepathic abilities, being a true friend in need. We, of course, meet the Pandavas and their mother Kunti, with each given the depth and uniqueness that is due to them. It is refreshing to see an author not undermining one character of the Mahabharata to glorify another.

Of all the characters, Rishi Kedar deserves a special mention. The guru is not only a realized soul brimming with equanimity and wisdom, but also an active proponent of Dharma. The foreword mentions that the author is deeply influenced by the teachings of Sri Aurobindo, the renowned yogi, philosopher, nationalist and freedom fighter. In Rishi Kedar, we see an indulgent guru, a detached seer and a committed contributor to the cause of Dharma. The relationship between the Guru and the disciple, to me, was the highest point of this book. Under his training and guidance, we see Badri do a marvellous job of balancing his spiritual and materialistic sides pivoting on Dharma. The dual sides of this fulfilled philosophy come forth in Rishi Kedar’s quote – “When you fight with Dharm, your body becomes the instrument through which the spirit will reveal itself.”

When I saw the first-person narrative, I had wrongly assumed that the book would have a lot of ‘common man’s wrath against the oppressive royals’ as is the popular literary trope among the other subaltern tales of Mahabharata written by modern writers. But, Tunnel of Varanavat changed my perspective about the modern writings on Mahabharata because it does not condemn the common man of those days to live a life of complaints and negativity. It instead celebrates these common cogs in the wheel of the society and the vibrancy of all the Chaturvarnas working together in tandem to form the virtual single being, the society. Be it a miner, a warrior, a student or an attendant, all the characters believe in staying true to their roles, with pride and commitment. All of them claim their share of the Purusharthas, be it Dharma, Artha, Kama or Moksha. The book is refreshingly different from most of the other books in the genre by those authors, who seem to think that they are ‘giving a voice’ to the supposed underdogs. In fact, the characters of Mahabharata don’t need us, the modern authors, to lend them our voice. But, we stand to explore and learn a lot from them by honestly visualizing and reimagining the tale from their perspective.

Reading the Tunnel of Varanavat fills the reader with a sense of pride about being a citizen, irrespective of what their role is in the macro scheme of this world. As a lover of the Hindu ancient past, it made me want to linger in that subaltern world, cherishing the common wisdom laden with simplicity as well as insight. I hope Gautam has more such multi layered adventures from our past.