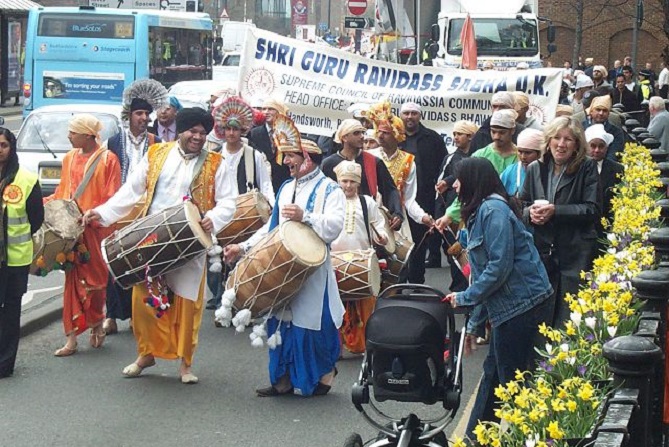 Britain’s Hindus, Sikhs and Jains, its peaceful Dharmic communities, are faced with the worst historic setback they have ever suffered on British soil. The threat of anti-caste judicial activism in Britain and the wider world beyond is now almost certain to become a dreaded reality. Predictably, the incumbent Conservative government, which had pretended sympathy over the threat of an ill-conceived anti caste law for electoral reasons, is readying to betray them. And what it has done, in usual inimitable style, is to create a smokescreen to mislead the affected communities with a false sense of security. It has initiated a sham consultation to review the desirability of such legal provisions against alleged caste discrimination. But behind the scenes the government and its agents are engaged in a sordid approach to community leaders in order to persuade them to accept a legal regime that would be profoundly detrimental to the interests of the community.

The consultation document is so shoddily crafted it implies a lack of respect for the affected communities. It contains casual inconsistencies and missteps. Worst of all, the government seems to have reached a decision already on what the outcome of the consultation will be, in advance of it. It bespeaks withering disregard for people of Indian origin while British ministers serenade gullible Indians about the merits of free trade with the UK. The consultation document artificially differentiates two aspects of the singular assault against Dharmic communities as supposed alternatives. The first is legislative sanction to create a civil offence of caste discrimination. The second is to allow the courts to continue deciding, as they are already doing, alleged caste discrimination complaints by covering them under existing provisions on racial bigotry. In fact, the choice offered to the Dharmic community is between hanging and strangulation, deviously presented as reasonable alternative outcomes!

It appears that some so-called leaders of the Dharmic community have effectively accepted the outcome that favours anti caste judicial activism. A determined effort is being made to ensure members of the Dharmic community participating in the consultation consent to courts adjudging allegations of caste discrimination, the second even more disastrous alternative to legislation. The outwardly sensible quid pro quo apparently to be offered is no new legislation would be enacted on caste. However, legislation on caste discrimination might have, at least, embodied exceptions to curb the worst excesses of open-ended culpability in cases brought before the courts. But resort to the courts to create case law on caste would be the worst possible development for the Dharmic community. It would impact very negatively on their co-religionists across the world as well. In this disdainful conspiracy, self-appointed parliamentarians, who purportedly articulate interests of the Dharmic community, are acting on behalf of the very evangelist lobbyists who sought the diabolical anti caste legislation in the first place. And these are the same suspect parliamentarians in whom some community leaders have reposed their unquestioning faith.

If British courts retain the right to judge cases of alleged caste discrimination, for which there is hardly a shred of evidence of verifiable individual instances, out-and-out civil war will be precipitated within the Dharmic community. The courts have already shown themselves malicious and clueless on matters pertaining to caste. And the temptation of some individuals to make false accusations and resort to courts of law will be compelling because it would be potentially lucrative. And there is evidence that it is already occurring, incited by evangelist groups. These venal evangelist groups appear to have been energised by the genocidal wars their governments are waging in the Middle East and wish to turn their attention to the subversion of India as well now.

The incompetence of British courts in cases involving caste has already been emphatically demonstrated by the extraordinary example of alleged discrimination by a Buddhist couple against a Christian convert. An accusation of underpaying a maidservant, reputedly a Dalit convert to Christianity, was turned into a morality play about all people of Indic origin. Christian third parties intervened suddenly while the hearing was in progress, to turn a likely misdemeanour over underpaid wages, into an accusation of caste discrimination. The court in its wayward imagination effectively pronounced that any dispute in which a plaintiff was of low caste ancestry, despite conversion that supposedly ought to have freed the person of the alleged damnation of Hinduism, is necessarily a victim of caste prejudice.

The Chandhok v Tirkey case represents extraordinary judicial activism that would be enshrined in statute if legislation is enacted of caste discrimination. This case resulted in an astonishing and unprecedented enlargement of the supposed notion of caste history and practices. It found a Buddhist couple liable to huge civil damages for alleged caste discrimination. There was no apparent comprehension of the implausibility of the accusation since Buddhism was the faith of the supreme leader of so-called oppressed Dalits, Dr Ambedkar. And it is the faith to which millions of Dalits have converted in a bid to gain freedom from the alleged evils of Hindu caste system.  In effect, a British Employment Tribunal, possessing no knowledge or expertise on the matter, has taken it upon itself to radically redefine the history and practice of a five thousand year-old civilisation.  There is arrogant presumption and illiterate conflation of diverse form of consanguineous affiliation, of all South Asians, as forms discriminatory practice. Completely fresh legislation is required to curb this abomination of condemning all people of Indian origin of being innately prone to discrimination on the basis of descent.

The attempt by the government and its disgraceful Hindu interlocutors to draw a false distinction between the significance of case law and the pending legislation suggests absolute bad faith. The wording of the consultation document cynically and deviously presents the two dimensions of the same issue as apparent logical alternatives. The purpose is to elicit ignorant assent from the community for courts to adjudicate caste discrimination complaints on the basis of individual cases, amounting to veritable disaster for Dharmic communities. The courts have already allowed the evangelist accusation against all Dharmic communities to dictate their ignorant understanding and erroneous view of caste. And the adjudications of British courts will become the basis to envelop all Dharmic communities in a quagmire across the Commonwealth and elsewhere too. The intended legislation to activate secondary legislation to create a new law would merely be the culmination of the most egregious historic assault on all people of Dharmic dispensation already unleashed by the existing case law of Chandhok v Tirkey.

The British government and its courts are accusing an entire civilisation, which not even the supposed victims of caste oppression have ever espoused, by unprecedentedly identifying Buddhists (and Sikhs) as casteist. This blood libel should be denounced as the product of a hateful war against all people of Dharmic origin launched by British Anglicans, seeking to provoke civil war within the Dharmic community. They have apparently seen the fruits of the Sunni-Shia sectarian civil war, the West has helped to incite within Islam. Yet there is a dismaying rumour that the Government of India is disinclined to oppose the use of British case law in instances of alleged caste discrimination against not just Hindus, but, unprecedentedly, against both Sikhs and Buddhists as well. If that is indeed the case, there is apparent support from New Delhi for civil litigation against alleged caste discrimination being launched in all Commonwealth countries. These countries will indubitably look to judgements of British courts to reach verdicts in their own. In addition, similar legislation will follow in the European Union and the US once the British and Commonwealth example is established as legitimate and morally appropriate.

If the Dharmic communities’ consultation representation fails to point out the inseparable inter-connectedness between legislation and the case law on caste and the latter survives, which seems to have been the intention of the government from the very outset, the Dharmic community will find itself in an unenviable position. It will have to mobilise afresh, with virtually identical arguments against the case law. The hugely difficult task of mobilisation and persuasion of the Dharmic communities will prove infeasible a second time and cannot be sustained, judging by how difficult it has proven already. A demand from the community for repeal of the case law through additional legislation will also seem unreasonable for practical and psychological reasons when the legislative danger has already been removed. The pro lobby favouring caste demonization will surely be vastly empowered to oppose such a demand for repeal of case law intervention on caste.

Supposed leaders of the Dharmic community should be forewarned against accepting the devious suggestion that case law resolution of alleged caste discrimination is reasonable. It is the outcome sought by the evangelist lobby to inflict a historic setback on Hindus, Buddhists, Jains and Sikhs worldwide. Quite clearly, supposed leaders of the community are also markedly ignorant of the law and its potential impact and this ignorance is proportional to their confidence in commending the case law to the public. Of course so called community leaders can expect rewards for acquiescing to the view espoused by the authorities. This will be in the usual form of paltry honours like OBEs and MBEs and some will receive desperately prized knighthoods and peerages. There is no cognition that these honours celebrate the British Empire and Indian servitude within it. In fact, all Hindus should hand back honours already received to Her Majesty the Queen in protest against the egregious assault against their community that will blight the lives of the young, most of all. This recommendation has found no traction, but caused offence to some recipients. As it happens, there is no evidence of such caste discrimination in the UK, but the courts will be used to craft spurious instances that the evangelist lobby failed to identify in decades of fraudulent scheming.