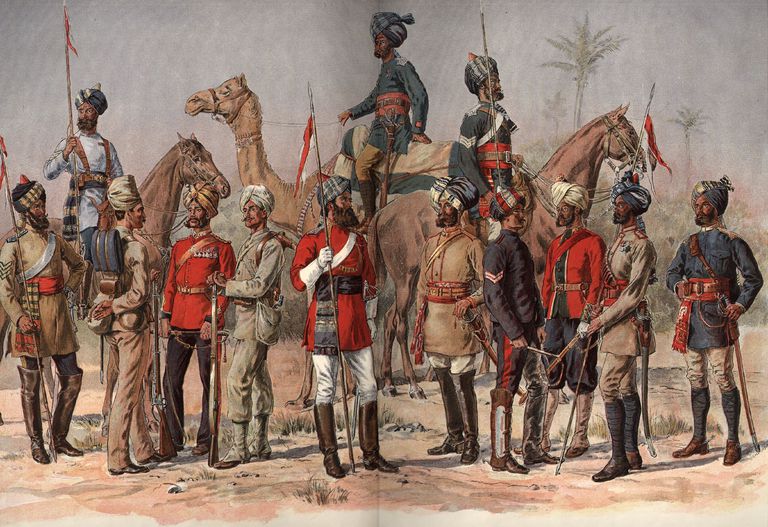 Even though leaders like Dadabhai Naoroji and writers like Will Durant had highlighted long ago about the huge economic drain foisted on India by their British masters during their rule, a discussion on India asking for reparations from the British for the same has started only in the last couple of years.

In all probability, it was Congress leader Shashi Tharoor, who first made a speech at Oxford University, and then, was pushed by his publishers to write a book: “An Era of Darkness: The British Empire in India”.[i]

It talked about how more than 35 million people were killed or lost their lives in bloody reprisals, artificially created famines, instigation of riots etc.

Recently, another research by Utsa Patnaik, which has been published by the Cambridge University Press, has argued that the British owed $45 trillion to India for their economic drain. This, when continued to lie through their teeth that India was actually a drain on their economy.[ii]

The demand for reparations, or an apology, from the countries perceived to have committed war crimes or other kind of atrocities has been a feature of European politics after the World War-II. Germany, vilified for its Nazi past, has virtually been at the forefront of those offering apologies. Chancellor Angela Merkel seemed to have started a trend, as it were, since 2008.[iii]

Even the Vatican often come up with apologies on various issues, including that of sexual abuse of children in their Churches, and other topics.

In the Eastern region, Japan has been seeking forgiveness for its excesses in the World War-II almost continuously for the war crimes like forcing Korean women to be “military sex slaves”; euphemistically called “comfort women”.

One of the enduring features of these apologies is that the victim side has made it a point not to forget those horrors. By making a village out of the scrap of bombs (dropped by Japan); keeping the holocaust sites intact (in Germany); or erecting statues of “comfort women” (in Korea) are just some of these methods.

In India, the word “apology”, described as a public acknowledgement by the powers-that-be that something really outrageous and unforgivable crime has been meted out to a particular people, is of rather recent origin. And it has been used largely in the context of Congress and the BJP camps trading charges on the 1984 anti-Sikh state sponsored pogrom and the 2002 post-Godhra riots of Gujarat.

But, British colonial past — as a story of unethical rulers wringing the natives dry not only of their economic wherewithal but also destroying its entire sub-structure on which the entire civilisation rested — has already been a forgotten story, post-independence.

If anything, the brutal part has not only been air-brushed in our history books, the British have been projected as “benign benefactors”.

For instance, one always knew about the Bengal famine since school days. But only now I know that it was a “man-made famine”, caused by the British, who simply drained the grains off from India, even as Indians simply did not have the purchasing power to buy the grains that lay stacked in the dockyards to be shipped-off to Britain. This is just one example.

On the other hand, British are credited with giving India the railways, telegraphs, abolishers of oppressive customs and bringing progressive education, in the absence of which India could still have been wallowing in filth and squalor.

What is worse many feel that the Hindu civilisation itself had a lot to thank the British, or at least the men from the West, for their “Love for India”, who revived several sacred Hindu texts.

So, should India not claim reparations from the British?

Perhaps, yes. But what for!

An apology, however heartfelt, is not going to return the glory that India once was. Further, Will Durant, in his book, “The Case for India”, talked about the impact economic ruin has on other aspects of a civilisation.

In Durant’s words: “From poverty come ignorance, superstition, disease and death. A people reduced to these straits cannot afford education; they cannot afford the taxes required to maintain adequate schools; they cannot afford to spare their children from productive employment during the years of public instruction; every penny is taken from them that could have been used for proper education.”[iv]

Incidentally, while Naoroji, in his book “Poverty and Un-British Rule in India”, pointed out towards the huge money drain Britain extracted from India, he also in another other essay praised the British rule for many things, like railways, telegraphs and education.

In an essay in 1871, Naoroji wrote, under the sub-head “The Detriments of British Rule”: “In the cause of Humanity: Nothing. Everything, therefore, is in your favour under this heading.”[v]

But, the assessment of a man writing when the British were still here and the demand for independence, as we know it, was still in a nascent age, can be allowed to be different from a man born in free India.

Lamentably though, it has not happened even six-seven decades after independence. India’s failure to make that transition is appalling and must be seen as a rare example, where the natives have not been able to wrest the initiative. There is little doubt that it was thwarted, both by accident and the design of the elite that simply replaced the outgoing British.

That slavish mentality continues to exist even now. Sample this: While we all acknowledge that “brain drain” of the 1960s to 1980s was a crippling blow to India’s development, there are studies, who see the positive side in this. They argue that what was brain drain in those times, became “brain gain” in the 1990s and has now led to a phenomenon in the 21st century called “brain circulation”. In other words, the proponents of such studies claim that it was, after all, “zero loss” to India.

Our primary education, to the higher education to our scientific education – everything was and is apologetically Western, as if no Indian ever got educated until the British landed here.

From our primary education, to the higher education to our scientific education – everything was and is apologetically Western, as if no Indian ever got any education before the British arrived. And capturing education means capturing the youth, who alone could imagine and bring about revolutions. In the Indian context, it is not surprising that they have only been able to establish the British (or the West) supremacy over the “native Indians”.

The reality dawns upon us when we compare ourselves with countries like Japan, which was destroyed after the World War-II, China, which got independence in 1949, or Singapore, which became independent only in 1965.

What is the striking difference between them and us?

In the intervening time, while India embraced her “tormentors as their benefactors”, these countries virtually shut the world out from their systems and developed their own indigenous capacities, as a result of which they are competitive in almost every sphere.

On the other hand, we, as a nation, were made to wallow in self-pity knowing that “Is desh ka kuchh nahin ho sakta (nothing good can happen of this country)”.

The costs of British colonialism have thrown impressive figures running into trillion dollars. But the demand for reparations should be used to calculate the rather incalculable loss we suffered because we continued to treat them as “our benefactors”, even after independence.

Indigenous corruption, brain drain, bureaucratic lethargy, virtual annihilation of the Hindu civilisation, languages and arts, loss of indigenous values and, not the least, an inability to believe in ourselves – the total cumulative loss would probably too much to calculate. Worse, India can’t pay reparations to herself.

So, yes, we should demand for reparations or apologies. But only to make those in India, who still believe that British were actually a good thing to have happened in a long-long time, to realise that there is “nothing called free lunch”; that, we have been left “penniless” in the bargain.