Butchers teach the values of Satya and Ahimsa 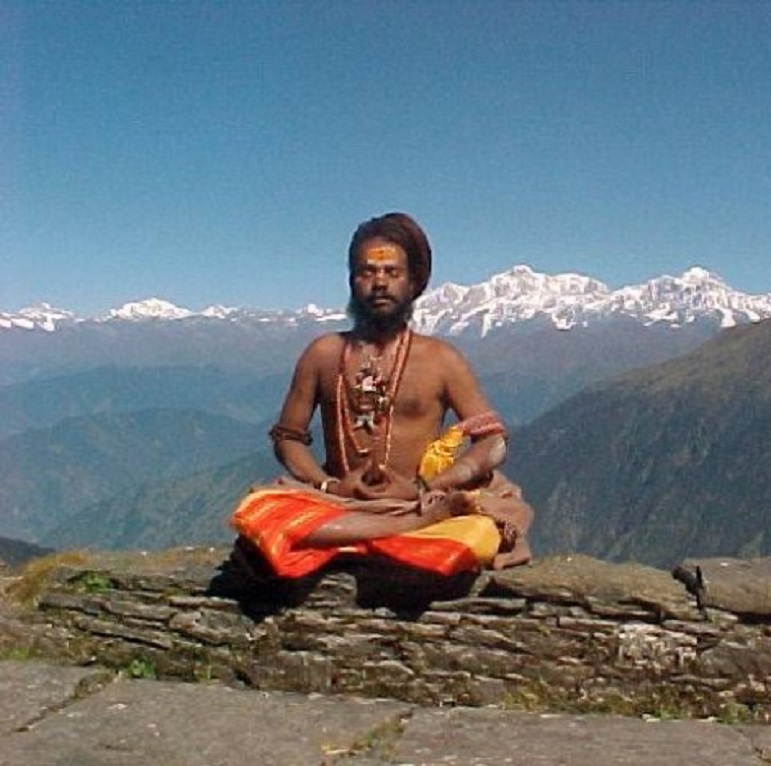 Sometimes, the best of the lessons are learned and taught, not in classrooms but in times and places where the distinction between life and death is murkiest. Consider the example of the Bhagavad Gita. Who would have thought that the sublime song would be sung on the battlefield which saw the death of forty lakh soldiers? Yet it did.

This essay recounts the tale of two such unlikely teachers who taught the characters in the story— and us—the quintessential lesson of Dharma and Duty.

As a typical Indian story begins, once upon a time there was a poor Brahmin named Kaushika. He learnt all the Vedas and decided to do Tapas to further sharpen his Yogic prowess and gain knowledge and Siddhis. His vigorous Tapas continued uninterrupted for years. The glow of the penance started showing on his face and his very aura started becoming radiant.

One day, while he was meditating under a tree, his concentration was disturbed when a sparrow started making noise while trying to build a nest on the tree. Kaushika glanced at the sparrow angrily and the poor sparrow burned to ashes that very instant.

Pleased by his progress, he went to a town nearby to ask for Bhiksha. At a particular house, the lady of the house took a long time to answer his call and finally gave him alms. This angered Kaushika who threatened to curse the lady and burn her down with his Yogic Powers. But to his surprise, the lady replied that she was neither a crow nor a sparrow, to be burnt.

Kaushika was amazed to see that an average housewife had such sophisticated Yogic powers without having undergone stringent austerities. The lady replied that by doing one’s duty, one can achieve all that is to be achieved. She redirected Kaushika to a butcher named Dharma Vyadha living in the city of Mithila who, according to lady, would impart knowledge to this learned Brahmin.

So Kaushika decided to check out this butcher.He reached Mithila, tracked down the meat-shop of the said butcher and was horrified at the sight of blood and meat and death around. He gives up the expectation of gaining any knowledge, but now that he had come this far, he decides to at leasttalk with this butcher. The butcher, however, knows the intent of this Brahmin and requests him to wait until his shop is closed, so that he can instruct the Brahmin about the intricacies of Dharma as told by the housewife in another city. Kaushika gets the second surprise of his life and his arrogance is thoroughly grounded and replaced by genuine curiosity, befitting an ideal student.

Dharma Vyaadha starts his instruction, ‘Oh tapasvi, I will instruct you on the nature of Dharma and Ahimsa by my own example. I am in this business because my family has been in this business for generations. It is my Kula Vritti. Upon careful thinking, I found out that this business suits me well. I devote all my time to ensure that my customers are satisfied with my service. Furthermore, it allows me to take care of my aged parents as well as my family.It also ensures that I have the ability to live a decent life in this good city. Do not judge an act as good or bad. No act is of higher or lower stature. It is higher or lower based on the driving force behind that act. Right action is achieved by the means of coordinated efforts in two directions: controlling the six enemies (Kaama/Krodha/Lobha/Moha/Mada/Matsara) and strengthening the Dharmic intent of the mind. Any action under influence of these six enemies is bad action.

Ahimsaa (nonviolence) and Satya (truth) are the two main pillars of Dharma. A decision on what is truth, under difficult circumstances, should be made by choosing that course of action which would lead to highest good of all that is (Bhuta). And Ahimsa is when a person wishes and acts for the benefit of all keeping the true understanding of Justice (Nyaya) and virtues (GuNa).’

Knowledge and bliss dawns upon Kaushika who thanks the butcher and bids him farewell. Dharma Vyaadha gives him final lesson, ‘Oh learned Brahmana! In your quest for mastering Vedas and acquiring Yogic Siddhis, you have neglected your duties towards your parents, your family and have become an ascetic. You learned from me, but you also have to learn from the housewife who sent you here. Dharma and knowledge can be achieved perfectly by staying in the society and fulfilling all the duties and earning all the Purusharthas. You have to pay back the dues to parents, to society before you attain liberation (Mukti). Quit Sannyasa, go back home, take care of your parents, start a family. You have my blessing, knowledge will shine upon you.’

It is both interesting and humbling to note that one of the finest lessons on non-violence given to a Brahmin by a butcher whose occupation is to kill animals. There is an elaborate story where the butcher tells Kaushika about his past life and how Shudras and Brahmins are defined. They arrive at the conclusion that good conduct alone determines who is Brahmin and who is not. And good or bad are themselves determined by the driving force behind every action in a given situation. Possession of qualities like purity, discipline and adherence to truth alone makes one a Brahmin, irrespective of the caste a person is born into.

Tale Two – The story of Gopalchandra Mukhopadhyay or Gopal Patha

Gopal `Patha’ Mukherjee, Gopal the Goat was among the most feared of Calcutta’s musclemen, with 800 boys under his command. He was an emperor and they were his army. Gopal Patha got his name because his family ran a meat shop on College Street which was, at the time of partition, a protector of his community.

When the Direct Action Day unleashed communal rioting in Calcutta, Gopal Patha assembled his force. In his words, ‘It was a very critical time for the country. We thought if the whole area became Pakistan, there would be more torture and repression. So I called all my boys together and said it was time to retaliate. If you come to know that one murder has taken place, you commit 10 murders. That was the order to my boys.’

While the words were uttered softly, it took a while for their import to sink in. Calcutta was up in flames and Gopal Patha, in effect, took the opportunity to douse the city in kerosene. ‘It was basically duty,’ he said, ‘I had to help those in distress.’ Patha says that his boys were always selective. ‘We only fought and killed our attackers. But why should we kill an ordinary rickshaw-wallah or hawker who happens to be a Muslim?’

‘A year later when Mahatma Gandhi came to Calcutta appealing for peace, people came with their weapons and placed them at the feet of Gandhiji. Shabbily-dressed people came with swords, daggers and country-made guns. However I didn’t go. Gandhi called me twice, but I didn’t go. The third time, some local Congress leaders told me that I should at least deposit some of my arms. I went there. I saw people coming and depositing weapons which were of no use to anyone—out-of-order pistols, that sort of thing.

Then Gandhi’s secretary said to me: ‘Gopal, why don’t you surrender your arms to Gandhiji?’ I replied, ‘With these arms I saved the women of my area, I saved the people. I will not surrender them. Where was Gandhiji during the Great Calcutta Killing? Where was he then? Even if I’ve used a nail to kill someone, I won’t surrender even that nail.’

I find a strange connection in these two stories. I think Gopal Patha understood the crux of Satya and Ahimsa in far better and nuanced way than Gandhiji during those difficult times. The more I think about it, the more I realize that the words of Dharma-Vyaadha resonated in essence from the words and actions of butchers like Gopalchandra Mukherjee.

As Dharmavyadha said, it is the driving force behind the action which determines its moral position. Satya is choosing a course of action which would lead to higher good in the long term, in a given frame of reference. And Ahimsa is acting for the benefit of all with true a sense of justice and virtue.

In these times where values, virtues, ethics, and morality depend on which side of the fence you are on, the story of Gopal Patha may sound crude, harsh, violent, and ‘communal.’ Yet, as the story of Dharma Vyaadha illustrates, the inaction on the part of Gopal Patha would have led to far more brutalities against the hapless Hindus of Calcutta at the hands of a determined mob intent on massacring them.

Which leads us to this question: what eventually happened to Hindus in Pakistan and Bangladesh? And what has happened to Muslims in India? This is the frame of reference to judge the higher and long-term good of humans. And this should be frame of reference while using terms like Satya and Ahimsa in the context of socio-politico-economic events happening in the Indian subcontinent for the last six decades.

The author is a biologist who pursues Indic philosophy, music, history and international politics. He describes himself as a Hindu Nirishwara-vaadi and a Saamkhya-Yogi.