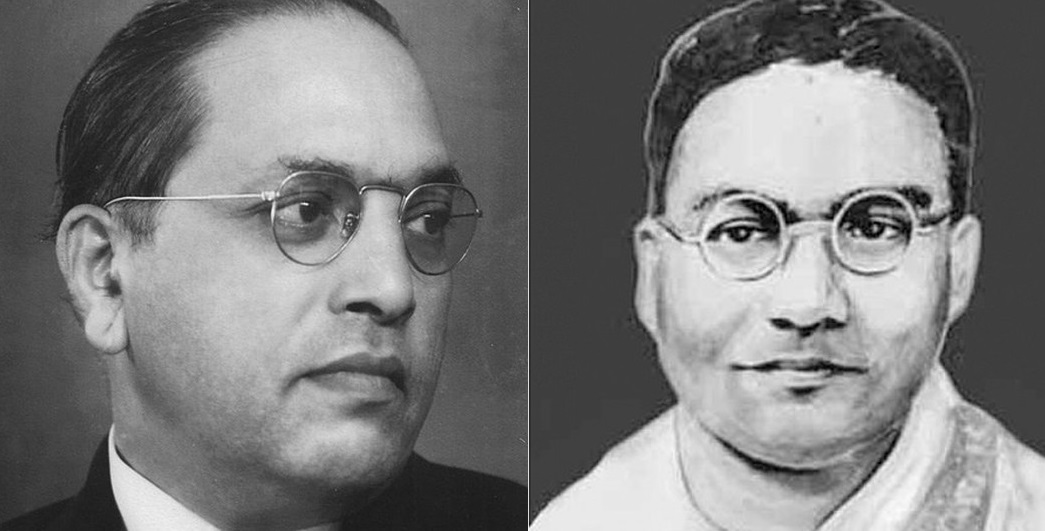 Amid calls for Muslim-Dalit unity, the maximum noise for which is being raised by leaders like All-India Majlis-e-Ittehadul-Muslimeen’s Asaduddin Owaisi, it would be virtually instructive to read as to whether any attempt has been made in the past to bring the two communities together and, if so, how did it pan out.

One need not go far, or rather should start, from what happened to Jogendra Nath Mandal, one of the tallest Dalit leaders from East Bengal (which later became East Pakistan and then Bangladesh).

Hoping that joining Pakistan would help the Dalits escape the oppression of the upper caste Hindus, Mandal not only himself bought the idea, but also influenced many Dalits to go to what was to become East Pakistan. The influence of Mandal is to be understood from the fact that he got Dr B R Ambedkar to get into the Constituent Assembly, when the latter had lost from Mumbai (then Bombay).

Further, he even influenced the vote in the then Sylhet district of Assam to vote for Pakistan. Like his friend, Dr Ambedkar, Mandal was the first Law Minister of Pakistan in the cabinet of Liaquat Ali Khan.

But, in 1950, Mandal resigned and migrated to India, as he found his personality being misused and his community brethren being harassed, humiliated and persecuted by the Muslims, who brooked no mercy in “the Land of the Pure”.

In his resignation letter, which he wrote on October 8, 1950, to Khan, Mandal, among other things, said: “The total casualties in the riots of Dacca and East Bengal were estimated to be in the range of 10,000 killed. I was really overwhelmed with grief. The lamentation of women and children who had lost their all including near and dear ones melted my hearts. I only asked myself. “What was coming to Pakistan in the name of lslam?”

Recalling the Direct Action Day (August 16, 1946, in the then Calcutta), Mandal wrote: “I was the only Scheduled Caste member returned on the federation ticket. I was included in Mr. (H S) Suhrawardy’s Cabinet. The 16th day of August of that year was observed in Calcutta as ‘The Direct Action Day’ by the Muslim League. It resulted, as you know, in a holocaust. Hindus demanded my resignation from the League Ministry. My life was in peril. I began to receive threatening letters almost every day. But I remained steadfast to my policy. Moreover, I issued an appeal through our journal ‘Jagaran’ to the Scheduled Caste people to keep themselves aloof from the bloody feud between the Congress and the Muslim League even at the risk of my life.”[i]

In fact, Mandal, literally went out of his way to keep this “tie-up” going. In his letter, he said: “The Calcutta carnage was followed by the ‘Noakhali Riot’ in October 1946. There, Hindus, including Scheduled Castes, were killed and hundreds were converted to Islam. Hindu women were raped and abducted. Members of my community also suffered loss of life and property.”

But, when there was a “No-confidence motion” against the Suhrawardy government, Mandal stepped in to save the government. He writes: “But I still continued the policy of cooperation with the Muslim League. Immediately after the massive Calcultta killing, a no-confidence motion was moved against the Suhrawardy Ministry. It was only due to my efforts that the support of four Anglo-Indian Members and of four Scheduled Caste members of the Assembly, who had hitherto been with the Congress could be secured, but for which the Ministry would have been defeated.”

Mandal then went on to write how, after Pakistan came into being, its leaders continued to evade the question of according separate electorate for Scheduled Castes and other minorities. “It is not difficult to understand what the motive is behind this kind of evasive tactics in regard to such a vital matter on the part of Pakistan’s rulers,” he wrote.

The letter goes on to point to further atrocities on Dalits in Pakistan. Mandal wrote: “Leaving aside the question of East Pakistan, let me now refer to West Pakistan, especially Sind. West Punjab had after partition about a lakh of people from the Scheduled Castes. It may be noted that a large number of them were converted to Islam. (Italics supplied). Only four out of a dozen Scheduled Castes girls abducted by Muslims have yet been recovered in spite of repeated petitions to the Authority.”

Lastly, Mandal was dejected also because he felt used and dumped. He wrote: “You used your position as the Prime Minister and leader of the Parliamentary Party to ask me to issue a statement, which I did on the 8th September last. You know that I was not willing to make a statement containing untruths and half-truths…It was not possible for me to reject your request as long as I was there working as a minister with you and under your leadership.” Mandal returned to India and died a rather unknown death in 1968[ii].

If Mandal appears to have hoped against hope, his counterpart, Dr Ambedkar was very forthright in his views on Muslims. He put forth his writings on the subject, when talking about partition, after the Muslim League passed the resolution demanding a separate nation for Muslims in 1940.

In his writings, Dr Ambedkar, whom Dalits regard “no less than God”, wrote: “Hinduism is said to divide people and in contrast Islam is said to bind people together. This is only a half truth. For, Islam divides as inexorably as it binds. Islam is a closed corporation and the distinction that it makes between Muslims and non-Muslims is a very real, very positive and very alienating distinction. The brotherhood of Islam is not the universal brotherhood of man. It is brotherhood of Muslims for Muslims only…Islam can never allow a true Muslim to adopt India as his motherland and regard a Hindu as his kith and kin.[iii]”

Also, Dr Ambedkar said that, while Muslims were believed to be eyeing the Untouchables for assimilating them within their fold, the fact remained that dalits were not able to get rid of the caste lines, even after converting.

Dr Ambedkar provides an interesting insight into this phenomenon by quoting extensively from a 1909 Census report from Bengal. The report, as quoted by Dr Ambedkar, said: “The Mahomedans themselves recognise two main social divisions, (1) Ashraf (or Sharaf) and (2) Ajlaf. Ashraf means ‘noble’ and includes all undoubted descendants of foreigners and converts from high caste Hindus. All other Mahomedans including the occupational groups and all converts of lower ranks, are known by the contemptuous terms ‘Ajlaf’, ‘wretches’ or ‘mean people’; they are called ‘Kamina’…In some places, a third class, called ‘Arzal’ or the ‘lowest of all’, is added. With them, no other Mahomedan would associate and they are forbidden to enter the mosque, to use the public burial ground.”

“The facts of Bengal are enough to show that the Mahomedans observe not only caste but also untouchability,” wrote Dr Ambedkar[iv].

It must be noted that Dr Ambedkar’s views on Muslims was not a mere academic exercise. He was interacting with their leaders and was in the thick of things in the run up to India’s independence and its immediate aftermath.

On the other hand, Mandal’s case was a practical example, as it were, where he appeared to have hoped against hope at considerable personal risk.

In fact, as Mandal wrote in his letter, he always saw Muslim League as “bargaining counter” and knew well that the communal problem would not be resolved by a separate nation; rather, it would get worse. But, perhaps, Mandal hoped that “similar economic conditions (particularly, in East Bengal)” of dalits and Muslims would help the dalits improve their situation, along with Muslims in their new nation. The reality turned out to be something else Muslims continued to see dalits as just any other non-believer.

Today, the call for unity is being given in the name of “donon majloom kaumen (both the oppressed communities)”. Can this be believed?