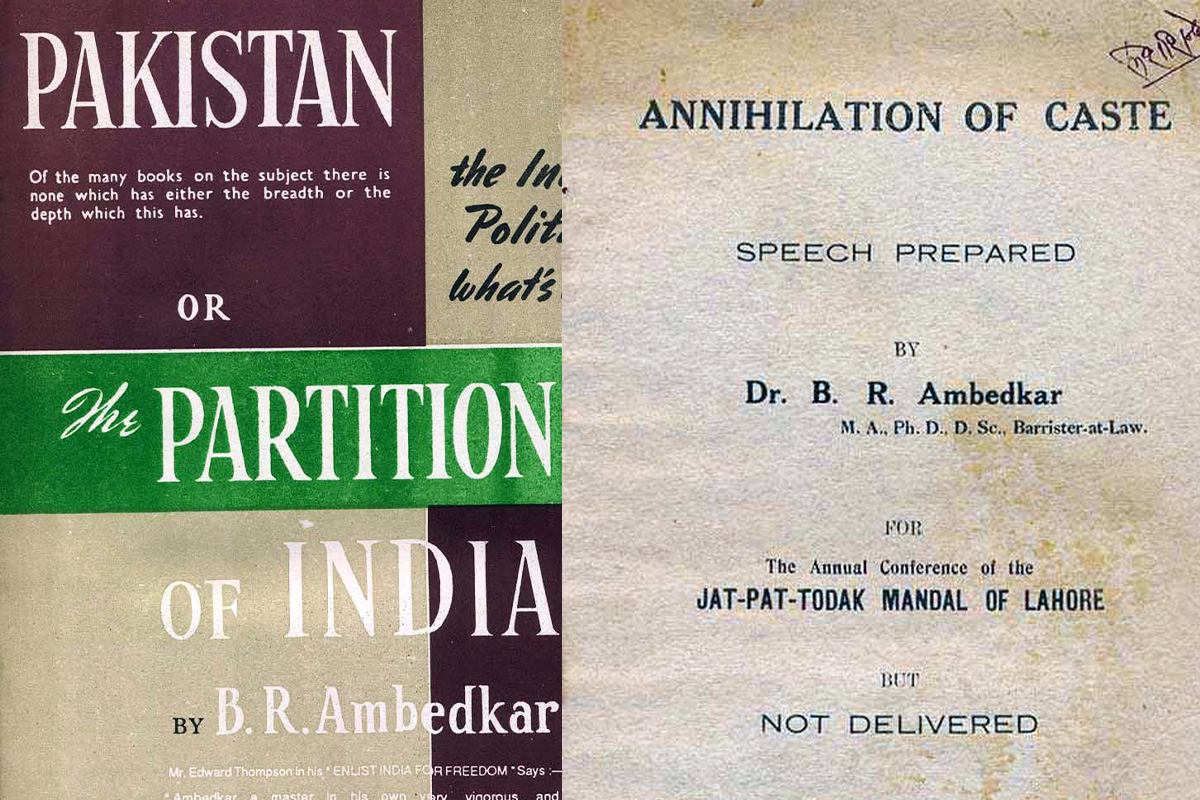 This short essay is in response to the following article published in ‘The Print’, a while ago.
https://theprint.in/opinion/why-i-converted-to-islam-and-buried-my-hindu-identity-dalit-camera-founder/359849/

The author says that after years of research, he found Islam to be the only religion in India which could annihilate the caste system.  He claims that his research on caste for the last 14 years led him to conclude that Babasaheb Ambedkar was right when he said that leaving Hinduism is the only way to fight caste.

It is true that in his Annihilation of Caste (first published 1936), Dr Ambedkar is highly critical of the caste system. He says that if Hindu society is to progress, its traditions must evolve. He concludes that internal reform of the caste system is virtually impossible and that the real key to destroy caste is destruction of the Shastras. He states that caste among Hindus is separate from caste among non-Hindus. Within the Hindus, caste has a religious consecration which it does not have amongst non-Hindus. He announces that he is leaving the Hindu fold and that as a concerned Indian, he will be watching the caste reform initiatives with sympathy and shall assist these as much as he can. He also acknowledges that his way for uprooting caste may not be the only way and that there could be other ways too.

A detailed analysis of the points raised by Dr Ambedkar in ‘Annihilation of Caste’ is not the focus of this piece and can be the subject of another writing. Without any comment on the merits/demerits of the reasons stated by Dr Ambedkar behind his announcement to leave the Hindu fold, the question is, is there anything in his writings which suggests conversion to Islam as the solution?

A chapter from Dr Ambedkar’s book ‘Pakistan or the Partition of India’ (first published 1945) can perhaps serve as a guide to his views in this regard. In its first edition, the book was published as ‘Thoughts on Pakistan’, in 1940. The book is one of the most comprehensive analyses of the case for & against Pakistan. He claims that he is neither making a stand for or against partition, but simply placing facts on record. He dissects the Muslim case for Pakistan, the Hindu case against Pakistan, the possible Muslim and Hindu alternatives to Pakistan, and then proceeds to provide his own views on Partition.

In Chapter 10 of the book titled ‘Social stagnation’, Dr Ambedkar says that social evils which characterize Hindu society, have been well known. The publication of Mother India by Miss Mayo (a polemical book published by American Historian Katherine Mayo in 1927 which attacked Indian society, religion & culture) gave these evils widest publicity. This created the unfortunate impression throughout the world that while the Hindus were grovelling in the mud of these social evils and were conservative, the Muslims in India were free from them, and as compared to Hindus, were a progressive people. That, such an impression should prevail, is surprising to those who know the Muslim society in India at close quarters.

On the issue of caste, everyone infers that as Islam speaks of brotherhood, it must be free from slavery and caste. While slavery has been abolished now by Law, when it existed, much of its support was derived from Islam and Islamic countries. There are prescriptions by the Prophet in the Koran regarding just and humane treatment of slaves but there is nothing in traditional Islamic doctrines about abolishing this curse.

While slavery is now against the Law, Dr Ambedkar observes that caste among Muslims continues. He cites the conditions prevalent amongst Muslims of (then unpartitioned) Bengal and refers to the following findings in the 1901 census.

Drawing from the census report, Dr Ambedkar similarly lists out the constituent castes of ‘Ajlaf’ & ‘Arzal’. He also highlights another observation in the report i.e., the prevalence of the panchayat system. The authority of the panchayat system extends to both social & trade matters. Marriage with people of other communities is one of the offences, of which the governing body takes cognisance. The result is that these groups are often as endogamous as Hindu castes. The prohibition on inter-marriage extends to higher as well as to lower castes. A member of one group retains the designation of the community in which he was born, even if he abandons its distinctive occupation and takes to other means of livelihood.

Dr Ambedkar then says that similar facts from other provinces could be gathered from their respective Census reports and concludes that facts for Bengal are enough to show that Muslims observe not only caste system but also untouchability.In the same chapter, Dr Ambedkar also talks of child marriage and quotes figures from the 1931 census to demonstrate that both communities suffer from the same malady. He also mentions a social evil that is more widely prevalent in Muslim society, the system of purdah. Wearing of burka (veil) for prolonged periods has deteriorating effects on the physical constitution of Muslim women. They end up suffering from diseases such as anaemia. They cannot take part in outdoor activities and lag behind their sisters from other communities. Also, a social system which limits contact between two sexes produces an unhealthy tendency towards sexual excesses. Further, Hindus are right to say that it is not possible to establish social contact between Hindus & Muslims because such contact can only mean contact between women from one side and men from other.

In another chapter, Dr Ambedkar states other issues which arise with conversion to Islam. He mentions that Islam divides as inexorably as it binds. Islam is a close corporation and the distinction that it makes between Muslims and non-Muslims is very real. The brotherhood of Islam is not the universal brotherhood of man. It is brotherhood of Muslims for Muslims only. There is a fraternity, but its benefit is confined to those within that corporation. For those who are outside the corporation, there is nothing but contempt and enmity.

The second defeat of Islam which Dr Ambedkar discusses is that Islam as a system of social self-government, is incompatible with local self-government. The allegiance of a Muslim does not rest on his domicile in the country which is his, but on the faith to which he belongs. Wherever there is the rule of Islam, there is his own country. Islam can never allow a true Muslim to adopt India as his motherland and regard a Hindu as his kith and kin.

Perhaps it will not be incorrect to say that that while Dr Ambedkar was highly critical of Hinduism, he did not think of conversion to Islam as the solution. This is further demonstrated by his accepting Buddhism on 14th October 1956. In fact, in his speech of 15th October 1956, he specifically attributed to Muslim invasions the chief reason for the destruction of Buddhism in India.

Cover image: Snippets from covers of a. Pakistan, or the Partition of India, and b. Dr. Ambedkar’s speech titled “Annihilation of Caste”. Courtesy: www.archive.org

An enthusiastic reader of books on history, politics, and philosophy, Manu is trying to develop an understanding of the world from the Bharatiya perspective. He is a logistics and management professional on weekdays, and he divides his weekends between volunteering and nature walks.