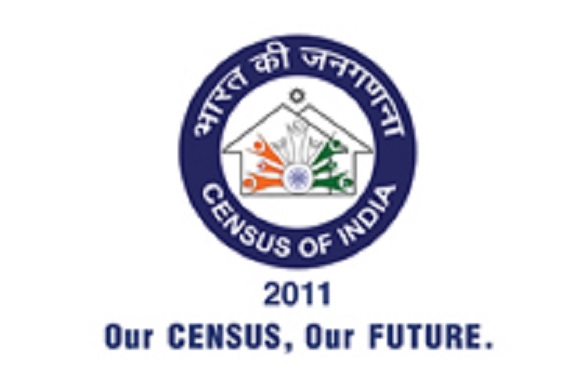 The long-awaited religion data for the Census of 2011 has not been published yet. But it seems that some journalists have been allowed to have a quick look at the figures. Consequently, many stories have appeared in the press; already several articles have been written to reassure the Hindus that the share of Muslims in the population of India has not really changed by too much and there is no serious demographic imbalance developing between different communities in India. But the reported figures seem anything but reassuring.

Muslims grow by 24.4 per cent against national average of 17.7 per cent

Another figure highlighted in the press reports is the rise of 0.8 percentage points in the share of Muslims in the population; they form 14.2 per cent of the population in 2011 compared to 13.4 per cent in 2001. The reports suggest that this increase of a mere 0.8 percentage points is small and not a matter of any concern. But this level of increase in the share of a significantly large minority community can hardly be considered small. It implies an increase of 8 percentage points in a century; that kind of change is large enough to drastically alter the social, political and geographical balance between communities.

It is also suggested that the imbalance in the growth rate of Muslims and others is a temporary phenomenon that is unlikely to continue for long. But there is nothing in the data to suggest any correction of the imbalance. In fact, if the figure of 0.8 percentage point rise in the share of Muslims during the last decade is indeed correct, then it would be the third time in a row that they would have registered such a gain. The share of Muslims had risen by almost exactly the same 0.8 percentage points between 1981-1991 and 1991-2001; their share was 11.8 per cent in 1981, 12.6 per cent in 1991 and 13.4 per cent in 2001; it is 14.2 per cent now in 2011.

It is clear from the above that the rise of 0.8 percentage points in the share of Muslims in the population of India is a continuation of an established long-term trend that has continued at least since Independence. In the sixty years between 1951 and 2011, the share of Muslims has increased from 10.5 to 14.2 per cent; two-thirds of this increase has happened in the last three decades alone.

Incidentally, in the period prior to Partition and Independence, the share of Muslims in the part of undivided India that forms the Indian Union now had not increased significantly, and it was actually declining in the part that now forms Pakistan; the share was rising significantly only in the part that now forms Bangladesh. But after Partition, the Muslim share has been rising both in the Indian Union and Bangladesh, very rapidly in the latter. Pakistan, in any case, had become almost entirely Muslim after Partition.

However in undivided India as a whole, the share of Muslims has risen continuously and consistently throughout the period for which the Census data is available. Their share was 20 per cent at the time of the first Census in 1881; it had risen to 24.3 per cent in 1941 before Partition and further to 30.4 per cent in 2001. On the basis of the available figures for 2011, we estimate the share of Muslims in the population of undivided India in 2011 at around 31.8 per cent. Thus the trend of increase in Muslim share in the population seems even stronger for undivided India.

[pullquote]What is critical in maintaining the demographic balance between different communities is not the absolute rate of growth but the gap between their respective growth rates.[/pullquote]

Another important aspect of the religion figures of the Census of 2011 that have appeared in the press is the very high growth of Muslims in some of the States of India. According to these reports, the share of Muslims has increased sharply in many parts of India, including in the states of Assam, West Bengal, Kerala, Goa, Uttarakhand, Jammu and Kashmir, Delhi and Haryana.

The real story of what is happening to the religious demography of Assam shall be known only when we get the disaggregated data for the districts and taluks. Earlier data indicated that several districts of Assam had become predominantly Muslim and many taluks were on the way to becoming exclusively Muslim. In such taluks, the absolute population of Hindus counted in 2001 was below the count of 1991. Given the surprisingly large rise in the share of Muslims in the State as a whole between 2001 and 2011, Hindus from many other taluks may have been compelled to flee from their homes.

Similarly there are also several districts and taluks in other parts of the country, especially in West Bengal, Kerala and Haryana, where Hindus have been reduced to an unviable minority. The impact of the rapid rise in the Muslim share in these States on the Hindus of those vulnerable districts and taluks within them can be assessed only when the detailed disaggregated data are formally released.

[pullquote]Given these trends, the need for the formal release of the complete Census data on religion has become even more urgent.[/pullquote]

The substantial rise in the share of Muslims in the population of Kerala is interesting for another reason. In Kerala literacy rates counted in Census 2011 are above 90 per cent for both men and women and Muslim literacy rates there have not been much lower than the average. The much higher rate of growth of Muslims in this State seems to indicate that the gap in the rate of growth of Muslims and the others is not related to literacy alone. In fact, according to the figures of 2001, the literacy rate amongst Muslim women was higher than the average in as many 10 major States of India. In some of these States, the difference in female literacy in favour of Muslims was as high as 10 percentage points. Yet in all these States, the growth rate of Muslims was also higher than the average.

Data on Christians has not been reported yet

While some glimpse has been given of the rise in the share of Muslims in the population of India as a whole and of several States, the reports have almost nothing to say about the share of Christians. From past trends, Christians are likely to record major gains in several parts of the country, including in the Northeast, Tamil Nadu, Chhattisgarh and Orissa. Within the Northeast, the data for Arunachal Pradesh and certain districts of Meghalaya and Assam, where rapid Christianisation had been happening in the earlier couple of decades, would be of particular interest. Census of 2001 also indicated increase in the Christian numbers in several newer areas. Detailed disaggregated data of the Census of 2011 alone shall give a clear picture of the further progress of Christianity in those parts.

A surprising aspect of the data that has been reported is the sharp decline in the share of Hindus in the total population of India. According to these reports, the proportion of Hindus has declined by 2.1 percentage points, from 80.45 per cent in 2001 to 78.35 per cent in 2011. Since the share of Muslims has increased by only 0.8 percentage points, what accounts for the larger decline in the share of Hindus? We do not have the detailed figures yet. But the large decline in the Hindu share is most likely to be associated with a spurt in the number of persons counted under “Other Religions and Persuasions”.

In every Census, concerted efforts have been made by certain groups to persuade different communities, particularly among the Scheduled Tribes of India, to get counted outside the Hindu fold. As a consequence of such efforts, 6.6 million Indians were counted under the category of Other Religions and Persuasions (ORPs) in 2001; the number in 1991 was less than 3.3 million. The decline of 2.1 percentage points in the share of Hindus in the count of 2011 suggests that the number of ORPs in this Census may have spurted threefold.

When the Census of 2011 was being conducted, intense campaigns were organised in several parts of India to dissuade people from referring to themselves as Hindus. There was even a campaign to make the Census authorities assign a new religious category in the questionnaire for this purpose. These campaigns seem to have achieved conspicuous success. Detailed disaggregated data on religion shall give us further insight into how this process has actually unfolded in the Census of 2011.

The reported figures of the religion data of Census 2011 thus raise several critical concerns. The figures show that:

(c) in several States, the growth of share of Muslims in the population has been much higher than the national average, indicative of the development of several predominantly Muslim pockets; and

(d) there has been a sharp decline in the share of Hindus in the total population. We yet do not have any figures for the growth of Christians, which could raise further concerns.

Given these trends, the need for the formal release of the complete Census data on religion has become even more urgent. We shall be able to fully appreciate the extent of change in the religious profile of different parts of India only when the detailed religious figures disaggregated up to at least the taluk level are made available. To understand the phenomenon of rising numbers of ORPs and perhaps also of Christians, it would be also important to have the detailed religion data for the Scheduled Tribes of India. Given the critical importance of these figures for understanding the changing social, political and geographical balance within India, the Census should consider making this data part of the Primary Census Abstracts (PCA), so that the religion figures become available up to the town and village level and can be correlated with various other socio-economic aspects of the population.

Lecture on Changes in the Religious Demography of India and the World in Last 100 Years: A Report