China wants to use Pakistan as disposable item, says US academic 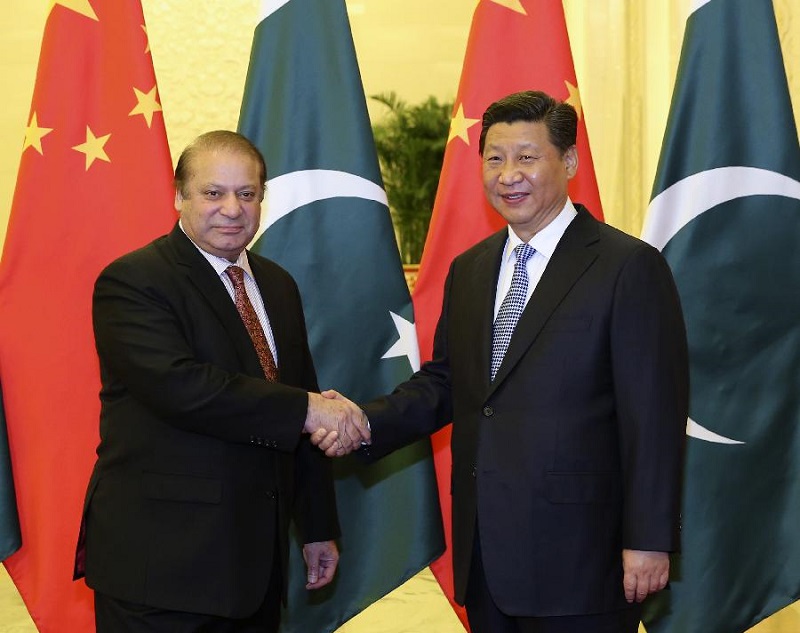 An American scholar, who is an outspoken critic of Pakistan army domination of their country’s politics and author of “Fighting to the End: The Pakistan Army’s Way of War,” has said China just wants to use Pakistan as a disposable item to mess with India but does not favor an India- Pakistan war. “In my view, China sees Pakistan as the “condom it uses to screw India.” China supports Pakistan just enough to embolden it to resist India but China doesn’t support an outright war,” Christine Fair, assistant professor at Georgetown University’s Edmund A. Walsh School of Foreign Service, told this correspondent in the backdrop of reports that Chinese President Xi Jinping is scheduled to visit Islamabad.

“Note that China hasn’t really supported Pakistan militarily in any of its wars except diplomatically in 1965,” Prof Fair said.With regard to the much-trumpeted China-Pakistan Economic Corridor, the US scholar said, “The Chinese need this as much as the Pakistanis. And as far as I can see, they benefit more from this. However, China cannot get maximum benefit from its investments in Pakistan and Afghanistan unless there is stability.”

To a question whether the Baloch can defeat Chinese ambitions, Prof Fair responded, “Bluntly no.China has a very diversified portfolio in the Persian Gulf. The Baloch can make trouble in Pakistan, for example Gwadar etc., but that’s about it.” She was of the view the Baloch should try to benefit from Chinese activities rather than subvert them.

However, the Baloch have a different viewpoint. “So far as China Pakistan Economic Corridor is concerned, the Baloch are resolved to sabotage China’s work and have succeeded in their efforts to some extent,” Kachkol Ali, a former fisheries minister and opposition leader in Balochistan provincial assembly, who now lives in exile in Oslo, Norway. Ali’s young son Nabeel Ahmad, 21, is among 18,000 Baloch victims of enforced disappearances.

After six centuries, Beijing plans return to the warm waters of the Arabian Sea and has committed $45.6 billion for the China-Pakistan Economic Corridor, CPEC. The two countries plan to link the strategically sexy port of Gwadar and Kashgar by road and rail, at a total cost $15 billion. However, Baloch militants have vowed they will not allow Gwadar to be taken from them. These militant groups fear ethnic flooding by Pakistan’s two dominant groups Punjabis and mohajirs, or Muslims of Indian descent who came to Pakistan during the 1947 Partition Holocaust.

The first significant attack on the Chinese was carried out by the Baloch Liberation Front of Dr Allah Nazar Baloch. The BLF gunned down three Chinese engineers working on Gwadar Port way back in 2004.Two weeks ago the United Baloch Army, UBA, which is reportedly headed by Nawab Mehran Marri, the new chief of the militant Marri tribe, blew up five oil tankers that were transporting oil to the Chinese-run Saindak gold-cum-project in Chagai. As many as half dozen Baloch militant outfits, though sometimes competing with each other, have vowed they will not allow the Chinese designs in Balochistan under Pakistan military boots.

Under international laws, third parties are not allowed to venture for profit into zones of conflict and Baloch social media activists have planned a twitter campaign April 9 and 10 with the hashtag #ChinaHandsOffBalochistan to coincide with the Chinese president’s visit to Pakistan. Pakistan army, Military Intelligence, Inter-Services Intelligence and paramilitary Frontier Corps are reportedly carrying out a tsunami of human rights violations in Balochistan, which has replaced Argentine and Chile as the world capital of enforced disappearances. Amnesty International and Human Rights Watch have criticized Islamabad’s brutal policies in Balochistan.

Prof Fair thought the CPEC should not affect Indian and US, Western interests. “The competitor is the India-Iran-Central Asia corridor. From the US optic, if such Pak-China corridor incentivizes China to persuade Pakistan to behave better…that’s a good thing.” With regards to military strategic ties, Prof Fair agreed that Pakistan-China have very strong strategic bonding. “China is the source of Pakistan’s nuclear weapons program and missile program. So this is very important. On conventional armaments, some of the Chinese stuff is quite good while others are quite crappy,” she said, adding,“Pakistan would still prefer US equipment if it can get it.”

Prof Fair was once widely respected in the Pakistani defense establishment but her book “Fighting to the End” has turned her into a rogue scholar in the eyes of Pakistan generals.Since then, she has spoken at Indian think-tanks and security related events, including the international counter-terrorism conference in Jaipur last month.