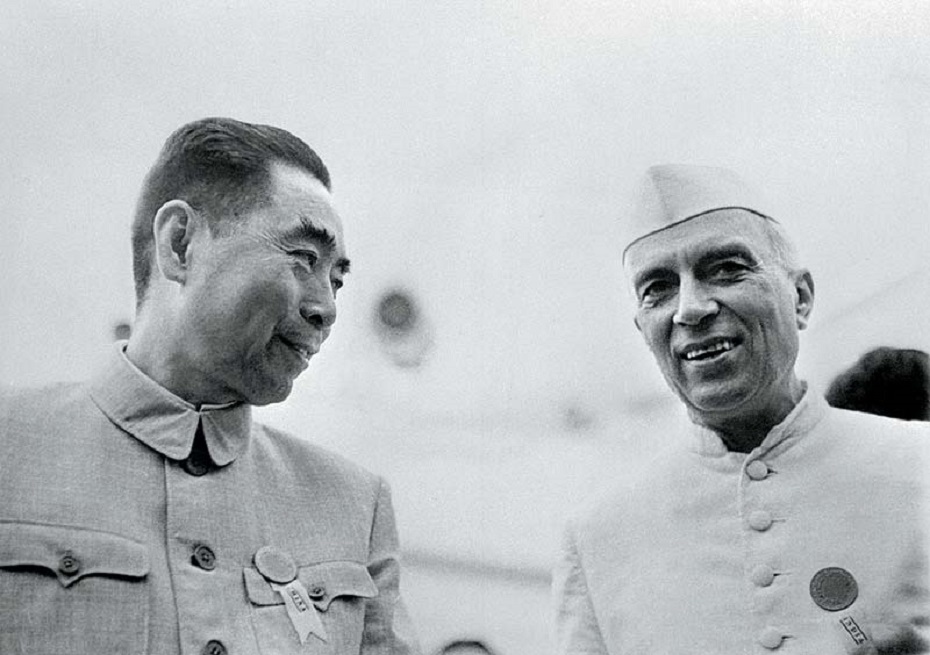 This is the fifth part of the IndiaFacts series on distortions of Indian History.

Another source of distortion of this period of history is rooted in the treacherous role played by the Communists. This is a matter of record, though Communist intellectuals, by monopolizing institutions like the Indian Council of Historical Research (ICHR), are trying to whitewash their role.

To understand their treachery, we should recognize that Communist leaders in other colonized countries were first and foremost nationalists who fought for freedom. Next, they came from the masses. This is true of leaders like Mao of China, Ho Chi Min of Vietnam, Fidel Castro of Cuba and several others. Indian Communist leaders on the other hand come mostly from the English educated elite. To them Communism (or Marxism) is not an ideology to help the masses, but a fad that keeps them apart as elite from the common people. They have always looked to the West for everything. So when India was fighting for her freedom, the Communists were agents of foreign governments like Germany, Russia, Britain and finally even Pakistan!

When the Second World War began, because of the Stalin-Hitler Pact, the Communists found themselves on the same side as Nazi Germany. They were ordered by Stalin to support Hitler’s war as a war against imperialist countries like Britain and France. When Germany attacked Russia in June 1941, the Indian Communists made a 180-degree turn and began supporting the British!

This meant working against national leaders like Gandhi and Subhas Bose, who were seen as enemies of the British. The great historian R.C. Majumdar wrote:

During the great national upsurge of 1942, the Communists acted as stooges and spies of the British Government… Mr. Joshi (of the Communist Party) was placing at the disposal of India the services of his Party Members… Joshi had, as General Secretary of the Party, written a letter in which he offered ‘unconditional help’ to the then Government of India and the Army GHQ to fight the 1942 underground workers and the Azad Hind Fauz (INA) of Subhas Chandra Bose… Joshi’s letter revealed that the CPI was receiving financial aid from the British Government, had a secret pact with the Muslim League…

As part of their pact with the Muslim League, the Communists openly supported the demand for Pakistan, “but went much further by saying that every linguistic group in India had a distinct nationality and was entitled … to secede.” After independence, the Communists struck a deal with the Nizam’s Government in Hyderabad and joined hands with the Razakars to fight Hyderabad’s accession to India with Pakistan’s help. When Sardar Patel sent troops into Hyderabad, Kasim Rizvi ran away to Pakistan, handing over the bulk of his guns and other arms to the Communists. The Communists kept up an armed insurrection in the Telengana region for a few years until ordered to stop by the Soviet dictator Stalin.

The Communists supported China’s attack on India and 1962 and also the Chinese nuclear tests, while vehemently opposing India’s successful tests at Pokharan. It is this formidable record of treachery that the Communist intellectuals are trying to erase by controlling institutions like the ICHR, NIEPA and NCERT. They have now joined hands with the Sonia Congress in a desperate struggle for survival. They are the strongest apologists for terrorism in the name of Jihad.

For over forty years after independence, India was ruled directly or indirectly by the Nehru-Gandhi dynasty. As a result, national interest was often sacrificed for personal dynastic interests. On at least three occasions, Nehru sacrificed India’s interests for the sake of international glory for himself.

First is his well-known blunder of referring Kashmir to the United Nations when Indian troops were on the verge of driving the Pakistanis out of Kashmir. The next was his betrayal of Tibet to please China and gain glory for himself in Korea. The third was his failure to settle the border with China because of his preoccupation with his fantasy of PanchaSheel. Nehru’s colossal blunder in Kashmir is well known, so I will briefly discuss his fiasco in dealing with Tibet and China.

But first I want to highlight an important but often overlooked point. It was not Pakistan that created the Kashmir problem. Nehru created the problem with his two blunders: referring Kashmir to the United Nations and agreeing to the present ceasefire line or the LOC. At the very least Nehru should have asked for the Indus River as the Line of Control. Similarly, what I want to do next is explain that it was not China but again Nehru that created the border problem with China with his multiple blunders. With his blunder upon blunder Nehru sacrificed thousands of lives— both soldiers and civilians. His grandson Rajiv Gandhi contributed his own share of blunders by sending Indian troops into Sri Lanka unprepared. Let me next examine the Chinese scene.