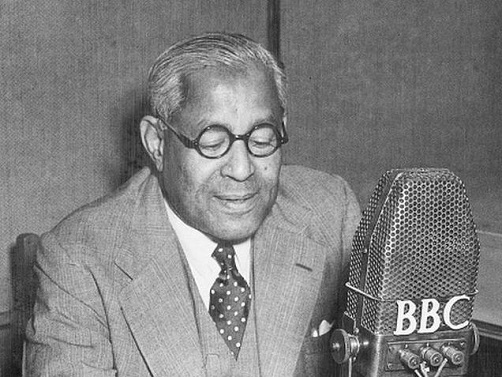 Any conversation or discussion about Indian history, society and politics is incomplete without mentioning Pandit Jawaharlal Nehru. For years his admirers have called him the ‘greatest nation-builder’ a ‘progressive democrat’, a ‘rationalist par excellence’ among other things.

Now post 1991, the case for Nehru became incredibly weak with each passing day as his own party, the Indian National Congress abandoned one of the greatest pillars of the Nehruvian thought system : socialist economics. But there was still no reason for the Nehruvian scholars to worry as the INC still liked to present the first Indian Prime Minister as an insightful visionary who could do no wrong.

Thus even two decades after India abandoned Nehruvian socialism, Pandit Nehru is still hailed as the greatest Indian leader to have ever walked this planet, surpassed only by Mahatma Gandhi as stated in the following extract:

The marked change in recent years has been how contested Nehru’s contribution to modern India has come to be – to borrow a memorable phrase coined by Arun Shourie, the “quilts of hagiography” seem to have been parted to some extent. Moreover, the arguments and reasoning put forth by Nehru defenders only brings out the clever verbal gymnastics one must indulge in to keep the quilts in place.

It has been somewhat accepted thanks to the strong propaganda of the Nehruvians that Pandit Nehru was an epitome of humility and was open to criticism. But facts and historical evidence tell a different story. Pandit Jawaharlal Nehru was known to be at loggerheads with other members of the first Indian cabinet as well as with prominent leaders of the Congress party.

The clashes he had with Sardar Patel are broadly covered in this piece.

[pullquote]Post 1991, the case for Nehru became incredibly weak with each passing day as his own party, the Indian National Congress abandoned one of the greatest pillars of the Nehruvian thought system : socialist economics.[/pullquote]

But few remember the impolite treatment that PM Nehru meted out to the country’s first railway as well as the second finance minister, John Mathai. Indeed, few if any historians or commentators even take the name of John Mathai. It is as though he never existed. As the first railway minister Mathai was responsible for restructuring the sector which was savaged by the second World War and the partition violence.

As the Minister of Finance from 1949 till 1950 Mathai presented the budgets for the respective years but was made to resign by Nehru following Mathai’s protest at the increasing power of the Planning Commission. The following is a press statement issued by Mathai upon his resignation:

However, the issue of the Planning Commission was only one of the reasons for Mathai’s resignation. He was particularly distressed about the manner in which Pandit Nehru dealt with issues of governance. And whenever someone informed Panditji of his mistakes he would either blame others or arrogantly brush them aside.

One good example of this was seen in Mathai’s case. When Nehru was questioned as to why the financial matters of the nation were handled by a non-statutory Planning Commission that too in an irregular manner, the PM tried to justify his arbitrary manner of functioning by accusing the Finance Minister of being insubordinate and claimed that he was pressurized by the Congress Working Committee.

[pullquote]Mathai was particularly distressed about the manner in which Pandit Nehru dealt with issues of governance. [/pullquote]

Reproduced below is an extract from a letter Mathai wrote to PM Nehru dated 17 June 1950:

It seems Dr. Mathai had the prescience of what would happen if a political party dictates the policymaking of the executive. We are all witnesses to the ugly manifestations of Mathai’s statement during the successive Congress regimes when Nehru’s daughter Indira Gandhi turned both the Government of India and the INC into her kitchen cabinet.

More recently, thanks to the revelations by Sanjaya Baru in his book The Accidental Prime Minister, we got to read in full detail the similar manifestations under by the UPA 2 regime where the Prime Minister was a little better than a puppet in the hands of 10 Janpath.

If PM Nehru was such a good democrat as his admirers suggest, he would have discussed the matter with the Finance Minister John Mathai and resolved all the issues. Instead, the good old Panditji asked Dr. Mathai to resign. Why? The reason can be found from this portion of the letter Pandit Nehru wrote to Mathai dated 27 June 1950:

What surprises me is that you should have cared to continue in a Cabinet of which I was the head when your opinion about me is such as expressed in your statement and your letter. If you have such a poor opinion of me personally and were so strongly opposed to the policies I wished to pursue,then there was not much common ground left for us to work together in a Cabinet.

What a fine display of democratic decency, wouldn’t you say?  In hindsight, Dr. Mathai should be credited for having the moral courage to oppose Nehru and for choosing to quit with dignity than to stay on and suffer Nehru’s arrogance. Indeed, here is what journalist Inder Malhotra (The Indian Express, 10 June, 2013) says about the devastating consequences India had to face for following Nehru’s policies:

India literally almost lived from ship-to-mouth, and those of us who lived through that era swallowed a measure of humiliation with every morsel of American food.

One another policy of Nehru which Dr. Mathai opposed was the signing of the Liaquat-Nehru Pact. This specious pact is hailed by many of our secularists as proof of Nehru’s pacifism and an idealistic worldview. However the pact was not so well received during Nehru’s own time. The Liaquat-Nehru Pact stated that:

So dedicated was the Pakistani side to the fulfillment of the pact that they ensured the exodus of about one million Hindus from East Pakistan (now Bangladesh).

Dr.Shyama Prasad Mukherjee resigned from the Nehru cabinet as a sign of protest. But even Dr.Ambedkar the Law Minister was critical of the pact. In his own resignation statement on 27 June 1950, the good doctor damned the insensitivity shown by Pandit Nehru against the afflictions faced by the Hindus of East Pakistan:

Thankfully Dr. Mathai resigned before the Pact was signed. But the extracts from the communication between Mathai and Nehru clearly shows how truly democratic and humble the great Pandit Nehru really was. That is one of the reasons for the Nehruvian propagandists to shrewdly conceal this fiasco.

But as the saying goes: Satyameva Jayate. Sixty plus years later, such skeletons are slowly but surely tumbling out of the closely-guarded Nehruvian closet. The more such skeletons, the uglier the truth that will be revealed about Nehru.