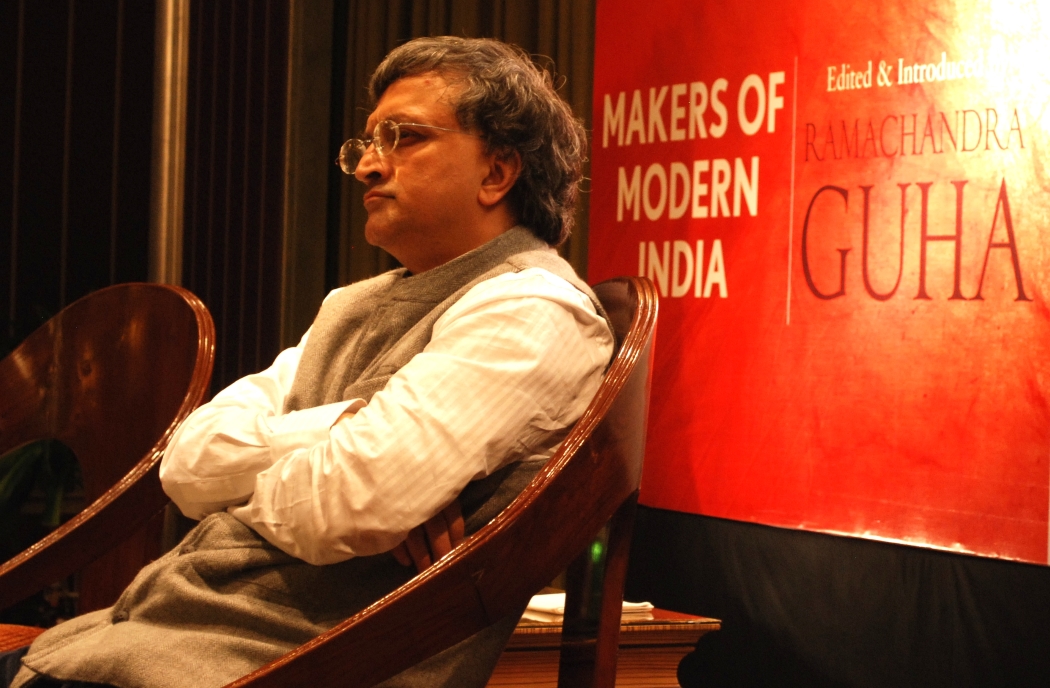 In post-Independent India, conformism to the received wisdom is the key to “glory” in social sciences/historical studies, and deviation leads to guillotine. Ramachandra Guha is fully conscious of this truism. His book, Makers of Modern India, deals with 19 mainly well-known, and a few lesser-known, personalities; many of them were titans of our national resurgence. Short biographical sketches are supplemented with their speeches, writings, etc, without any interrogation. While Jyotiba Phule, rightly, gets 20 pages, Sir Syed Ahmad Khan, considered by Guha among the “makers” of modern India, has about 16 pages on his speeches; Bal Gangadhar Tilak, in contrast, gets just nine pages. And, Lala Lajpat Rai is mentioned only in the foot-note. Guha, indeed, has a unique vision of history! Among the leading thinker-politicians from the West, omission of William Ewart Gladstone appears surprising, considering what all he wrote and did! India is not an “unnatural nation”, as Guha suggests. Long before it developed as a united entity in the 19th century under the colonial impact, it was the cultural unity which had provided the bedrock. Right from the 52 shakti pithas spread across the subcontinent, our saints and poet-philosophers had visualised the concept of ‘Bharatvarsha’

In post-Independent India, conformism to the received wisdom is the key to “glory” in social sciences/historical studies, and deviation leads to guillotine. Ramachandra Guha is fully conscious of this truism. His book, Makers of Modern India, deals with 19 mainly well-known, and a few lesser-known, personalities; many of them were titans of our national resurgence.

Guha cites a speech by Jayaprakash Narayan in Patna, when he said, “Travel to the remotest corners of India, and you will find things that are linked to our epics and scriptures – when we speak of the unity of India, we do not really mean its political unity.” It is the spirit of mutual accommodation born out of our ancient Hindu-Buddhist ethos that explains our survival as democracy, and the presence of a growing number of minorities – however distorted that “secularism” might have turned.

The author excludes Subhas Chandra Bose, Sardar Vallabhbhai Patel and many more, because they lacked what he calls “original ideas”. One always believed that great activists are mostly fired by original ideas. But then, the personalities, their writings/speeches and the bibliography he mentions are a matter between the author and the publisher. Surendranath Banerjee (“surrender-not” to the British), also called the “prophet of modern India”, who authored A Nation in Making, is not even mentioned in the foot-note! Dadabhai Naoroji doesn’t find a place among the 19.

Rammohan Roy’s Persian book, with its ‘preface’ in Arabic, wasn’t only an attack on idol worship, as Guha mentions, but also a critique of prophetism, and thus against intolerant monotheism. In any case, Roy was not talking of a creedal religion. In dismissing Shivaji rather pejoratively as a “warrior-chief”, the author ignores, among many others, the impact of the Shivaji tradition – the inspiration behind the nationalist challenge in Maharashtra and elsewhere. Rabindranath Tagore has a wonderful piece on this.

Guha blunders egregiously in comparing Syed Ahmad Khan with Rammohan Roy. Unlike Roy, Khan had no faith in democracy and liberal principles. The latter was in the habit of reminding his co-religionists about their tradition of military conquest and supremacy over Hindus. It is he who gave the sobriquet ‘Quwwat-al-Islam’ (might of Islam) to the mosque built over 27 Hindu/Jain temples in Delhi’s Qutub Minar complex. While Roy campaigned against sati, Khan never uttered a word against triple talaq, jihad, the concept of kafiror similar ideas. As for Aligarh’s Mohammedan Anglo-Oriental College, Guha smothers its role in spreading a vicious brand of Muslim separatism.

In Guha’s scheme of things, Mohammed Ali Jinnah is considered the “maker of India”! There is, however, no mention of his call for the “Direct Action”, resulting in the massacre of thousands of Hindus, and, of course, the persecution of minorities in Pakistan. In blaming “Congress arrogance”, “separate electorates” and the policy of “divide and rule” for Partition, Guha ignores the ideological-theological basis of Islamic separatism and Muslim propensity for street violence, exceptions apart. This perfectly suits our ‘secularists’, and would sell well in Pakistan, too.

The inclusion of Jayaprakash (JP) Narayan, Rajagopalachari, Rammonohar Lohia, along with Gandhi and Nehru, is apt, but then, by that logic, Syama Prasad Mookerjee’s presence in the book would not have been absurd. But then, this is the author’s prerogative! Hence, the exclusion of JP’s speech in 1974, preceding the fraudulent Emergency is not so surprising. After all, JP had a stellar role in giving us a respite from the dynastic rule. As there is a lot on Mahatma Gandhi and Jawaharlal Nehru everywhere, I refrain from commenting anything more on what he says. He admits a preference for the “older books”, yet there is none from the magisterial writings of venerable Ramesh Chandra Majumdar.

Hopefully, one day, some open-minded historian/publisher would dare to write an inclusive history on the makers of modern India. Besides excluding some, and including those deserving a place on the high pedestal, the ideal chronicler would care to include, besides Swami Vivekananda and Dayanand, the likes of Sri Aurobindo, JC Bose, PC Ray, CV Raman, Jamsetji Tata, Visveswaraiya, among others. Till then, many of us, at least our children, would be content with reading Amar Chitra Katha.

(This essay first appeared in the Sunday Pioneer)

Intellectual terrorism of the Left: The case for Dr. Makarand Paranjape