What Constitutes Yoga, What Doesn’t 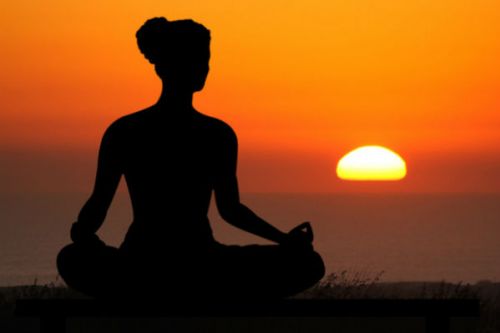 With another “International Yoga Day” having approached, it is good time to ponder over some fundamental questions like what constitutes Yoga and what does not.

This article seeks to answer both these questions

What is not Yoga?

Yoga is not a weight loosing, fat burning or muscle building activity.

Though as a secondary benefit, a regular practice of various Asanas will indeed help to burn excess fat, build muscles and make the body strong and flexible, the primary goal of Yoga is neither weight reduction nor muscle building. Any promotion of Yoga as a physical regimen to reduce weight or build muscle is not only misleading, it is a clear case of misrepresentation of Yoga. In short, weight reduction or muscle building in itself is NOT Yoga.

Yoga is not about treating or preventing physical and mental ailments.

Several studies have now demonstrated various health benefits of Yoga. Yoga is good to attain strength and flexibility. It improves cognition and respiration, and reduces blood pressure, cardiovascular risk, etc. It further helps to reduce stress and anxiety. Hence, a practice of Yoga leads to various physiological and psychological benefits. A healthy body is very vital in Yoga, but it is only a basic requirement for the higher practices of Yoga and not the ultimate goal itself.

Yoga is not about Social peace and Harmony.

A regular practice of Yoga will impart a healthy body and a clear mind to the practitioner. This will in-turn have a positive impact on the lifestyles of people giving rise to a healthy society that is peaceful and harmonious. But, Social harmony in itself is also not a goal of Yoga. It is only one of the side benefits of a practice of Yoga.

So, what is Yoga?

Yoga literally means “Union” or “Conjunction”. Patanjali Yoga Sutra (1.2-3) defines Yoga as a state wherein the patterns (vrittis) of the mind have been removed or stilled, so that the “seer” (i.e. Atman, the Witness) abides in his real nature”. Hence, yoga is a state of Samadhi, wherein the Self or Atman has been isolated from the limitations of Non-Self entities like body and mind, so that the Atman alone shines. This state is achieved by stilling the mind by causing all the various thought-modifications of the mind to cease. Just as various thoughts and dreams are products of modifications of “manas/mind”. Similarly, from a purely subjective perspective, the objective universe one perceives is also due to the modifications of one’s mind. The Atman is the witness and the body and the mind are the objects. Hence, when the mind is stilled and the modifications of the mind are brought into a stop, the objects merge into the subject and the Atman, which is the subject alone remains. This state of Samadhi is called as “Yoga” or “Union”, because there is a Union of the duality of object and subject giving rise to the non-dual abidance in Atman.

The whole system of Yoga has been conceptualized to attain this goal of “Abidance in Atman”. Patanjali describes an eight limbed process towards this purpose. These eight limbs are- yama (external discipline), niyama (internal discipline), asana (posture), pranayama (breath regulation), pratyahara (withdrawal of the senses), dharana (one pointed concentration), dhyana (meditative absorption) and samadhi (Ultimate Union). It is to be noted that Asana or practice of various postures and pranayama or the practice of breath regulation are not considered as foundational limbs. Instead they occur as third and fourth limb respectively. The foundation limbs are yama and niyama, which constitutes various external and internal disciplines. Yama includes ahimsa (non-violence), satya (truth), asteya (non-stealing), brahmacharya (celibacy) and aparigraha (freedom from avarice). Niyama includes shaucha (cleanliness), santosha, tapah (austerity/control of mind and senses), svadhyaya (self-study) and ishvara pranidhanani (devotion to God). Without a constant practice of these yama and niyama, no amount of Asana can lead to higher limbs of Yoga. The Yama and Niyama aims to purify the mind and impart detachment and dispassion to the practitioner. The aim of Asana is to keep the body healthy and make it a proper instrument for higher practice. The Pranayama aims to regulate the breath, which is very much necessary for stilling the mind. It is only by a proper synchronization of all the first four preparatory limbs that a person is able to withdraw his senses (pratyahara) and attain one-pointed concentration (dharana).

Therefore, the attainment of a healthy body, calm mind and harmonious surroundings are just preparatory stages that make a yoga practitioner eligible for the practice of higher stages of Yoga. In other words, Yoga is a Hindu system of practical spirituality that is deeply rooted in the philosophy of dharma and moksha.

But, does it mean that people cannot practice Yoga for physical or mental health benefits? The answer is No. It just means that, people must be aware of the essence of the wholesome system of Yoga and must not lose sight of its ultimate goal i.e. abidance in Atman for the sake of short-term benefits. Instead, each practitioner must understand his/her own stage in Yoga and work slowly towards the ultimate goal.

Hence, any practice of Yoga as a mere workout regimen or as a prescription of health without adopting and inculcating the wholesome philosophy of Yoga will make such a practice incomplete and of very limited use. Further, such incomplete practices will result in dilution and eventual destruction of the authentic Yoga practices, which we are already witnessing in many corners of the world, especially in the West, where practices like beer yoga, doga, etc. have taken roots.

Therefore, it becomes an obligation on the part of every genuine Yoga practitioner- both students and teachers, to practice and teach the wholesome system of Yoga without any dilution of any of its aspects.

The genuine teachers of Yoga in India and the west must take initiative to propagate authentic tradition-based yoga and counter any attempts at dilution or digestion. Some pointers towards this end: