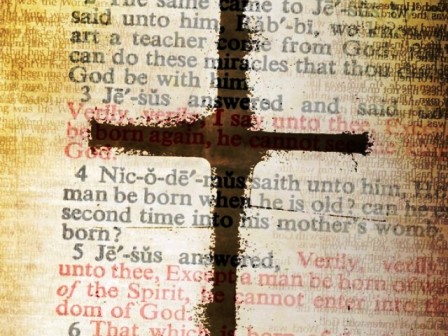 Imagine you’re poor and living in a rural area. Your child gets sick. You manage to transport her to a hospital or clinic. To your relief, the condition is treatable. But the cost of treatment is not just beyond your means, it’s beyond your imagining. However, says the kindly health care worker, you can get the treatment free of charge. All you have to do is renounce the centuries-old traditions of your people and convert to a foreign religion.

Such offers are being made to desperate people in the villages and tribal areas of India.

I just returned from a month in that country, to mark the Indian publication of my book, American Veda. In the 18 cities I visited, the most frequently mentioned topic was the shady tactics of certain missionaries.

Not all of them, mind you. Not the intrepid souls who work selflessly to help the poor, the afflicted, and the illiterate, in the spirit of their savior’s exhortation to serve “the least of these.” Such missionaries have been welcome in India for centuries, and the Hindus I spoke to are grateful for their good works. What is causing consternation and anger is a new breed of zealots, heavily financed by American fundamentalists, who seem driven to pile up numbers like door-to-door salesmen racking up commissions. Determined, fervent, and creative in pursuit of souls to save, they sound more like the snake-oil hucksters of legend than servants of Christ.

Targeting mainly the impoverished and uneducated, some of their tactics make the hospital bargain I described earlier look as reputable as ordering a book from Amazon. I was told of missionaries giving people temporary jobs in return for converting, and then threatening them with job loss — not to mention eternal damnation — if they reconvert to Hinduism. Families have apparently been torn apart because the converts are made to disassociate from the heathen.

I heard about missionaries who dress in orange robes to look like swamis. Gullible and desperate villagers are told that their traditional gods are actually corrupted versions of Christ; that the venerable saints and sages of India’s past were really Christians; that the three horizontal stripes traditionally drawn on the foreheads of Shiva devotees stand for the Holy Trinity; that the Upanishadic prayer that includes “Lead us from darkness to light” was meant as a cry for Jesus to save them.

A mother is sick? A father loses his source of income and can’t feed his family? The bus filled with youngsters suddenly “stalls” on a dangerous mountain road? Well, say the missionaries, try praying to your Hindu gods. Hmmm, imagine that: nothing changes. Well then, see what happens if you pray to Jesus. Wow! Lo and behold! The mother receives medicine. The father gets a one-day job that puts rice on the table. The bus engine starts again! If one prayer to Jesus produces miracles like those, imagine what converting will do!

I heard about people being told that their misfortune derives from their worship of Hindu deities, because the idols are really forms of the Devil; about village strongmen being paid to coerce conversions from other villagers; about women given a choice of walking a mile to haul water from their usual source or using the new well conveniently dug in front of a church. The price? Conversion, of course.

I don’t know if these egregious actions are commonplace or rarities. I do know that they are dishonorable. They’re about coercion, not spiritual conversion; extortion, not the exchange of ideas. And, if I may say so as a non-Christian, they are an affront to Jesus, whom every Hindu I’ve ever met regards as a holy man of the highest order if not an incarnation of God. I can’t help thinking that he would be as outraged by the deception being perpetrated in his name as he was about the moneylenders in the temple.

I told people in India that most American Christians would be appalled if they knew what was being done by their overly aggressive brethren. I was tempted to wait until after Christmas to test that thesis, but I decided that this season of goodwill might be the ideal time. So, what do you think, my Christian sisters and brothers? Is there some cosmic war for souls going on, in which anything goes? Or are there rules of engagement that civilized people should observe? What would Jesus say?

This article was first published on Huffington Post under the title “Missionaries in India: Conversion or Coercion?: It has been republished on IndiaFacts with the author’s permission.