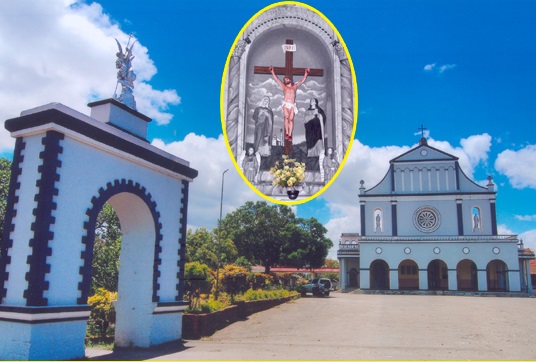 In our earlier report “Cordel Church Scam: Another Can of Worms?” dated 28th of April 2017, we had exposed a mega scam from Cordel Church, Mangaluru, Karnataka, which had shaken the conscience of the Christian laity.

Padre Valerian Pinto, the parish priest of Cordel Church sanctioned 21 projects to be constructed within the Cordel Church premises and collected huge sums of money from the general public. However instead of using the money for the said purpose, it was siphoned off to his personal accounts. Duplicate bills and vouchers amounting to more than five crores were forged. This figure was estimated based on the forged duplicate expenditure bills. If the loot in income side is taken, it could perhaps be many folds of this estimate.

The Bishop who was overseeing the church administration stepped in and tried his best to hush up the matter and confuse the issue. He used the powers vested in him by the Church to protect the accused Padre. Despite church members demanding justice, the Bishop took no action. In fact it is quite likely that he may have received a share in the misappropriated money, and in a surprising twist the Bishop voluntarily returned Rs. 15 Lakh to the Church from the misappropriated money. A five member Commission of Enquiry was constituted by the Cordel Church. This committee after a painstaking inquiry and verification of accounts found the Padre guilty of misappropriation. In other words, there was compelling evidence to indicate the Padre Valerian Pinto was guilty of fraud and in fact Padre Victor Machado, the current Parish Priest of Cordel Church had announced during the Sunday mass in July 2016 that Padre Valerian Pinto had been proven guilty of misappropriation by the Commission of Enquiry. The guilty Padre had apparently admitted to his guilt and had apologized in writing and assured to pay back the amount.

Apparently not. One member made a complaint to the police. The effort was in vain and there is reason to believe that there was pressure on the police not to act was clearly visible.

Then Robert Rosario, a social activist from Mangaluru, moved to the court with private complaint no 75/2017 in the court of JMFC II Mangalore. There were a total of 11 accused, including padre Valerian Pinto, Bishop Aloysius Paul, and advocate M P Noronha. Surprisingly the magistrate refused to refer the matter to police for detailed investigation and recovery of embezzled amount, and instead started a judicial inquiry. A total 56 documents including original forged documents, guilt admission by accused, were produced and marked. The present parish priest of Cordel church, and two others were examined on oath, and it appeared to be a simple matter.

At this juncture the logical step would have been to refer the matter to police for:

In a surprising twist, the Court Magistrate allegedly started harassing the complainant instead of acting against the defendant. He allegedly tried to discourage the complainant including encouraging physical attack on him right inside the court hall. It was clear that court magistrate was keen to stall the Court Inquiry and was probably colluding with the accused. Given this situation, complainant Robert Rosario sought sanction to prosecute magistrate Santosh Kunder from the Honourable Governor of Karnataka.

Some highlights of the alleged crimes of the magistrate, according to the appeal filed by Robert Rosario:

Three months have passed since the application for sanction received by the Governor and there has been no action yet, in either of the cases.

At this juncture drawing support from the judgement of the Supreme Court in the case of Dr Subramanian Swamy v/s Dr Manmohan Singh, which laid down that if the sanction is not received within three months, it is deemed to be a sanction and the complainant can move ahead with prosecution.

Accordingly, Robert Rosario approached the special court Mangalore on 24th January, 2018 with complaint to prosecute magistrate Santosh Kunder, advocate MP Noronha, Bishop Aloysius Paul and Padre Valerian pinto as accused under prevention of corruption act and Indian penal code.  The Court received the complaint and posted it for hearing on 31st January regarding maintainability. On 31st January, the court posted for orders on 7th February, 2018 regarding whether to give the case to anti-corruption bureau or not for investigation.

The most shocking aspect of this case is the clout of the accused on the judiciary. Advocate MP Noronha, who is also an accused in the case, had a partner in law firm “Manu Associates” who is now serving as the judge in the High Court of Karnataka. This Judge Mr Justice John Michael Cunha was honoured by the bar association of Mangalore on 4th November 2017. On that occasion the accused advocate MP Noronha was seen openly proclaiming his association with the judge.

The details of the affidavit may be found here.

Most CCNA study guides are about 800 pages so there are lots of concepts and nuisances that are covered and we highly recommend you purchase a CCNA study guide to assist you in your self study efforts.
300-115 switch
But it is a solid solution. The next suggestion is the Cisco Press CCNA study guide. This is a more expensive solution and is written in technical terms and probably does not explain some of the concepts as clearly as the Sybex Guide.
200-125 exam
Of course, Cisco 200-125 dumps are not intended for people who didn’t study CCNA 200-125 at all.
210-260 vce
In preparation of our CCNA exam, we want to make sure we cover the various concepts that we could see on our Cisco CCNA exam. So to assist you, below we will discuss preparing for the CCNA exam.
cisco
For example, the pdf questions, debate each topic at a distance, the applicants study them dull and annoying. Similarly, the applicants provide favorite to exercise test. A practice test is communicating and stimulating as associated to pdf material.
http://www.passexamway.com/
It is written in layman’s terms for very green students and it the cheapest solution. However I have found that it does not go as in-depth to some topics as I might like.

But it is a solid solution. The next suggestion is the Cisco Press CCNA study guide. This is a more expensive solution and is written in technical terms and probably does not explain some of the concepts as clearly as the Sybex Guide.
210-260 pdf
When you purchase a lab kit form us you will get a lab workbook to help guide you through your labs. But the lab workbook does assume that you have some basic knowledge about Cisco routers and switches.
cisco
For example, the pdf questions, debate each topic at a distance, the applicants study them dull and annoying. Similarly, the applicants provide favorite to exercise test. A practice test is communicating and stimulating as associated to pdf material.
300-115 pdf
Cisco 200-125 dumps only help you to reinforce what you have learned and gives you an idea of how the exam is like.
200-125 dumps
Bryant Advantage. The Bryant Advantage probably has the most comprehensive study package that is well written using lots of analogies so it can be understood easily by new CCNA students as well as seasoned Cisco professionals. It is on par with the Cisco Press as far as price and another nice benefit is he also has a lab workbook too. We also sell the Bryant Advantage CCNA Lab Hardware Topology to compliment his lab workbook so you can follow through all the labs step by step.
http://www.itcert-online.com/
Just focus on over study material for the preparation of CCNA Routing and Switching 200-125 Cisco Certified Network Associate.