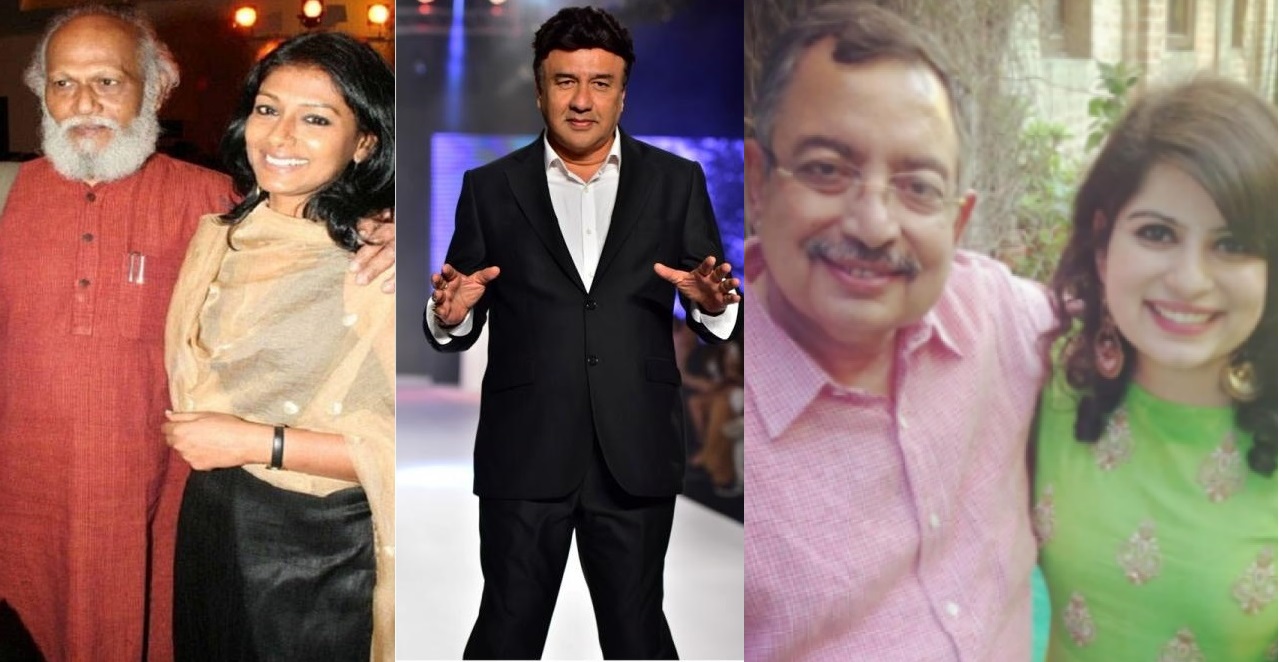 Of late, several personalities from the world of media, comedy, film and journalism have been outed on social media with the hashtag #MeToo for their atrocious behavior towards women[1]. This recent exposé is not anything new however. Beginning in the mid-twentieth century, women entered en masse into the workplace. Since then, incidents involving harassment and unwanted advances have been seen on a regular basis in both the workplace and the university. A recent spotlight on this has been shown thanks to a steady stream of allegations towards certain prominent people. Men such as Tarun Tejpal, Mahesh Murthy[2], among many others, have been accused. In examining this issue, it has to be acknowledged at the outset that this topic is a sensitive one and there may be no perfect solution. With this in mind, we can begin to examine the background for today’s situation.

At least in the western world, the system of marriage and family are widely seen to have broken down[3]. This however has not meant that either men or women have given up the appetite for sex. Instead, a new social order has come about where divorce, casual affairs, hook ups and live-in relationships are the norm. This trend is slowly picking up in India too[4]. Some feminist, liberal and left activists have hailed the demise of the family3. Ironically, it can be shown that women (and children) have been the worst victims of the so-called demise of the family.

Today, single motherhood is becoming the norm in many western countries. In the US,[5] for women under the age of 30, 80% of child births occur to unwed mothers and 1 out of 4 children is being raised by a single mother[6]. Liberals often call upon the state to take the place of the family support system3. Many liberal governments have created programs purported to “help” single mothers[7]. Thanks to such state programs, the economic impetus to have a family has been nearly taken away. However, the reality is that compared to traditional two parent households, children growing with single mothers are exposed to far higher rates of poverty, malnourishment, crime and insecurity[8].

Sexual violence has been estimated by the World Health Organization to affect one-third of all women worldwide[10]. Polls by mainstream media have found that 54% of American women report receiving “unwanted and inappropriate” sexual advances with 95% saying that such behavior usually goes unpunished[11]. Women in many western universities experience grim incidents involving harassment and violence[12]. Some have concluded that #MeToo underscores the need for men to intervene when they witness demeaning behavior[13].

As a result of such a prevalent rape culture, measures are being taken in a state of near panic. In the UK, children are being taught “consent classes” beginning from age four[14]. In the US, apps are coming out to help partners to record the act of having given consent[15]. However, it soon becomes evident that all such measures are ad hoc in nature. In the long run, merely attending a few school classes about consent or using a few mobile apps cannot really change people or society at large.

Towards a Hindu response

As has been noted by some commentators on #MeToo, the role of men is crucial in resolving these issues. In moving towards a solution for the problems faced by women in universities and workplaces, men should be willing participants. In this regard, it is useful to consider the wisdom of ancient India as far as to how males (and females) should be trained from an early age to respect the other gender.

Contemporary Hinduism incorporates several rites of passage. The dharmashastras prescribe sacraments beginning from conceiving a child all the way to cremation and performing offerings to the deceased. However, Samskara does not merely comprise of a few ceremonies. Samskara (संस्कार) is a Sanskrit word, referring to a process of purification. In fact, the word “Sanskrit” (which is the anglicized version of Samskrita) itself means something that has already undergone refinement[16]. This is a hint towards the fact that Sanskrit is a constructed language[17].

The overall goal behind Samskara is to move the human being from a state of nature into becoming a well-adjusted person who is in tune with human society and the natural world, along with his or her own spiritual side. When a society as a whole is comprised of such conscientious people, it is said to be in tune with dharma, where dharma refers to the cosmic order and the right way of living[18]. Samskara forms an important step towards establishing a society based on dharma.

One of the aims of Samskara is to inculcate the indriya nigraha (control of senses or self-restraint) in individuals. A high value has been placed on self-restraint in Indian society since ancient times. Chanakya remarks in his Arthashastra of around 3rd century B.C.E.[19] regarding this:

Restraint of the organs of sense, on which success in study and discipline depends, can be enforced by abandoning lust, anger, greed, vanity (maana), haughtiness (mada), and overjoy (harsha).

Chanakya describes the ideal king as one who has mastered his own senses19:

Hence by overthrowing the aggregate of the six enemies [six senses], he shall restrain the organs of sense; acquire wisdom by keeping company with the aged […] and endear himself to the people by bringing them in contact with wealth and doing good to them.

Thus, with his organs of sense under his control, he shall keep away from hurting the women and property of others; avoid not only lustfulness, even in dream, but also falsehood, haughtiness, and evil proclivities; and keep away from unrighteous and uneconomical transactions.

To help in imparting this self-restraint, Hindu tradition introduces Brahmacharya as the first ashrama (stage of life) in the Varnashrama system of social organisation. Brahmacharya[20] involves a regimen of celibacy, study, service and the development of the control of senses. It is only after having completed this stage of life that one can marry and enter into the life of a householder.

The purusharthas are designed to organically complement each other. Thus, kama has to accompany dharma. In effect, sexual desire is complemented by self-restraint. Kamashastra (science of physical love or sex education) was one of the sixty-four subjects taught in traditional Indian education[21]. The Kamasutra, written by Vatsayana in around the 6th century B.C.E., is a well-known work of Kamashastra. It deals with topics such as physical love and relationships between men and women. In this treatise, Vatsayana advocates that sex education via the Kamashastra be given to both men and women before and after marriage21.

The common phrase “women and children first” could be conceived as an example of how women are of greater value to human society than men in many ways. Historically, men have been viewed as the expendable gender, with the males of a family being the first to participate in wars etc. It is perhaps with this perspective in mind that the ancient sage Manu suggests that a woman be protected at all ages by men, including the father, the husband and the sons. Manu further illustrates how women should be viewed:

It should not be a matter of surprise to see the above verse starting with proclaiming the mother as a God. In most Indian languages, women are usually addressed with words such as maata or amma. These words are further commonly used as pronouns for the female gender. This has been done to indicate that all women are to be seen with as much respect as one’s own mother. For the process of Samskara to be functional and for respect towards women to be inculcated from early on, a child needs to grow up in a society where self-restraint, mutual respect and other dharmic values are deep seated among one and all.

[2] How #MeToo has spread like wildfire around the world

[4] The complete guide to live-in relationships in India

[6] U.S. Census Bureau Household Relationship and Living Arrangements of Children Under 18 Years, by Age and Sex (2016)

[9] United Nations Office of Drugs and Crime. The disclaimer given out by the UN should be taken into account. “When using the figures, any cross-national comparison should be conducted with caution because of the differences that exist between the legal definitions of offences in countries, the different methods of offence counting and recording and differences in the share of criminal offences that are not reported to or detected by law enforcement authorities (i.e. the dark figure).”

[10] How #MeToo Has Awoken Women Around The World

[13] Analyses of the movement often point to the prevalence of sexual violence, which has been estimated by the World Health Organization to affect one-third of all women worldwide. A 2017 poll by ABC News and The Washington Post also found that 54% of America

[15] People are talking about sexual consent. Would an app help?

“The entire Veda is the root-source of dharma. Other sources include, the conscientious recollection of righteous persons versed in the Veda, the practice of good and learned people, and the self-satisfaction of (such people).” — Manu Smriti 2.6

[21] The Kama Sutra of Vatsayana