Dealing with the English Media 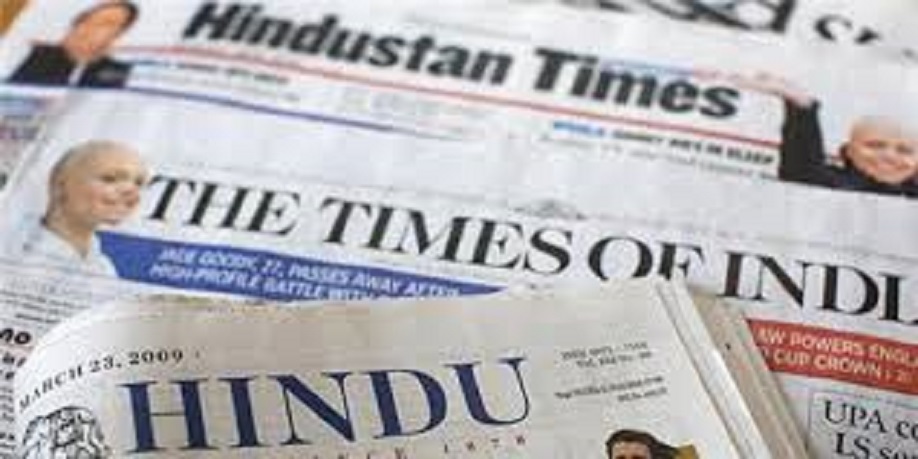 It is the considered opinion of those to the right of centre (RofC) – the full spectrum from just to the right to what is called the looney fringe – that the mainstream media, particularly the English variety (E-MSM), makes a deliberate attempt to pervert the issues that are dear to them.  Of course, there is no unanimity amongst the RofC regarding all the issues.  Some in the just to the right of the centre may think that the projection of the looney elements is justified.  This note will, however, deal with the broader point, as will become clear as you read along. I will be dealing with three situations:

The E-MSM may well be considering that the way they have presented the issues are not perversion.  There may be a genuine case to be made for the presentation.  If correct, then those in the RofC need to introspect and take the corrective actions.  Making mistakes is not something that one should be ashamed of.  However, the members in the RofC do not view the presentation of most of the issues concerning the RofC as correct – if they did then there is no need for this note.

If the E-MSM is incorrect, is it an honest mistake on their part?  I would like to propose that the E-MSM should have themselves done due diligence on the issue and not wait for the RofC organisations to come to them.  After all the E-MSM claims that they are unbiased and also that they are professional.  I think it is fair to say that in nearly all the cases, the necessary due diligence has not been done.

For example, in the case of the attacks on Christian churches in Delhi, it was projected that the only places of worship that were attacked were the churches, and that this happened only after the coming of the NDA government in power.  The data provided by the Delhi police showed that the churches were attacked in the past, and that there is no increase today.  At the same time, the data also showed that other places of worship, including the Hindu temples, were also attacked.  And there was no communal bias in the number of attacks.  Thus to give these attacks a communal angle, as the E-MSM has done, is clearly a mischief.

Had the necessary due diligence been done, then the situation would not have arisen.  Similar lack of due diligence could be seen in the case of Prof Amartya Sen when submitted his resignation from the post of the Chancellor of Nalanda University, alleging that there is government interference in the academic area of the university.  He did not provide any specific example, except to say that there is what he considered an inordinate delay of one month on part of the present government to accept the decision of the board of mentors (or some such) to renew his appointment by another term.  The government informed that they can act only when the approved minutes are submitted, and this has not yet been done.

It should be stated that wherever Prof Sen was given an opportunity in the E-MSM to explain his case, he used it to vent out his political agenda against the present government, and the subject of Nalanda University was in the background.  The interviewers, both in the print and the electronic media, encouraged him to do so, given the questions that they posed to him.

Everyone in the E-MSM, in supporting Prof Sen, pretended to be unaware of the various wrong-doings that were pointed out by various people in the past, even during the UPA government.  No one mentioned that the manner in which the establishment of the Nalanda University was happening did not seem to be proper, and that there were officials in the UPA government who had pointed it out.  In fact, one member of the E-MSM, Mihir Sharma of Business Standard, tweeted that the only wrong doing that the Internet Hindus were circulating was a letter from the previous president, Abdul Kalam.  He wanted to give an impression that the letter dealt with a minor issue, and not that it was seriously damning.  And if he did not know the many other instances of wrong-doings, then clearly he does not have the necessary professionalism to be in his present job as a journalist.

However, the social media, where the Internet Hindus are very active, ensured that the previous incidents were not allowed to be forgotten.  And soon, the E-MSM found that the shots that they were firing at the present government using the shoulder of Prof Sen were missing the target by a wide margin.  At the same time, they could not admit that they were making a mistake in attacking the government on the issue of Prof Sen.  So, their present strategy is to pretend that the controversy that they tried to create does not exist – but the Internet Hindus will not allow them to forget.

Let me give another specific instance of the beeping out the word Bombay by the censor board in India.  This came to the notice of the E-MSM recently, and it used the incident to project the alleged intolerance of the present government towards freedom of speech, etc.  As in the past, without doing any due diligence the E-MSM also went ballistic in the attack on the present government.  After a few days it transpired that this happened during the reign of the previous chairman of the censor board, Leela Samson, who was appointed by the UPA government.  Yet another shoulder used turned out to be useless.

But Barkha Dutt of NDTV tweets asking the Congress party leaders to speak up now that the truth is known.  However, she is silent on the role of her colleagues in journalism who used the incident to attack the present government.  She wants to just forget that the controversy created by the E-MSM does not exist.

Now I will deal with the angst that many in the E-MSM express that the present government seems to be making no effort in countering the lies.  Those in the RofC should recognise the role of the social media where the lies are countered.  This has forced some in the E-MSM to give space to articles by those in the RofC which have countered the lies – although they are probably 10% of the articles that project the lies.  Also, many of the editorials on the subject are also on the basis of these lies.

A larger question is whether a biased E-MSM would give sufficient space to the truth that the government would like to project.  The answer has to be no, since it would mean that the members of the E-MSM are exposing themselves of a charge of deliberately lying.  The government view does not appear in the E-MSM, but dominates the social media.

The issue then becomes is why the E-MSM is on a programme of perverting the issues of the RofC organisations.  If what I have said above is correct, it is clear that they have a political agenda and not journalistic considerations.  The members of the E-MSM are using the medium that they dominate to deliberately poison the minds of the people against the RofC.  This is what the members of the RofC have to highlight, and also strongly state that the agenda of the E-MSM is causing serious damage to the people of the nation.

Those in the RofC should stop blaming their organisations for not ‘educating’ the E-MSM, since the latter has a political agenda and do not wish to be ‘educated’.  Instead they should expose the lack of the professionalism in the E-MSM.  For this purpose it is necessary to take the name of the media outlets that are undertaking the perversion, and, more importantly, the person concerned.  The strategy should be name and shame.

The RofC should also point out to the members of the E-MSM that their incomes are coming from the resources provided by the society.  In case of the news outlet it is indirectly through the advertisement and subscription income, and in case of those in the academia it is directly from the funds provided either as private donation or support from the government.  Their loyalty should therefore be to the society and not to their ideology.

It is, of course, perfectly legitimate for the members of the E-MSM to have an agenda.  The medium that they should then use to propagate their views should not be ones that are supported by the general public, but those which are supported by members of the ideology.  These are called mouth-pieces, and not an unbiased journal.  Such mouth-pieces have a legitimate place in democracy, since it would give an opportunity to the person wanting to know the views of the members of a particular organisation a convenient source to access.

However, if a supposedly unbiased medium is used to propagate an ideology, and the people at large do not know that it is a mouth-piece, then there is a problem and confusion is created.  Sometimes, a member of an ideology is invited to present his organisation’s view in an avowedly unbiased journal.  In such cases, the identity of the member and his organisation is clearly stated.  The problem arises when an employee of the journal projects an ideology.  It is not sufficient to say at the end of the article that the views expressed are that of the person, because this disclaimer does not come with the identification of the ideology of the writer.

Those in the RofC should understand that the exercise of perversion by the E-MSM is not an innocent act, but one that has a motive of deliberate deceit.  Only then will we be able to make our response in a manner that would make sense to the reader.  I would also like those in the RofC to stop blaming members of the left of centre political parties, whose views are given large space by the E-MSM for the own agenda of the latter, and not because the latter believe them to be true.  Even if the political parties, opposed to the RofC, did not express those views, the E-MSM would get someone else to project them.

The RofC should also be aware that the social media has been a great tool for them to take their view point directly to the people.  Because the people at large have been largely in tune with their thinking, the RofC has found an already fertile ground for their thoughts.  The people at large have an instinct that the E-MSM were being economical with the truth, but they do not always know the exact truth or able to articulate their thoughts.  The social media has given them an opportunity to directly access the views of those members of the RofC who have the aptitude to write in a lucid manner. So, in summary, my suggestion to the members of the RofC is as follows:

(Ashok Chowgule is the Working President (External) of the VHP.  The views expressed here are those of his organisation.  Some of the members just to the right of the centre think that he belongs to the loony end of the spectrum!)