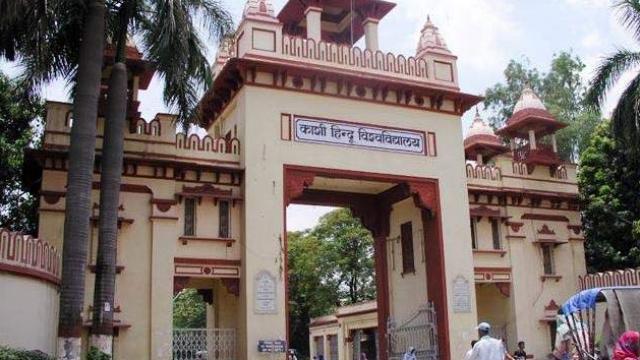 This article is an attempt at analyzing the current controversy regarding the appointment of a non-Hindu to the Sanskrit Vidya Dharma Vigyan (SVDV) department of the Benares Hindu University from the point of view of the original aims and objects of the institution, and the onus on the State to honour those goals.

Article 28 of our Constitution talks about the rights and limitations of institutions that offer religious instructions and at the same time obtain aid from the State, either partly or wholly. The Article reads as below:

(3) No person attending any educational institution recognised by the State or receiving aid out of State funds shall be required to take part in any religious instruction that may be imparted in such institution or to attend any religious worship that may be conducted in such institution or in any premises attached thereto unless such person or, if such person is a minor, his guardian has given his consent thereto Cultural and Educational Rights”

Note: As per the interpretation of this Article in several Supreme Court judgements, the words “religious instruction” here refer to teaching of rituals, customs, scriptures and practices intricately tied with the observances of any religion.

In the case of the Sanskrit Vidya Dharma Vigyan department of the Benares Hindu University, the teachings can rightly be termed as religious instruction.

“It is therefore not proper to say that by this article we have altogether barred religious instruction. Religious instruction has been left free to be taught and given by each community according to its aims and objects subject to certain conditions”

Thus the imparting of religious instructions were to be as per the aims and objects of the particular institution.

Subsequently, during the same discussion, Professor K T Shah raised the question of Universities such as the Benares Hindu University and Aligarh Muslim University which were providing religious instructions but whose trusteeship were taken over by the State. Responding to this, Dr Ambedkar made the role and responsibility of the State in such cases very clear. He clarified that the sub-clause of the said Article (28) was meant specifically to cover such cases. He said:

“Now, Sir, there is one other point to which I would like to make reference and that is the point made by Prof. K. T. Shah that the proviso permits the State to continue to give religious instruction in institutions the trusteeship of which the State has accepted. I do not think really that there is much substance in the point raised by Prof. Shah. I think he will realise that there have been cases where institutions in the early part of the history of this country have been established with the object of giving religious instruction and for some reason they were unable to have people to manage them and they were taken over by the State as a trustee for them. Now, it is obvious that when you accept a trust you must fulfil that trust in all respects. If the State has already taken over these institutions and placed itself in the position of trustee, then obviously you cannot say to the Government that notwithstanding the fact that you were giving religious instruction in these institutions, hereafter you shall not give such instruction. I think that would be not only permitting the State but forcing it to commit a breach of trust. In order therefore to have the situation clear, we thought it was desirable and necessary to introduce the proviso, which to some extent undoubtedly is not in consonance with the original proposition contained in sub-clause (1) of article 20”

Combining the above authoritative directions of Dr B R Ambedkar, we can conclude that whenever the State takes over an institution imparting religious instructions, the State

BHU and the aims of the Sanskrit Vidya Dharma Vigyan Department

When Mahamana Madan Mohan Malaviya founded the Benares Hindu University in the early 1900s, one of the main goals of the University was to provide for a college (department) that would impart Vedic education and train students on Dharma shastras, Vedas, Upanishads and the Dharmic way of life. With this goal, the University established the Vedic College, also known as the Theology Department.

Right from the conception of this dedicated college for Dharmik education, the aims and objects of the Mahamana was very clear.

In the prospectus of the BHU published in 1904, Mahamana indicated the rules with regard to the faculty and students of the department of Theology. He said:

“This College and all religious work of the University will be under the control of those who accept and follow the principles of Sanatandharama as laid down in the Sruti, Smriti, and Puranas. Teachers of religion will be trained and examined here….. All other Colleges will be open to students of all creeds and classes”

Subsequently in the first draft scheme of the BHU, the following was indicated with regard to the issue of who can be accepted as faculty in the department of Theology.

“The Theological department of the Sanskrit College shall be under the control of the Faculty of Theology which shall be elected, ,under rules to be framed by the Board of Trustees, by such Members of the Society as accept the principles of the Hindu religion as inculcated by the Shastras”

From the above two declarations, it becomes evident that the aim of the founders was to ensure that the Vedic school in the BHU would be manned by faculty who were adherents of the Hindu faith.

These aims and objects were in fact translated into actual law when the Benares Hindu University Act of 1915 was passed, and the University was established. Under the Schedule of the Act in section 23(1) the following was recorded.

“23. (1) The University shall include the Faculties of (1) Oriental Learning, (2) Theology (3) Arts (4) Science, Pure and Applied, (5) Law, and, as soon as the Visitor is satisfied that sufficient funds are available for the purpose, of (6) Technology, (7) Commerce, (8) Medicine and Surgery, (9) Agriculture, and other Faculties.

(2) The Senate shall annually assign its members to the different Faculties.

(3) The method of assignment of members to the Faculties, the meetings of the Faculties, and their power of co-opting additional members shall be provided for by Regulations ;

Thus, this stipulation made it mandatory for the Faculty of the Theology department to belong to the Hindu religion.

Subsequent amendments to the BHU Act

Although the above provisions existed in the original BHU Act, several amendments were made to the same by the Parliament of Independent India in the years 1951, 1958, 1966 and 1969.

The amendment introduced in 1966 (The Banaras Hindu University (Amendment) Act, 1966) reworked the entire Section 23 of the Schedule of the Act and omitted the clause which mandated the reservation of the posts of faculty in the Theology department to just Hindus.

As the BHU Act stands today, there is no provision for restricting the faculty posts to Hindus.

It is well established that religious instructions are primarily driven by (a) those who impart the education i.e. the faculty (b) the nature of students enrolled and (c) the rituals, customs, scriptures and practices actually taught. Even if one of these three is tampered with, the fundamental “character” of the religious instruction changes.

Such a change in the character of the SVDV institution made possible by the 1966 amendment therefore seems to be in violation of Article 28(2) of the Indian Constitution. Because changing the conditions of hiring of faculty changes fundamentally the nature of religious instruction thereby breaching the promise given by the State when the trusteeship of BHU was taken over (see Dr Ambedkar’s explanation quoted above).

Hence it is imperative that the decades old practice of restricting the faculty positions in the SVDV to Hindus be adhered to, going forward as well.