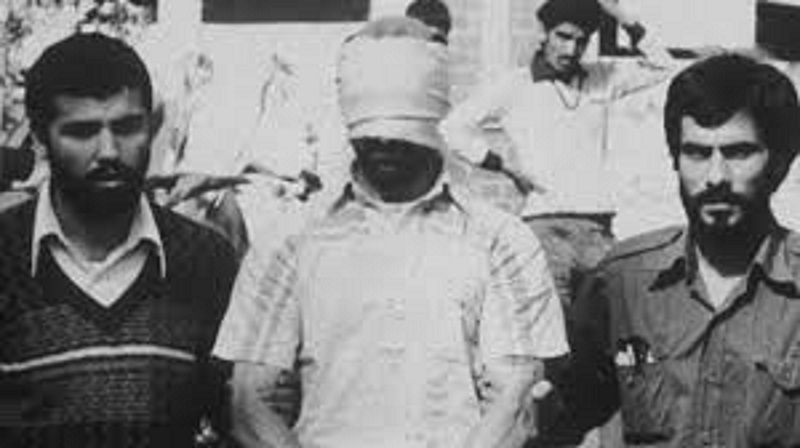 Two terms I frequently use are dhimmitude and dhimmi, terms whose genesis, consequence  and current state I would like to examine here. From this examination, I also hope to make it clear why Hindus can’t take their religious processions through Muslim-majority areas, why Hindus historically never studied Islam, and why they did not mount a spirited, intellectual criticism of Islam, and why Hindus still think Islam is merciful and benevolent in the face of all evidence to the contrary, and most importantly, why even today Hindus refuse to discuss Islam and tell fellow Hindus to shut up if the try to discuss Islam.

First, an extract from Wikipedia-

Stockholm syndrome, or capture–bonding, is a psychological phenomenon in which hostages express empathy and sympathy and have positive feelings toward their captors, sometimes to the point of defending them. These feelings are generally considered irrational in light of the danger or risk endured by the victims, who essentially mistake a lack of abuse from their captors for an act of kindness.[1][2] The FBI’s Hostage Barricade Database System shows that roughly 27% of victims show evidence of Stockholm syndrome.

Stockholm syndrome can be seen as a form of traumatic bonding, which does not necessarily require a hostage scenario, but which describes “strong emotional ties that develop between two persons where one person intermittently harasses, beats, threatens, abuses, or intimidates the other.

”[4] One commonly used hypothesis to explain the effect of Stockholm syndrome is based on Freudian theory. It suggests that the bonding is the individual’s response to trauma in becoming a victim. Identifying with the aggressor is one way that the ego defends itself. When a victim believes the same values as the aggressor, they cease to be a threat.

This line needs to be read again: “one person intermittently harasses, beats, threatens, abuses, or intimidates the other.” When a person is helpless against another who can beat him at will, even kill him, the persecuted person soon starts admiring the persecutor for the intervals when he is not being beaten.

Now we can turn to the Quran 9.29, in which lie the origins of Dhimma, meaning “pact”:

9.29. Fight against those from among the People of the Book who (despite being People of the Book) do not believe in God and the Last Day (as they should be believed in), and do not hold as unlawful that which God and His Messenger have decreed to be unlawful, and do not adopt and follow the Religion of truth, until they pay the jizyah (tax of protection and exemption from military service) with a willing hand in a state of submission.

Fight those who do not believe in God, nor in the Last Day, for, otherwise, they would have believed in the Prophet (s), and who do not forbid what God and His Messenger have forbidden, such as wine, nor do they practise the religion of truth, the firm one, the one that abrogated other religions, namely, the religion of Islam — from among of those who (min, ‘from’, explains [the previous] alladhīna, ‘those who’) have been given the Scripture, namely, the Jews and the Christians, until they pay the jizya tribute, the annual tax imposed them, readily (‘an yadin is a circumstantial qualifier, meaning, ‘compliantly’, or ‘by their own hands’, not delegating it [to others to pay]), being subdued, [being made] submissive and compliant to the authority of Islam.(Tafsir al-Jalalayn,)

“Allah said, (until they pay the Jizyah), if they do not choose to embrace Islam, (with willing submission), in defeat and subservience, (and feel themselves subdued.), disgraced, humiliated and belittled. Therefore, Muslims are not allowed to honor the people of Dhimmah or elevate them above Muslims, for they are miserable, disgraced and humiliated. Muslim recorded from Abu Hurayrah that the Prophet said, (Do not initiate the Salam to the Jews and Christians, and if you meet any of them in a road, force them to its narrowest alley.) This is why the Leader of the faithful `Umar bin Al-Khattab, may Allah be pleased with him, demanded his well-known conditions be met by the Christians, these conditions that ensured their continued humiliation, degradation and disgrace.”

The verse itself, and both the commentaries by the most renowned commentators lay emphasis on the fact that -jizyah has to be paid in submission, in humiliation. The Muslim who comes to collect jizyah has to humiliate the person paying jizyah. Equally, several Muslim sources are quoted saying that the jizyah collector has to sit on a higher place, and the kafir has to stand in front of him, and after the money changes hands, the Muslim must hit the kafir below ear to degrade him.

The first instance of dhimma, and which is the basis of later pacts, was the pact that Mohammed made with the Jews of Khaybar Oasis after defeating them, killing many, and taking many women as sex slaves. The pact stipulated that Jews can continue to cultivate the lands but that the ownership of land would lie with Muslims, and 50 per cent of the produce each year would be paid as jizyah. This was in 628 CE. With such a humiliating pact, the Oasis which was till then the richest Oasis in Arabia, went to ruins, as Jews, very good farmers till then, lost all incentive to work hard, and the remaining Jews were driven out by Omar in 642 CE. This is also the reason why Hindus in India became so poor during the prolonged medieval Muslim rule- when 50 per cent of income of the Hindus were taken away as jizyah, not to mention the slave-like conditions they had to work in, they only produced enough to keep themselves alive.

Next, we can examine Omar, the second Caliph after Mohammed. It is worth reading the text of his famous pact which the vanquished Christians of Syria signed.

In the Name of Allah, Most Gracious, Most Merciful. This is a document to the servant of Allah `Umar, the Leader of the faithful, from the Christians of such and such city. When you (Muslims) came to us we requested safety for ourselves, children, property and followers of our religion. We made a condition on ourselves that:

we will neither erect in our areas a monastery, church, or a sanctuary for a monk,

nor restore any place of worship that needs restoration

nor use any of them for the purpose of enmity against Muslims.

We will not prevent any Muslim from resting in our churches whether they come by day or night, and we will open the doors [of our houses of worship] for the wayfarer and passerby.

Those Muslims who come as guests, will enjoy boarding and food for three days.

We will not teach our children the Qur’an,

We will not] publicize practices of Shirk,

[We will not] invite anyone to Shirk or prevent any of our fellows from embracing Islam, if they choose to do so.

We will respect Muslims,

[We will] move from the places we sit in if they choose to sit in them.

We will not imitate their clothing, caps, turbans, sandals, hairstyles, speech, nicknames and title names,

or ride on saddles,

[We will not] hang swords on the shoulders, collect weapons of any kind or carry these weapons.

We will not encrypt our stamps in Arabic,

We will have the front of our hair cut, wear our customary clothes wherever we are,

[We will] wear belts around our waist,

refrain from erecting crosses on the outside of our churches

and [refrain from] demonstrating them and our books in public in Muslim fairways and markets.

We will not sound the bells in our churches, except discretely,

or raise our voices while reciting our holy books inside our churches in the presence of Muslims,

nor raise our voices [with prayer] at our funerals,

or light torches in funeral processions in the fairways of Muslims, or their markets.

We will not bury our dead next to Muslim dead,

or buy servants who were captured by Muslims.

We will be guides for Muslims and refrain from breaching their privacy in their homes.

We will not beat any Muslim.

This is the pact, the dhimma which gives rise to dhimmitude and dhimmis. It is pretty clear from this that it is an instrument that gives rise to Stockholm Syndrome in the entire population of kafirs. And that is its exact objective and effect. When we analyse the pact clause by clause in the context of Hindus, we get this:

But the most crucial aspect of the pact is the last paragraph.

In return for safety and protection- in other words, non-Muslims are only safe and protected only if they obey all of the above conditions at all times. So if any kafir breaks any of the conditions, the protection is lifted from all kafirs, because the pact was collective. And because individual Muslims are authorized to inflict sharia punishments, any Muslim can punish any kafir. This is what has made a huge chunk of the 100 crore Hindus of India as dhimmis whether they consciously realize it or no. It is what dictates Indian politics and public discourse;” you are allowed to do with us what you are allowed of people of defiance and rebellion,” meaning people of rebellion are allowed to be killed. So jizyah is basically protection money to put off the killing of the conquered people by just one more year, that is, when the next installment of jizyah comes due. But payment of protection money doesn’t buy protection if any conditions of Umar’s pact are violated.

Therefore kafirs themselves become enforcers of the conditions of Omar’s pact. Thus, any infraction of the pact by any kafir makes every kafir liable to be killed. This is the condition that gives rise to dhimmitude- an attitude that gets ingrained into the kafir’s psyche like a control switch: Muslims are not to be offended nor allowed to be offended by my fellow kafirs instead they have to be respected and praised.

And so we have hundreds of thousands of dhimmis—fellow Hindus, Sikhs, Buddhists, and Christians of India (and others across the world)—who continue to unconsciously enforce Omar’s diktat. Indeed, the obstinacy of a few Hindus asking uncomfortable questions and critically scrutinizing Islam’s foundational books  may lead to murder of any one of these modern-day enforcers of the dhimma.