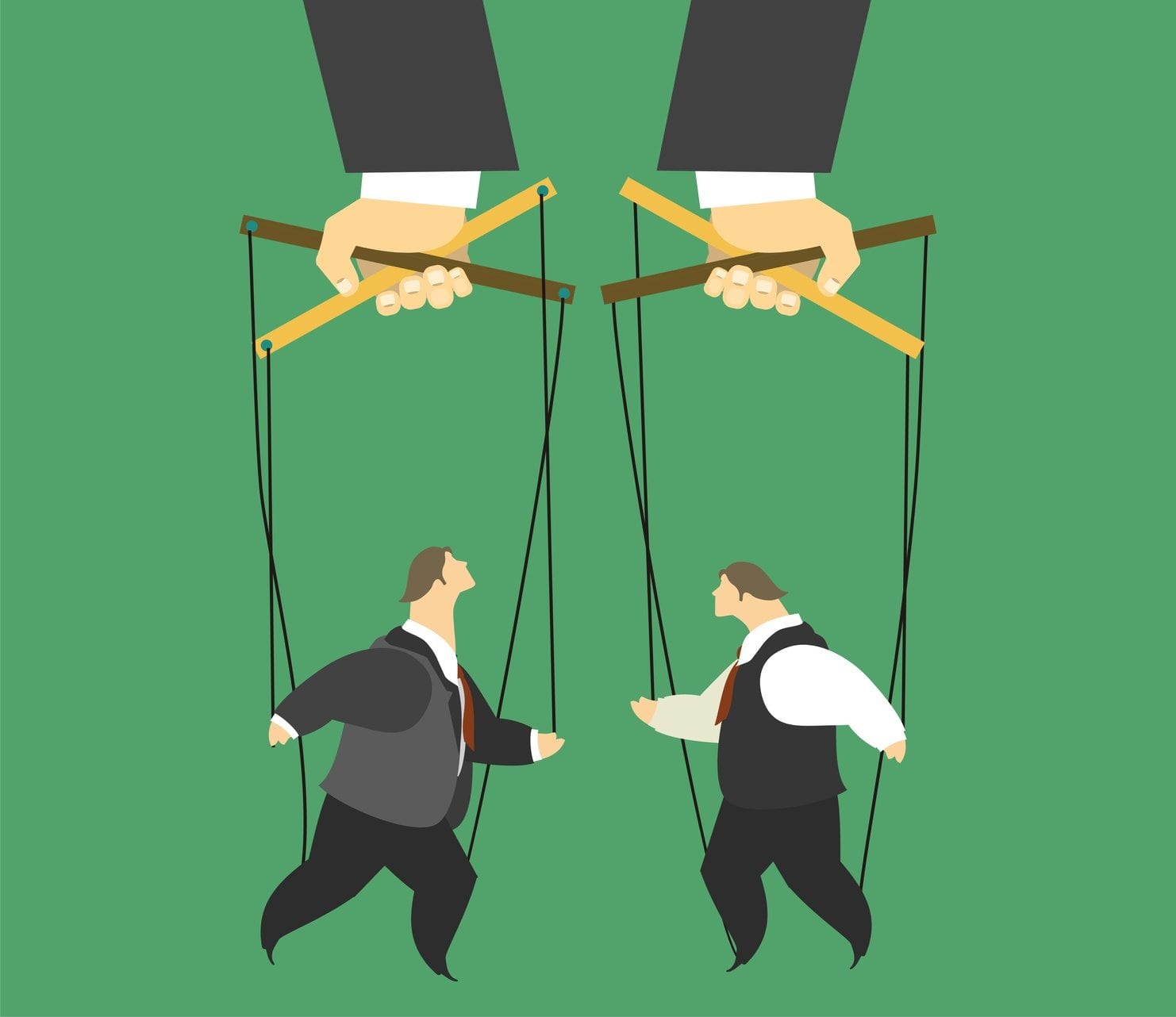 As the readers of this portal will be all too aware, the recent pandemic (Covid-19) has wreaked havoc in our country and throughout the world. Indeed, there are few countries or regions that have been spared the deadly wrath of this disease.

While stuck in our residences, most of us in our socio-economic category can thank the cosmic forces for sparing us the horrendous ordeal that the vast majority of our less fortunate fellow-citizens are undergoing even before contracting the dreaded disease. The humongous socio-economic disparities that this nation and society has built into its fabric over decades and indeed centuries are responsible for this most unequal sharing of burdens.

However, until a few days earlier, it appeared that India had somehow been spared a high mortality rate from this pandemic. The unparalleled national lockdown ordered by the Union Government seemed to bode well for the country. Every Indian kept his or her finger crossed and fervently hoped and prayed that the country would be spared the horrors that some other nations are enduring.

The Indian reverie was rudely shattered in the last two days of March because of what happened in an obscure mosque located in South Delhi, in an area popularly known as Nizamuddin. It turned out that this mosque, also known as the Markaz, had organised its annual global conference that was inaugurated on the 3rd March. There are differing estimates of the number of people who attended this jamboree, but the numbers easily ran into a few thousand. Out of this, around 500 were from overseas countries like Bangladesh, Indonesia, Malaysia and Thailand. These foreigners came to India on Tourist visas and not on visas that permitted participation in religious events.

When in late March, the local police tried to clear the residual crowd staying on in the Markaz, the mosque authorities refused to empty the mosque and evacuate the inmates. It reportedly required the intervention of the National Security Advisor, Ajit Doval, to clean up the mess. He met the mosque chief and initiated the process of the departure of the inmates to quarantine locations. The deadly fall-out from the Nizamuddin episode in terms of the sharp spike in India’s Covid-19 population is now just beginning. The horror is getting unravelled slowly.

The purpose of this essay is not to give a blow-by-blow account of the Nizamuddin events and the medical repercussions of the outrage. It is to study the disastrous failure of the governance and security apparatus of the Indian state, particularly at the Central/federal level. All the three wings of the national structure, i.e. the executive, the legislature and the judiciary performed lamentably in the last four to five months.

In this analyst’s considered opinion, this deadly malaise of a dysfunctional state manifested itself most conspicuously in the Shaheen Bagh episode. For more than three months, members of one religious community took over a public thoroughfare, blockaded all traffic (including ambulances and firefighters), created a major health hazard and raised incendiary slogans / delivered provocative speeches (albeit under the fig-leaf of the national flag and the national colours).

The usual culprits in the English media, some opposition parties and the yahoos in Jamia Milia (whose lumpen students had started the first round of violence in that part of Delhi even before the Shaheen Bagh events) and JNU harped on the old alibis and excuses for this flagrant violation of law and order. They harrumphed on the Constitutional right of peaceful assembly without giving the correct legal position.

I had written on this earlier, but it is still necessary to take some time and highlight the exact legal position. Article 19 (1) (b) of the Constitution indeed provides the right to every citizen to “assemble peaceably and without arms”. Yet, this right is immediately qualified in the subsequent Section (3) of the same Article, to allow the State to make “any law imposing, in the interest of the sovereignty and integrity of India or public order, reasonable restrictions on the exercise” of the earlier right. When a major public artery in the capital of the Republic is blocked by protestors for more than two months, surely this latter provision rightfully comes into play.

This is where the nation’s apex court made an inexplicable decision. Instead of asking the Shaheen Bagh squatters to immediately vacate the blockaded area, the judges appointed two “intermediaries” to discuss with the law-breakers and request them to be more “reasonable”. This is the most charitable explanation of what the Supreme Court did. Admittedly, the Union Government strongly argued in the Supreme Court that the blockade must be removed, but all their pleas fell on deaf ears. In my opinion, the decision of the Supreme Court bench to have “negotiations” with brazen violators of the law would rank as one of the most bizarre decisions of any superior court in a comparable democratic country in recent times.

Before this matter could get resolved, the capital and its surrounding areas exploded into a near civil-war situation. As soon as the fires of the riots abated, the Corona Virus pandemic hit the country. Therefore, it would be true to say that India has been lurching from one crisis to another for the last four to five months. Nevertheless, this is an opportunity for all citizens to seriously ask themselves if the key institutions that form the backbone of the nation’s governing structure have failed abysmally over the years to protect the country from its existential enemies, both outside the country and, more dangerously, within our borders.

At this stage, I must add a caveat and I am willing to take the flak for it. I sincerely believe that the apex leadership of this country, for the very first time in independent India, is clean, transparent, selfless and visionary. Their policy preferences and their ideology may be faulted for certain inadequacies, some of them major, but there can be no doubts whatsoever that these persons are above board.

However, it is also painfully apparent that the Indian Republic, as of now, has some major fault lines in its basic structure. I had the occasion to study this subject recently and it will be useful if I spell out some of the basic issues that my earlier article discussed.

In my considered view (and I am in the good company of a number of fellow analysts), India still possesses many characteristics of a soft state despite the fact that the current regime has taken a number of decisions since 2014 to eradicate the dreaded disease. As of now, our country still harbours many of the flaws that the renowned Swedish economist and social scientist Gunnar Myrdal postulated way back in 1968-1970.

According to him, a soft state is characterised by “all the various types of social indiscipline which manifest themselves by deficiencies in legislation and, in particular, law observance and enforcement, a widespread disobedience by public officials and, often, their collusion with powerful persons and groups … whose conduct they should regulate. Within the concept of the soft states belongs (sic) also corruption.”

This summarises the crux of the problem that confronts Narendra Modi, Amit Shah, Ajit Doval and the apex leaders of the current BJP-led administration in Delhi. It pertains to the sordid lack of performance of the babus (at all levels) and the khaki-wallahs. Before I am confronted by loud wails of protest from these quarters, let me clarify that there are many clear and honourable exceptions. Like millions of my fellow-citizens, I will forever bow before the lonely unarmed police constable who  valiantly confronted the gun-toting Islamic hoodlum, eye to eye, never flinching for a moment as he stared down certain death. While I say this with the utmost respect, I must also add the caveat that in any other country in the globe, his other comrades would have taken out the criminal gunman with a long-distance head shot.

The recent shambles in Nizamuddin underscore, once again, the dismal truth that the Indian Republic very often baulks when it comes to hard choices. Whereas Shaheen Bagh should have been cleared up after two or three days at the most, the Markaz nonsense in Nizamuddin should have ended within 24 hours of the closure notice. The sad fact is that it needed a visit from the NSA to meet the entrenched maulvi before the criminals agreed to leave the cesspool. It could not have been a proud moment for Ajit Doval, whose legendary prowess in earlier years adorns our history books.

For decades under Nehru, Mrs. Gandhi (senior), Manmohan Singh and assorted Indian PMs, aggression from Pakistan and intransigence from the Indian masjids and maulvis have elicited the usual travesties from the representatives of the Indian state: more flower wreaths with the words “We deplore the methods used by… ”. This obscenity of a response is just as egregious as the words “your sincerely” at the end of a termination of employment letter to an employee of 30 years’ service, just before he or she qualifies for pension. These charades would be immediately compounded by open letters and declarations from retired babus, judges, media vultures and underemployed professors from universities like JNU, Jamia and AMU. After May 2014 and May 2019, the nation hoped that we had seen the end of travesties like the above. Clearly, we had grossly overestimated the Indian national character.