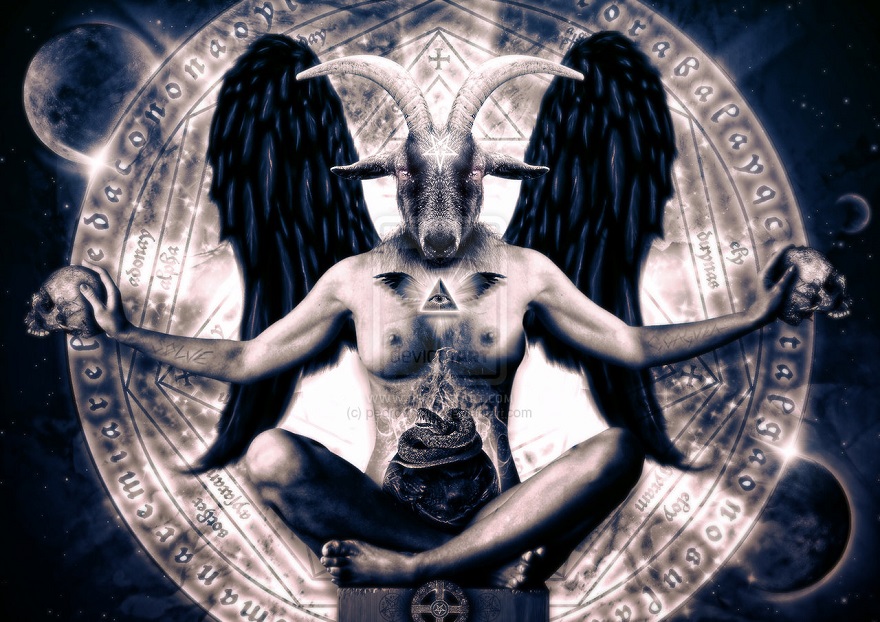 A famous verse of the New testament (from Luke 23:34) goes something like “Father, forgive them, for they don’t know what they are doing.” Those words were said to be uttered by Jesus when he was being crucified. In modern times it seems they still don’t know what they are doing, since it appears that the devotees of Christ are nothing but paranoid and ignorant about other philosophies, traditions, and cultures. And nowhere is this more obvious than when it comes Indic traditions, rituals, spirituality, culture, philosophy and meditational practices.

Here’s the latest exhibit of this paranoia and ignorance from an article bizarrely titled article ‘Fear the dark art of yoga!’  in Raw Story. Yoga-as-a-Dark-Art is a first one even by the standards of the most fundamentalist Christians.

Many biblical literalists, and charismatic or Pentecostal Christians in particular, are deeply suspicious of yoga, which they see less as a healing or wellness practice and more as a seductive point of entry into the Hindu religion. Open, inquiring forms of Christianity may teach that “all truth is God’s truth,” or even that there are many paths to God, and even Evangelicals who take a narrower view of Christianity may see yoga as beneficial. But a more common posture among conservative biblical literalists is wariness and suspicion, or outright condemnation. One Christian website, Christian Apologetics and Research Ministry, quotes from Yoga Journal and then adds their own commentary:

To begin with, we need to check out this video, where the rabid evangelist Pat Robertson cautions against participation in Yoga and identifies “Hindu” as a language! While Christian alarmism against Yoga is well documented, a reverse phenomenon is also seen. From the same Raw Story report, we get to learn of Mitch Menik, who is a born-again “Christian Yoga” instructor. So why the confusion and alarm? Is Yoga harmful only to Christians? To give the Devil his due, a brief explanation of Yoga is required.

Yoga is derived from the root, ‘yuj’ which means ‘to unite’ in Sanskrit. The term covers a wide array of practices, which range from physical and moral guidelines to contemplation on the Ultimate Reality. Yoga is a combination of both physical and spiritual practices with its ultimate goal being moksha, the attainment of liberation from the cycle of birth, death and rebirth.

A quick reading of the foundational text of Yoga, Patanjali’s Yoga Sutras, will affirm that asana (posture) is only one component of Yoga. Patanjali describes the goal of Yoga  as  “the cessation of mental fluctuations”, a core concept also expounded in Bhagavad Gita:

Indeed, the Evangelical fanatics are correct to assert that Yoga is indeed an essential part of Hindu spirituality and the two cannot be delinked. But, to put this in a very restricted sense, in essence, the practice of only the Asana component of Yoga is not harmful for Christians or Muslims or anybody because one need not follow any ritual and the health benefits accruing from Yoga like controlling blood pressure, relief of back pain and arthritis, and boosting of the immune system are there for all to experience.

However, the Evangelicals are always annoyed and even angered if any of their followers show even the slightest interest in the cultural practices which are of Indic origin. Also in the reverse, many evangelicals attempt to sever yoga of its Indic roots and repackage it as an ‘Act of God.’ Double standards much?

Either way they are unwilling to acknowledge let alone praise Indic traditions whereas often we hear our domestic secularists calling upon the Hindus (both laymen and preachers) to accept the antics of Evangelical missionaries (which includes fraudulent conversions) in order to maintain diversity.

These secularists also dismiss these American Evangelicals as part of some lunatic fringe. However, they need to be aware of the fact that Pat Robertson also heads the Regent University which trains Indian Christians in the methods of gaining more and more converts. In doing so these graduates are often seen demeaning indigenous traditions. Pat Robertson’s CBN has consistently backed Evangelicals in the Republican Party and many members like Mike Huckabee are open about their association with him. Hence the so-called ‘Sole Superpower’ of the world being under evangelical fanaticism is a fringe but spokespersons for Ghar Wapsi (which in this context will curb Evangelism in India) are major threats to social harmony!

Of course, calling Yoga a dark art is just the latest instance of how Evangelical fundamentalists continue to target Yoga.  And this targeting will neither subside nor stop. What is both appalling and incredibly funny is how they have framed this whole Yoga-as-a-dark-attack assault:

If yoga helps a Christian man to walk for the first time in thirty-three years, does his newfound strength come from God or the Devil? That is the question tearing apart an Evangelical church in Las Vegas.

And that this sort of lunacy has actually made its way in public discourse in the US is really what should concern us.