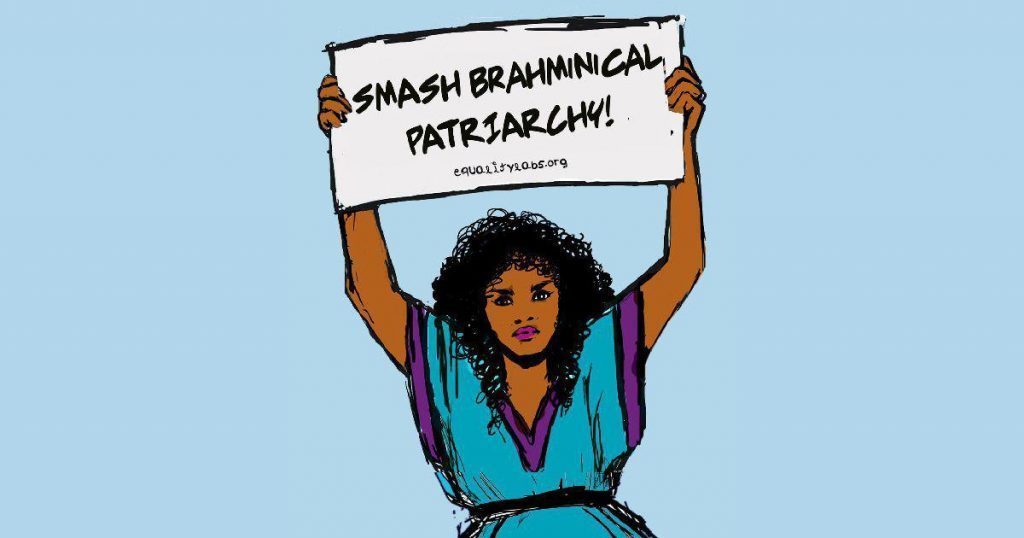 Since the Protestant Christian European intellectuals discovered the Indian religious, philosophical, and cultural milieu in the 19th century, the Brahmins of India have been made the target of much vilification and defamation.

The Protestants of the nineteenth century had grown up in a Christian world where the Jewish minority and the clerics had been the target of scorn for centuries. To such eyes, the Brahmins of India had the traits of both the Jews, an endogamous group, and the clerics, who had for long held the reins of all knowledge and learning in pre-Reformation Europe.

Finally, the European colonialists, including the British, discovered that the Brahmins had actually become a major component of the indigenous resistance to their oppressive rule.[1] It thus became inevitable that the colonialists began to be wary of the Brahmins.

Historically, the Brahmins were the repositories of the indigenous culture and knowledge of India for thousands of years. With this fact in mind, one needs to examine the consequences of anti-Brahmanism. Eventually, it becomes clear that the intended result of anti-Brahmanism is to destroy the culture, religion, and traditions of all Hindus. Once Hindus are fully cut off from their roots using violence and wilful neglect, Hindu civilisation faces the threat of being erased from this planet.

Also, it is an irony and a farce that the modern-day English-educated, colonised intellectual class of India who have promoted anti-Hinduism and anti-Brahmanism for over 70 years, have themselves formed into an exclusionary, “priestly” class. Also functioning as joint-High Priests are the practitioners of the pseudosciences of Indology and intersectionality.

The Mudrarakshasa describes the simple lifestyle of Chanakya, the Brahmin minister of the 300 B.C.E. Maurya emperor, Chandragupta Maurya:[2]

“I wonder at the possessions of the Minister of the king of kings. Here is a piece of stone to pound cowdung cakes (used for the agnihotra ritual), here lies a heap of Kusa-grass brought by pupils, and the tenement there with its mouldering walls appears to bend down at the (lower) end of the roof under the load of those sacrificial sticks which are being dried (in the sun).”

The ancient book of Hindu Law, Manu Smriti, is held to have been written by the Kshatriya king, Manu, the legendary ruler of Earth during a Kalpa (cosmic era). The Manu Smriti is often cited in anti-Hindu propaganda. However, even a basic, non-judgemental study of the book reveals that it is overwhelmingly full of wisdom and promotes a harmonious way of living in accordance with the highest thinking. The Manu Smriti advises the Brahmins to not to react to ill-treatment, but to forebear it with equanimity:

“The Brāhmaṇa should ever shrink from reverence, as from poison; and he should always seek for disrespect, as for nectar”  – Manu Smriti 2.162[3]

King Manu further upholds those Brahmins who have accumulated the least wealth, sufficient only for bare subsistence.[4] Thus, for thousands of years, poverty and austerity were held as the ideals for the Brahmins who, apart from a few exceptions, held neither disproportionate wealth nor political power.

It was during the colonial rule that the British attempted to co-opt the Brahmins by preferentially providing them jobs in the administration. This created divisions among Indians as it generated ill-well towards Brahmins. This suited the colonial divide and rule policy. At the same time, the doctrine of anti-Brahmanism was institutionalised in the Macaulayan education system, which has continued without a break in post-independence India.

The 19th century European writers ascribed a sort of “magical power” to the Brahmins that was supposed to have led to their “superior” status.[5] The seed of allegations against the Vedic Brahmin class of India lay in the claims that the Brahmins withheld knowledge from the rest of society, that they enjoyed unfair privilege and somehow were responsible for perpetuating the caste system. Such accusations are still thrown about today. These need to be unpacked and examined.

To the charge that Brahmins somehow withheld access to worldly knowledge, the reality was that Indian society across all jātis was well-educated before the Macaulayan imposition, as Dharampal has documented in detail in his Beautiful Tree. For example, in 1836, a British report on the indigenous schools of Bengal revealed that the teachers came from the Kayasthas, Brahmins, Sadgop and 30 other caste groups, including the Chandals.[6]

Another charge is that Brahmins enjoyed an unfair level of privilege in society. In 10th century Tamil Nadu, Chola inscriptions show that tax was exempted from and land grants given to the Paraiyars (considered as Dalits today) and other castes alongside the Brahmins.[7] Further, in 15th century Tamil Nadu, castes like Sambavar (also considered as Dalits today) were documented to be wealthy and as owning lands.[8]

As to blaming “Brahmanism” for the caste system, even Hinduphobic historians like Irfan Habib have walked back on this claim.[9] Sociologists like M.N. Srinivas have also demonstrated via fieldwork how scriptural Brahmanism or the varṇa system had little correlation with the ground reality of jāti. Jāti varied from village to village. Brahmins sometimes merely existed alongside other castes as a service caste.[10]

Contemporary examples of anti-Brahmin propaganda seen on social media, highlighting the sacred thread and the sacred tuft of hair

Take as example how educated, colonised Indians are targeting the yajnopavit (sacred thread) as a “symbol of oppression” by associating it solely with the Brahmins.[17] The reality however is that the thread ceremony is carried out by many non-Brahmin Hindus too, for example, by the Vishwakarmas (craftsmen) and the Chettys of Tamil Nadu.[18]

Also, it is well-documented that the shikha (tuft of hair) used to be commonly worn by many non-Brahmin Hindus. Mahatma Gandhi had documented how the religious members of his own non-Brahmin family used to keep the shikha and wear the sacred thread.[19]

Finally, the Vedas are the common heritage of not only all Indians, but of all mankind. The essence of the Vedic religion has been captured in innumerable popular texts like the Mahabharata, the Ramayana and the Puraṇas, which have been translated multiple times in nearly all the major Indian languages. For example, the 1800-year old collection of Prakrit poetry, Gaha Sattasayi (or Gatha Saptashati), contains many references to Mahabharata and Ramayana.[20]

Thus, by tainting Hindu beliefs, symbols, rituals, and practices by associating it solely with one community, the traditions and beliefs of all Hindus are also being targeted for destruction as a collateral damage.

It has been seen that the anti-Brahmanical narrative prevalent among the educated, colonised class of today’s India is based on flimsy premises. Historically speaking, the Brahmins performed a specialised function: namely the preservation and transmission of the Vedic chanting, which today is considered a UNESCO intangible world heritage artefact.[22]

Further, as has been documented by sociology,[23] there was much difference between the real-world social position of Brahmins versus the ritually privileged position accorded to them in texts. Finally, a new exclusionary, priesthood has arisen who make their bread and butter based on Hindu-bashing. These new High Priests commonly practice the pseudo sciences of Indology and intersectionality.

To combat such virulent doctrines, anti-Brahmanism and anti-Hinduism must be exposed in every instance actively and vocally. Every Hindu should take the responsibility for safeguarding the culture and traditions of India. Finally, it is the responsibility of the government to protect its own citizens as well as preserve and propagate the indigenous Hindu heritage, culture, and religion. The Indian government needs to be petitioned to ensure that this is carried out.

[7] “Inscriptions  Of The Tanjavur Temple”

[11] Balakrishna, Sandeep. “The Untold Story of how the Doon School Goon Squad Ran Bharatavarsha to the Ground” (2019)

[20] Varadpande, Manohar. Mythology of Vishnu and His Incarnations (2009)