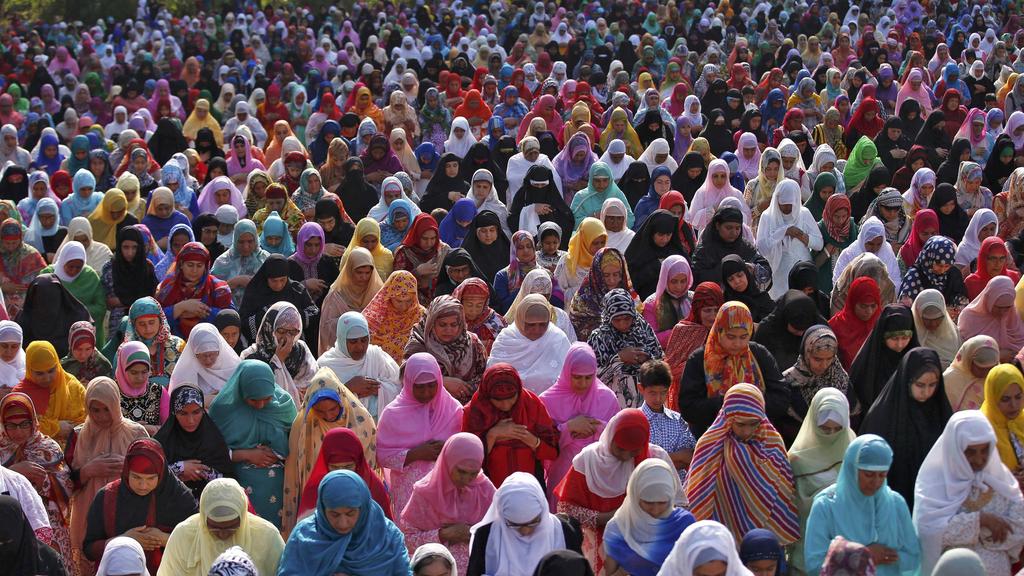 You have probably seen the meme that has been floating around recently in social media, which goes something like this: “…those who criticize religion have not read the Bible, the Quran or the Gita…”. This has found some appeal, especially among those who have read very little on religion, and want to “just get along”. And, of course, the meme is totally wrong. While much of the general public might indeed be unfamiliar with these texts, especially when critiquing eastern philosophies, some who critique the Abrahamic tenets are quite well–versed in them.

The late Ram Swarup’s pre-eminence as one of modern India’s greatest intellectuals should need little introduction. In his classic, first published almost four decades ago, he dives into various sources and provides a very readable compilation of Islam’s hadis, or traditions based on the life of its prophet. As Swarupji points out, it is hard to find a spiritual component in the hadis. It is not anywhere close to an inner pilgrimage framework that one finds in the Vedic and descendant teachings, and gives a “very unflattering picture”.

A compassion for living beings is a strong element of many religious traditions, but is rather conspicuous by its absence in Semitic religions. The real difference is not between “one god” and ‘’many gods” but between an ordinary mind and an awakened mind. As Swarupji notes, in totalitarian ideologies and creeds, faith and loyalty to the leader are supreme virtues. The followers need have no other. To be saved, it is enough to be subservient. A claim is made that he is greater than all the preceding prophets. Now did Gautama Buddha, Shankaracharaya, Guru Nanak or any of our other revered saints ever make such a claim? In this review, we touch upon just a few of the 19 chapters covered.

Zakat, the tax to aid the poor, was not just an obligatory payment but also critical for the permanent war effort of buying arms, equipment and horses. Indeed war would become the primary economic driver as slavery, tribute, and booty became the main props of the new Arab aristocracy. Stealing war booty (of non-believers), once it came into the possession of Muslims, would, however, be considered a mortal sin. It would also become unlawful for a Muslim conqueror to leave anything in the hands of the infidels, as the zimmis were to be made tenants in their own lands. The booty was divided into four classes – land, chattels, cattle, and slaves, and the prophet took a fifth of each. The destruction and pillage of other people’s temples and images was to set the tone for the Islamic expansion of the future. Jihad was considered a more pious activity than any other, including praying and fasting. As Ram Swarup pointed out, the basic question about the whole business of holy war, burning, pillage, booty, jizya and how these can become legitimate and moral has really never bothered Muslim theologians, scholars or even the Sufis. If morality was to conflict with theology, the latter was to prevail. The prophet rewarded loyalty and obedience with war spoils, while collection of tribute was easily done with a large show of force.

While slavery did exist in pre-Islamic Arabia, it took on an entirely bigger turn with the advent of Islam. Emancipation of slaves acquired as war booty “…was not a matter of justice but only of charity…” One does wonder: why are there so many slave-girls mentioned at all in the hadis? Slaves upon release were converted to Islam. Faith, equity and justice were only for the Muslims in their mutual relationships; to the infidels another set of rules applied.

The marriage and divorce chapter might make our modern feminists cringe. “A man cannot marry more than four free women at a time”. Keep in mind, these four excluded slave-concubines and divorced wives. “…a virgin should also be consulted (before marriage), and her silence implies her consent…”. “…for the death of a woman, only half of the blood-price is due..” Among the inmates of Paradise, women will “form a minority”. In Paradise await “houris with swelling bosoms, forever virgins, beloved and equal in age”. For divorce, “Allah has not put any unnecessary burden upon you in regard to your wives”.

With the number of petitions our journalists like to sign regarding intolerance to dissent, a look back into the 7th century is revealing. The prophet was opposed to poets and poetry, but when they were in his service, it was a different matter. His displeasure invited concrete punishment, if not a social boycott. Best was to play safe. When the poet Asma wrote to her tribesmen, “you obey a stranger who does not belong to you”, she was soon assassinated while asleep with her child. The prophet had at his disposal a band of hatchet men ready to do his bidding, with inconvenient dissenters eliminated, even if they were from the same family.

The refugee crises we see today can take a look at how pre-Islamic Arabia viewed some of the Muslims who came into their towns as refugees. The refugees very soon became stronger than the citizens, which caused alarm among the residents who would become second class in their own hometown. Whether the Rohingya crisis, or that in Europe post the Libya and Syria “engagements”, things are not all about being humanitarian. The swelling of the Muslim population in Kashmir in the 13th century was also a by-product of the attempted Mongol invasion of Punjab, with displaced Muslim refugees heading into Kashmir. The outcome is known.

The succession issue in the Islamic caliphate was also partial to his tribe. “The caliphate will remain among the Quraish even if only 2 persons are left on earth.” This caliphate stayed with the Quraish even as their center of power shifted from Mecca to Damascus and later Baghdad, till the grandson of Genghis Khan put to death the last Khalifa of Bagdhad in 1258. This sentiment that the Khalifa should be with the Quraish or at least an Arab was so strong that the Sultan of Turkey was never given universal recognition by Muslim theologians. In India, the rulers were typically the Ashrafs, again of a foreign lineage composed of the Central and West Asian new aristocracy. The succession process was usually bloody, and this has been repeated throughout Islamic conquests of other lands.

If one is looking for statements that might be considered unusual for any time period, here is a brief sample:

This book will give the reader a good instant familiarity with the hadis, which along with the Quran, are considered works of revelation and inspiration to Islamic theologians and followers. The typical smooth flow is what one can expect from a giant like Ram Swarup. It also gives the lazy idealistic meme pushers an opportunity to reject the notion that all those who criticize religion are unfamiliar.