Far from evicting the Chinese, India is throwing in the towel 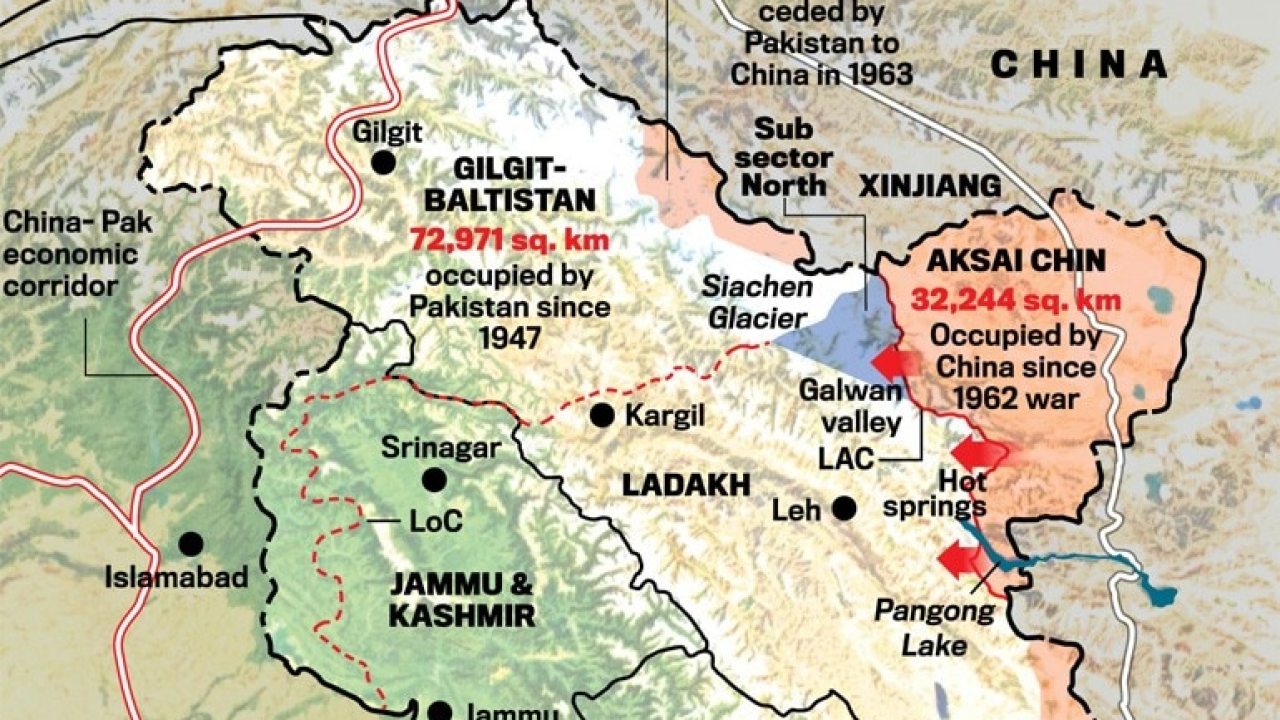 Often the best thing for political leaders as well as generals, serving or retired, to do during volatile border crises of the kind India has on its hands in the present circumstances is, to resist the impulse to say something, anything, because their statements are usually overtaken by events.

The COAS, General MM Naravane, discovered no doubt to his discomfiture that a bare ten days after he talked about the two armies agreeing to, and being involved in, the process of “phased disengagement”, the situation erupted June 15 on the Galwan with the death by bludgeonings and drownings in the river of 22 Indian soldiers, including Lt Col Santosh Babu of 16th Bihar.

The mystery around why these killings by Chinese soldiers using nails-studded batons and similar type of weapons even occurred when Article 6 of the 1996 Agreement with China absolutely permits the attacked to use sidearms and infantry weapons in defence, only deepened when the former army chief General JJ Singh told a TV channel June 19 that this was because the army strictly followed the government’s injunctions against the use of force, any force, on the LAC. He apparently believed the government’s list of no-no’s over-rode Article 6’s provision for resort to lethal force. Defence Minister Rajnath Singh’s announcement June 21 that forwardly deployed field commanders were now free to retaliate in kind at least proved General JJ Singh right in terms of the previous rules of engagement. However, it doesn’t explain why the army in any way felt constrained by them — unless one assumes that officers up and down the command were, like General JJ Singh, unaware of Article 6, and if they were so aware, didn’t want to exercise their right of just response, not even to save themselves.

Now that the government is on board Article 6, the question is has the army made sure to rapidly arm all jawans and officers on the LAC with compact steel spiked maces and flails and instructions for their express use preemptively if they sense Chinese intent? Because otherwise, our mountain infantrymen will be in no better position than when surprised by the adversary on June 15 evening, and the outcome will not be different or any less bloody.

If the army brass were wrong-footed by surprise Chinese action, Prime Minister Narendra Modi’s virtual clean chit to China in his televised declaration of June 17 about the status quo not being disturbed at all was astonishing, considering TV channels in the previous days were regularly flashing commercial satellite images showing substantial military infrastructure buildup (pill boxes, depots, troop hostels, even kraals for armoured vehicles), dug-in artillery pits, and occupation of the entire area between topographic features Finger 4 and Finger 8 on the Pangong Lake, and similar construction by the PLA, inclusive of a helipad, northeast of the site of the imbroglio on the Galwan River.

The Indian people watching TV news are, unenviably, left to either trust their eyes (visual satellite data) or believe the PM.

I have been saying since the beginning of this territorial tussle that the Indian government had the imagery intelligence from Indian satellites making passes over these contested areas for over a year now when the PLA first initiated its construction activity. A person at the senior most level dealing with national security in the government confirmed this. The conclusion: Even as he was completely in the know, Modi did nothing. Not sure why though. Could it be because he expected that his personal relationship with the Chinese President Xi Jinping would motivate the latter to keep the LAC quiet? And, now by not acknowledging the Chinese buildup on the Pangong Tso and in the Galwan area, he is still affording Xi the maneuvering space to, even at this late date, pullout without “losing face”?

Beijing has been preparing its annexation plans for awhile and seemingly didn’t care Indian satellites were conveying photographic evidence of PLA activity to Delhi. Xi, it’d appear, was confident Modi would not react violently. The reports from those who accompanied Modi to Wuhan suggest the Indian PM was particularly taken by Xi’s deft personal touches, such as conducting the Indian leader around his birthplace (near that Chinese city), etc. The result is Xi is playing Modi like a fiddle.

Xi’s conviction about Modi’s inaction in the face of provocation may also be because of the 2008 agreement binding Delhi to not rake up the matter of clarifying the LAC (alluded to in the preceding post) that the US-based Stimson Centre Chinese-origin scholar Yun Sun (not Sun Lun — my mistake!) based her analysis on. Yun concluded, in effect, that Delhi is cognizant of the latitude China feels it has in redefining the LAC, and it is this that China has exploited. When asked about this and Delhi’s response a very high official who served in the UPA government tells me there was no such agreement and, in fact, that clarification about the LAC was sought in 2010 and again in 2012. “We drew the conclusion quite early in 2003-4 when it was clear that China wanted ambiguity about the LAC”, he writes in his message, “that the only real answer was on the ground. Hence the 72 GS roads, two extra divisions, the mountain strike corps, the reopening of ALGs etc. But you know all this. The other responses were diplomatic, or narrative building etc.”

As to why the lowland and the heights on the eastern shore of the Shyok River fronting on the Daulat Beg Oldi/Karakorum- Depsang road were not secured once the alignment of this road was fixed a decade or more back, well, there’s no satisfactory answer. A senior military man in the loop advised that I needed “to understand both the dynamics of LAC and the terrain”. Given that the PLA doesn’t have a much easier terrain on its side, the Chinese seem to be able to better cope with geography and the vicissitudes of the LAC.

In this mess, however Modi anticipates this crisis to peter out, one thing is certain, China will not give up the Indian territory it has occupied nor surrender the physical assets it has constructed. In short, Beijing will not negotiate away the land it has acquired by proactive action in the Himalayas. This about draws the limits on Indian diplomacy. The sooner Modi government accepts this reality the more expeditiously it can approve military plans for evicting the PLA intruders , whatever it takes, because there’s no alternative. Especially because it wouldn’t want to be in a situation where commercially available satellite images will belie, at every turn, the comfortable fiction it may choose to flog about there being no Chinese aggression and occupation, and no situation that a bit of jaw-jawing with the Chinese won’t smoothen out. Beijing will be happy to talk but will not move out an inch.

A limited war, as I have maintained from the start, is the only way to vacate these areas of the PLA. It is also imperative a more proactive army establish soonest possible and at whatever cost a presence on the eastern shore of the Shyok River, and especially on the Galwan, Cheng-chenmo valley openings on the Shyok, whatever the difficulties of terrain and the LAC orientation in these areas.

The Chinese seem to appreciate that old saw about possession being nine-tenths of the law. What the Indian government and MEA understand about the country’s territorial integrity and sovereignty is anyone’s guess.

No doubt bent on cutting a deal, the Modi government urged the Army Commanders’ Conference to fall in line. It did, deciding to disengage across the board and to do so fairly rapidly based on the agreement reached by the Leh GOC Lt Gen Harinder Singh and the Chinese Maj Gen Liu Lin meeting in Chushul. Caution has been thrown to the winds. There’s no hint here of a proportionate withdrawal, with verification at each step that the PLA has pulled back as well. It will end up providing solace to Beijing and encourage it to get into the occupy, build-up, annex cycle that will leave India ever more vulnerable to Chinese military pressure.

Mark my words, the territory taken away by the Chinese will stay annexed. And this will be proven by commercial satellites a month hence which will show no change in the PLA force disposition on the Galwan and the Pangong Tso.

The article has been republished with author’s permission from his blog.