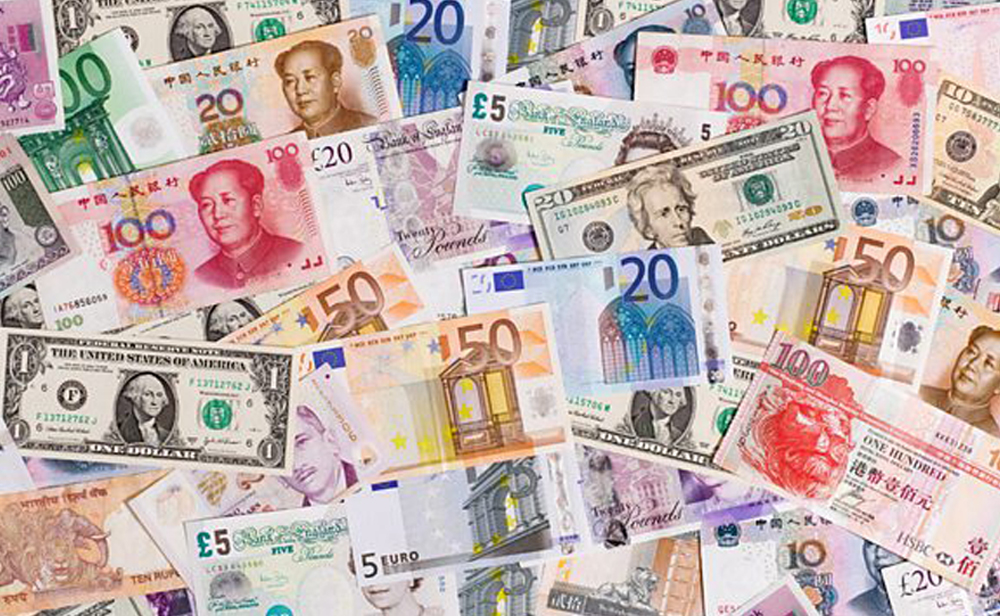 There has been a long tradition of non-profit organizations in India, known as Non-Government Organizations (henceforth referred to in this paper as NGOs) accepting financial contributions from entities – both individual and institutional – to conduct their operations.

In 2009, the Home Ministry, under Shri P. Chidambaram, made it mandatory for all organizations accepting financial contributions to declare on an annual basis to the Ministry of Home Affairs

These are filed as FC6 returns and have been made available to the public of India at the following web site – https://fcraonline.nic.in/fc3_amount.aspx ; Such FC6 returns (currently being called as FC4, post the minor amendments made to FCRR (2011) in 2015) are available online for financial years 2006-07 and beyond.

The quantum of funds received has been stepped up rapidly in the last 2 decades. Especially, the graph below shows that 2004 – the year of the Boxing Day tsunami – saw a record inflow and since then, funding has only gone from strength to strength. The annual inflow is as much as Rs. 12,000 crore/year.

Some observations on the nature of organizations accepting funds

The FCRA regulation makes it mandatory for the return to declare if the recipient of funds is a social, cultural organization and if it has a religious association. If it is associated with any religion, it is mandatory to declare if it is one of the religions of India – i.e., Hindu, Muslim, Christian, Zoroastrian, Buddhist, Jain or Baha’i.

We notice that 35% of total funds are received by organizations that explicitly declare their religious affiliation.

In the case of remittances from the US, it is possible to identify the American entity and understand their nature by means of the Form-990, the tax return which 501(c)(3) non-profit organizations there have to file, which details the nature of the organization. Such forms are available in public domain. Studying this information, we come to the conclusion that significant number of donors are partisan in nature and donate monies in the pursuit of specific agendas.

Some observations on the nature of fund routes

The bulk of funds received from abroad are from institutional donors. Many of them are charity/non-profit organizations themselves. While media attention is focused on such high-profile donors as Ford Foundation or the Bill And Melinda Gates Foundation, one may note that the large donors are less prominent – Gospel For Asia being one example.

There are other donors with wider reach and impact, such as Oxfam, Action Aid, Cordaid and World Vision which are, for unknown reasons, totally exempt from media scrutiny.

While performing detailed analysis, some independent analysts have discovered the existence of ‘control organizations’, i.e., large recipients that are registered in one particular location and which then distribute proceeds to smaller organizations on the ground for effecting change.

We have also noted that, cumulatively, the FCRA registered NGOs accrue roughly Rs. 600 crore as interest earned on deposits. Thus, we can conclude that all NGOs have a cash reserve of roughly Rs. 6000 crores in India.

Some observations on the nature of expenditures made

Returning organizations are required to supply information on expenditures as part of FC6 returns.

A few permitted uses are:[1]

It is the last mentioned activity which yields interesting results upon analysis. One such unusual use to which funds have been put to is purchase of land. Annually, about Rs. 50 crore is spent by FCRA NGOs on purchasing land. One organization – The Church of Jesus Christ of Latter-Day Saints or LDS, popularly known as Mormons, spends Rs 10-15 crores per year and in one year – 2012 – spent Rs 100 crores on purchase of land alone.

Given this background, let us delve into one of the main topics of this paper – that of interventions in the functioning of judiciary and legislature by these NGOs.

This table below shall be useful as an introduction and ready-reckoner for information relating to judicial activism engaged in by said NGOs.

We thus notice that a lot of controversial litigation has emerged from foreign funded NGOs. We can accept that judicial activism is part of NGO activity aimed towards achieving goals of social justice.

In this context, we wish to highlight the body – National Advisory Council – set up by the UPA Government to function as an advisory body for the Prime Minister’s Office. It was headed by the President of the Congress Party, Smt Sonia Gandhi.

During the period 2004-2014, this body drafted many of the significant laws passed in Parliament, including the Right To Information Act, the MNREGA, the Right To Education Act and the Food Security Bill.

We present a few of the NAC members with long-standing links to organizations that had received contributions from foreign sources.

Thus, we see that individuals with financial links to foreign powers were primarily involved in drafting laws for the Indian people.

An organization called Women Power Connect was formed in 2004 and trained specifically for the purpose of lobbying and advocacy towards the following causes:

This organization was funded by International Foundation for Electoral Systems (IFES), which in turn was funded for this project by USAID, an Agency of the US Federal Government.

The European Women’s Lobby was also involved in a guiding role.

As a sample, we wish to highlight some of the activities that are typically conducted by the executive arm of the Government being taken over by NGOs.

The childline service – 1098 – for children to call in case of an emergency is well known to many of us. What is less known, however, is the identity of the organizations that operate this childline.

The list of organizations that operate the childline is listed for each district of India here.

We thus see that this entire service, which ought to be a function of the Government, is run by NGOs funded by foreign sources. The foreign donor organization mentions the activities of the Indian FCRA-NGO in its (former’s) annual report to its (former’s) Government. The Indian Government too advertises Childline NGOs as if it is its own work.

In our opinion, this tends to blur the division between the Government itself and agencies contracted for carrying out functions of governance.

People’s Watch, a Madurai-based NGO, has filed a law suit demanding that a Prison Visitor’s Board be established to set up a committee of specialized visitors to counsel prisoners. It is registered as Centre For Promotion Of Social Concerns, FCRA Reg no -TN/075940138.

Further, this particular NGO is led by Henri Tiphagne, first Indian to receive the Amnesty International Human Rights Award in 2016.

It is also common knowledge that aggressive conversion and proselytisation is carried out in prisons. Thus, this, in effect, means that foreign donors are explicitly demanding the right to proselytize in Indian prisons.

We earlier saw how the RTE act was drafted by the NAC, composed of persons associated with foreign-funded NGOs.

Next, we see how the RTE act, which does not apply to minority-run educational institutions, is enforced.

The RTE Forum and All India Forum for RTE, have been convened as loose unions of NGOs. Their focus is on vigilance over majority institutions to ensure that they implement the RTE. The do this by constant monitoring and filing suit, through media intervention. A quick glance at many of the organizations show that they are indirectly or directly funded by foreign governments and foreign agencies. Interestingly, the individuals enforcing RTE often would not need to comply with the Act in case they ran schools of their own!

In this context, we would like to point out two instances of activism in the recent past

In the case of the Kudankulam protests, the actual protests were run by the People’s Movement Against Nuclear Energy. However, it was shown by the then Government that the movement was supported by the Tuticorin Diocese Association, Tuticorin Multipurpose Social Service Society, both of which had received significant funds from abroad. The latter is also run by the Bishop of the Tuticorin Diocese.

In the case of the Niyamgiri mines, since Vedanta is a company headquartered in the United Kingdom, the protests abroad were led by Survival International.

From the facts laid out earlier, we believe that foreign funding for NGOs has the following impacts:

The most effective form of controlling subversive activities in the name of social service would be to not allow foreign funding for non-commercial activities.

We propose the following legislative changes: