For extremists, is Ramzan fasting month or killing month? 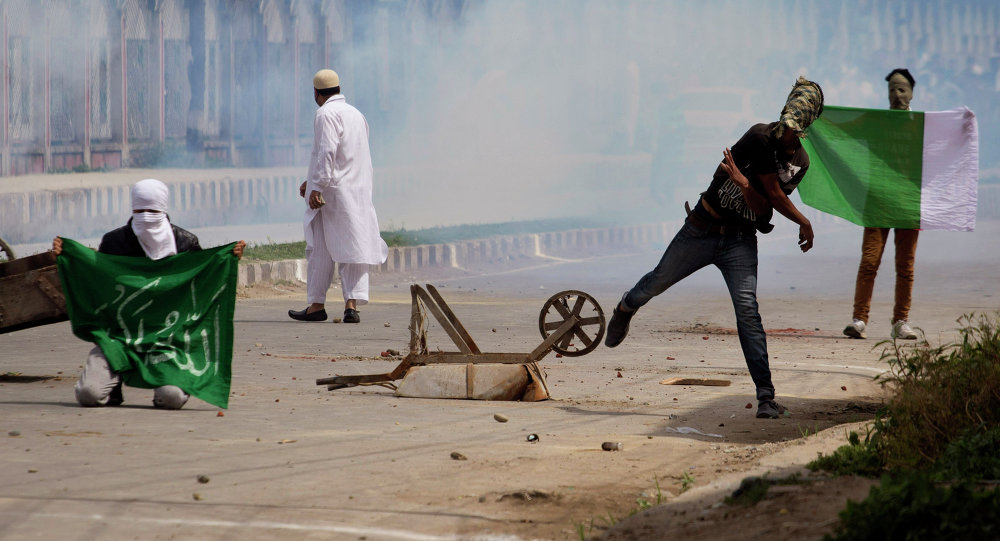 Pakistan breaching the Line of Control, Shelling from Pakistanis, Civilians injured, 12 BSF Jawans including children deaths, over 60 people injured – These were the headlines, news in any of the dailies during the past week. Why go so far into the past! Day before yesterday, Muslims in Kashmir resorted to stone pelting on a vehicle carrying 28 CRPF jawans, toppled the van and dragged a jawan out of the vehicle and continued to pelt stones on him with clear intention to kill. Forces who arrived at the spot saved him from certain death but the jawan was bleeding heavily from his head.

On 25.05.2018, in Bandipora region of Kashmir, 5 Lashkar-e-Taiba Terrorists barged into the home of Yakub and slashed his neck.

Why does this happen? Sudden surge of attacks and killings? Are the terrorists attacking us? No. Let us taken our attention to a particular phenomenon. When does all these attacks happen? Every single attacks happened during the month of Ramzan.

Now the question may arise, would you blame Hindus for all the killings that happen during Deepavali, Ganesh Chauti, Sankranti, Ugadi etc? The thoughts here are not about Muslims or Ramzan. Instead it is about those extremist elements who have misunderstood Islam, holding on to the ideas in the ancients texts relevant to Mohammed’s times. On one side are Muslims who fast and do charity and on the other side are those Muslims who just kill randomly. These people make it difficult even for decent Muslims to walk with their heads held high.

Honorable Minister Rajnath Singh has ordered ceasefire during the Ramzan. But are the Pakistani Muslims complying with this peace initiative? Or are they following Koran and killing people?

Yes, reasons for violent Pakistani attacks on India and the casualties all over the world happening during Ramzan, are in Koran itself.

Meaning: And when the sacred months have passed, then kill the polytheists wherever you find them and capture them and besiege them and sit in wait for them at every place of ambush. But if they should repent, establish prayer, and give zakah, let them [go] on their way. Indeed, Allah is Forgiving and Merciful.

Meaning: They ask you about the sacred month – about fighting therein. Say, “Fighting therein is great sin, but averting people from the way of Allah and disbelief in Him and preventing access to al-Masjid al-haram and the expulsion of its people therefrom are greater evil in the sight of Allah. And persecution is greater than killing.” And they will continue to fight you until they turn you back from your religion if they are able. And whoever of you reverts from his religion to disbelief and dies while he is a disbeliever – for those, their deeds have become worthless in this world and the Hereafter, and those are the companions of the Fire, they will abide therein eternally.

As seen this Ayat also doesn’t differ too much in the meaning of previous referred one.

Let us see if there any Muslim who would oppose this? Do the worthless folks who call themselves Secular and walk around with Manusmriti in their armpits and quote something that is not even in practice, dare to oppose this? Will they are to question this?

Who is responsible for Pakistanis who are attacking India reading the verses seeking to brutally kill? ISIS Terrorists give much importance to this and create so much of bloodshed across the world. What is the response of the seculars to this?

Why should India remain silent? Mohammed Ghori attacked Prithviraj Chauhan 17 times. Despite losing and surrendering Ghori’s life used to be spared by Prithviraj Chauhan and sent back. We have heard of the tale that Chauhan was finally killed by the same ungrateful Ghori. The same story is repeating with India. Citing sanction from Koran and tenets of Islam, they are killing Indians and Non-Muslims around the world.

Not just that. Shahi Al Buqari Volume 5, Book 59 (Expedition) Hadith 716 has a reference which says Prophet Mohammed was bedridden. He demands Muslims for fulfillment of 3 wishes. First of which was to drive out Pagans (Non-Believers) out of Arabian Peninsula. Second, provide gifts to the foreign delegates and third he says he has forgotten. He says exactly as follows:

Thursday! And how great that Thursday was! The ailment of Allah’s Apostle became worse (on Thursday) and he said, fetch me something so that I may write to you something after which you will never go astray.” The people (present there) differed in this matter, and it was not right to differ before a prophet. Some said, “What is wrong with him ? (Do you think ) he is delirious (seriously ill)? Ask him ( to understand his state ).” So they went to the Prophet and asked him again. The Prophet said, “Leave me, for my present state is better than what you call me for.” Then he ordered them to do three things. He said, “Turn the pagans out of the ‘Arabian Peninsula; respect and give gifts to the foreign delegations as you have seen me dealing with them.” (Said bin Jubair, the sub-narrator said that Ibn Abbas kept quiet as rewards the third order, or he said, “I forgot it.”

Accordingly, attacks keep happening everywhere during Ramzan. Even those observing Ramzan peacefully get a bad name due to Muslim fundamentalists and Islamic Extremists. As per records, it is said around 1.6 Billion people fast during the Ramzan. With the world population being ~7 Billion, 22% of them are fasting. Some among them are killing. Chanting the same verses of Koran they are destroying the society.

We have answers why they extremists kill during these days. Though no specific reasons exist, each one get inspired by the other and perpetrate these kind of violence.

It was during the month of Ramzan that ISIS or Islamic State Caliphate was proclaimed. Abu Bakr Al Bhagdadi of ISIS proclaimed himself as the Supreme Maulvi from the discourse table during the Ramzan month.

No one can forget the call given by Mohammed Al Adnani, spokesman of ISIS to the followers: “Ramadan is coming, the month of attacks and jihad, the month of conquest so be prepared and be on alert, and make sure that everyone of you spends it (Ramadan) in the name of God on the attack. Requesting from God that it (Ramadan), God willing, be a month of calamity on the non-believers anywhere, especially by those soldiers and supporters of the caliphate in Europe and America.”

It is the same policy followed by Al-Qaeda without any consideration of gender – male or female. When the extremists were asked why they kill during Ramzan, their reply was
1. To prove to the world that they don’t fear anything or anyone
2. To enhance their faith (Iman). A feeling that they have proven a lot by killing during Ramzan and the belief that they become even more powerful by doing so.
3. If they are martyred in the process they would gain direct entry into Jannat (Heaven) – the reason why all extremists desire martyrdom
4. To gain more merits – Killing during Ramzan earns them greater merit compared to killing during other days

Now that you know why Muslims kill more during Ramazan month, why should our Army observe ceasefire and not attack them? Should we allow them to kill us when they say Koran says so or Allah says so? Mr Rajnath Singh, Ramzan is not the same everywhere. If they have to necessarily kill during month of Ramzan, let them kill hens and sheep, not humans.