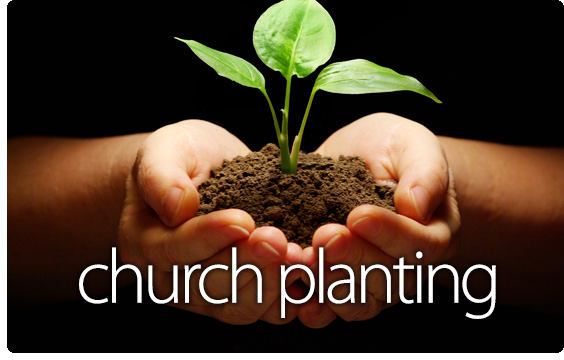 One of the fundamental things we need to understand is the “ownership” of Indian NGOs who are registered under FCRA and receiving foreign funds.

For a backgrounder, one may see IndiaFacts exposes on Christian evangelical organizations receiving foreign funding through the FCRA route.

This piece will explore a key question: who “owns” Indian NGOs which are registered under FCRA? At the face of it, both legally and technically, there will be some owners who are all Indians –according to FCRA rules—but that does not tell the actual story. What really matters is who the donors are.

It is strange that Government of India has a web portal exclusively for NGOs at ngo.india.gov.in. This portal lists details of all NGOs which receive funds from Government of India. If that seems ironical, we need to delve deeper.

As far as my study goes, the intersection of these two categories is almost zero—that is, there are no NGOs which are common to both. Given that there are hundreds of thousands of NGOs in India, there might be a few common ones but the number as I said, is almost zero.

While all FC (Foreign Contribution) receiving organizations must register themselves with the FCRA wing giving details about the nature of their organization (social, religious, economic, educational etc), I have often found that this distinction is notional.

In case of certain religions, there may not be any distinction between these domains. If the founder of the NGO happens to be guided by such a religion, he/she may call the NGO a social/educational one, but may actually be using it to propagate his/her religion.

Therefore, this gives us a sound logical premise to ignore examining the stated nature of the NGO.

Going forward, the acronym NGO should be taken to mean those NGOs registered under FCRA and receiving foreign funds, unless stated otherwise.

Since the stated nature of the NGO may be at variance with what it practices, let me give you my understanding of the proportion of NGOs of certain types.

By far, Christian NGOs rule the FCRA landscape to a staggering extent of 65-70 per cent of total FCRA contributions received. In real numbers, this works out like this: of the Rs. 11,000 Crore being received in a year, approximately Rs. 7000 Crore reaches such NGOs. Non-denominational NGOs such as those working for rural/urban development and similar social projects could be receiving about 10 per cent. An equal amount, say 10—15 per cent reach Hindu NGOs. The rest is accounted for by Government Organizations—for example, IIT-Kanpur can and has received money through FCRA.

A distinguishing feature of Hindu NGOs is that their donors are to a large extent, individuals. As the population of NRIs and PIOs grow and as they increase their wealth, and as they long for their Janmabhoomi, this yearning is translated to remittances via FCRA. Typically, such individuals send money to the leaders of their sects (or Mathas), say Swamijis or Sadhvis or Ammas or Adigals or Babas. A more appropriate characterization of such remittances is Guru Dakshina. In rare instances, for operational reasons, where NRIs/PIOs are organized, the donations of individuals could be aggregated and remitted to the Indian NGO. However, the character and conduct of the Indian NGO remains truly Indian. Due to the disaggregated nature of receipts, the agenda is set within the Indian soil. Furthermore, the spiritual leader or Guru lives in India to decide and guide the activities for which the money is spent.

In contrast, NGOs with Christian Evangelical complexion receive money largely from institutions established abroad. I can reel out examples where such one-to-one mapping exists, but this article is not the place for it. It will not be far-fetched to say that the Indian arm of the Evangelical NGO is typically established by the foreign donor for the express purpose of sending money into India.

Again, in contrast, very few individuals (as a fraction of the total money remitted) from abroad contribute to the Indian NGO with the said Evangelical complexion. Thus, the one-to-one (or, few to one) relationship between the foreign Organization (known as Charities/Non-Profits in such countries) and the Indian Evangelical NGO ensures that the agenda is set by the foreign organization. This is what led me to coin the slogan: the decade of decay is marked by the NGO-ization of Governance and the BPO-ization of Proselytization.

The Indian NGOs are foot soldiers. No doubt they are committed. However, their activities are guided by foreign charities if such charities are the large donors. Having said that, I would like to sound a note of caution. As I have remarked on my twitter timeline, there exists a non-zero number of Evangelical NGOs in Kerala and Tamil Nadu (and, to a very small extent in Hyderabad as well), who have gone international. However, a cursory glance of their websites and pronouncements provide the unmistakable notion that their agenda is in sync with that of several foreign Evangelical organizations.