Free India from Left-Liberals sneering at its ancient history 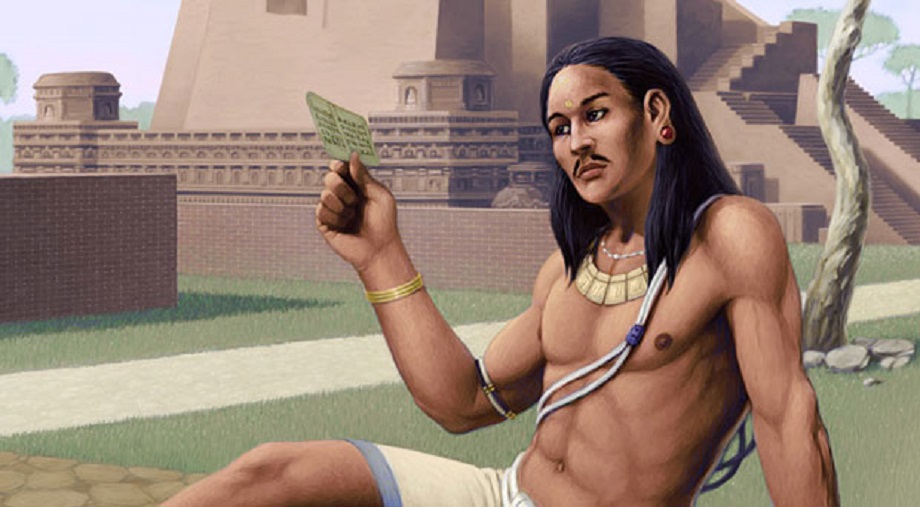 A man of Indian origin recently won the Fields Medal. This is considered the Nobel, or the highest prize, for excellence in mathematics. Manjul Bhargava has path-breaking contributions as a researcher in mathematics, one of the biggest of these achievements is to have solved a 200-year-old mathematical problem.

How did he do this? Bhargava says he was able to do this by reading old Sanskrit manuscripts stored by his grandfather Purshottam Lal Bhargava who was the head of the Sanskrit department at the University of Rajasthan. There he found out about the work of the 7th century Indian mathematician Brahmagupta, and he realised, using Brahamagupta’s work that he could solve a problem unresolved for two centuries.You can read more about what exactly he solved here and I am not going into it because my point is different.

Ever since the Narendra Modi-led government took over the governance of India, there has been a lot of sneering about some textbooks which supposedly talk about achievements of ancient Indian science, including supposedly about stem cell research. There is no doubt that some of these claims are unverifiable but there is a larger point here.

The point relates to the endless tittering about ‘loony Hindutvadis’ and suggestions that to make any such claim, indeed about anything from ancient Indian science which might be relevant to today’s world is ridiculous, indeed communal. These disparaging remarks are — and usually always have been — made by ‘progressives’ who believe that that all that Indian tradition largely is dated, moribund, and full of ONLY venal rituals, like sati, and is best left abandoned, better still, buried.

But let us examine whether this classical Marxist-Maoist line (remember the Cultural Revolution in China which destroyed all of that country’s ancient heritage) is really true.

First let us start with Brahmagupta. Thankfully, we can talk about him here without fear of being labelled Hindu nationalist and communal because no less than a Princeton professor has mentioned him. Brahmagupta was one of the greatest mathematicians of all times and lived in the 7th century AD. He was the first to give the rules to compute with zero and the first to give the solution to the general linear equation. His two seminal books are Brāhmasphuṭasiddhānta and Khaṇḍakhādyaka.

[pullquote]Colebrooke concluded that the algebra of the Indians was more distinguished than that of the Greeks.[/pullquote]

Now the only reason Bhargava could access this was because of the knowledge of his grandfather in the Sanskrit language and its texts. Ironically, recently when a suggestion for special events dedicated to preserving and promoting Sanskrit was started, it was once again was targeted with special derision.

What is it about Sanskrit and indeed any of our ancient Indian texts that they are treated with such vitriolic disdain if it is ever suggested that they have anything of modern relevance or that they form the founding pillars of our civilisation?

Why is it that modern Indians are so reluctant to believe that the country that they live  in— and sometimes prosper — and whose benefits they enjoy, come from civilisational values that go back thousands of years? Why should that be embarrassing since this much is accepted by pretty much every Indologist who has ever researched this country? Why is it that when a suggestion comes that we must try and locate the lost river Saraswati, there is immediate bad-mouthing whereas for several years now ISRO has been on the same absolutely scientifically valid task?

Let us look at Sanskrit, a language few Indians understand or read or write any more — in fact some of the best Sanskrit scholars in the world are in America and therefore it is there interpretation of our texts, along with their ideology or worldview which, as is always true for all scholarship, influences their interpretation of our texts that dominate our discourse — and let us see what others have had to say about Sanskrit. William Jones, one of the great Orientalists during the Bengal Renaissance, wrote that he had found Sanskrit to be ‘more perfect that Greek, more copious than Latin, and more exquisitely refined than either’.

Henry Colebrooke, another strikingly diligent Orientalist, discovered that Brahmagupta, and then, from a period before the mathematician, the 6th century astronomer Aryabhata. And comparing Aryabhata’s work and that of the Hellenic Diophantus, Colebrooke concluded that the algebra of the Indians was more distinguished than that of the Greeks.

That there are enormous riches in ancient India has always been known — but the question is, will our feeble minds only accept it when it comes to us branded from the West like yoga?

Unfortunately, the riches of ancient India have got trapped in this country’s bitter communal debate — and it really does not need to. It is time to set our traditional knowledge free, perhaps, dare I say, even take pride in it. It won’t make you communal. It might, though, make you more confident.

(This article was first published on the author’s blog)