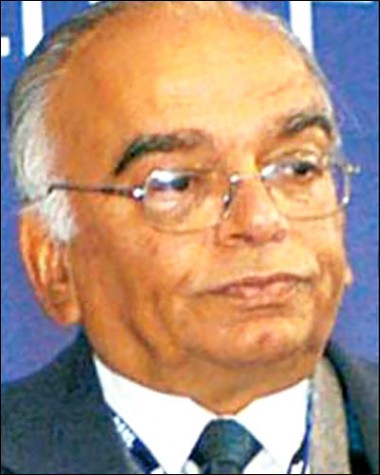 The Central Bureau of Investigation’s action against Pradeep Baijal defies logic. The premier agency has alleged cheating in the sale of ITDC-owned Laxmi Vilas Palace Hotel in Udaipur. Twelve years after he demitted office as disinvestment secretary, Baijal is accused of criminality in a transaction which, like other privatizations, was transparent and thorough. It is also an affront to Prime Minister Narendra Modi who, within weeks of assuming charge, had assured bureaucrats that they would be shielded against malicious prosecution for bona fide decisions.

It is a universally accepted fact that the red tape is the bane of administrative processes. So, it was not surprising for the Prime Minister, whose major election plank was good governance, that bureaucrats would be protected against victimization. This was a big concern against the backdrop of cases filed against former Securities & Exchange Board of India chief C.B. Bhave and former coal secretary P.C. Parakh. Both have been absolved of criminal liabilities, but action against them has done considerable damage to the morale of top officials.

Reforms will also be adversely affected. Privatization is a most extreme type of liberalization, inasmuch as every selloff is an assertion of the free market principle that the business of government is not business. This is also the reason that the champions of Nehruvian socialism—the Congress, unions, sundry intellectuals, activists, et al—so vehemently oppose the sale of any public sector undertaking (PSU).

It is to the credit of former disinvestment minister Arun Shourie that he sold off PSUs in a transparent manner; despite most hostile scrutiny and vindictive action by the United Progressive Alliance did not produce anything to nail him, because there was none. Even more admirable about him was the attitude he adopted: instead of pushing strategic sales by hiding behind some politically correct drivel—e.g., ‘revenue from disinvestment would give the government money for the uplift of the poor’—he emphasized the ideals of limited government and economic liberty. In an interview to me on February 14, 2002, Shourie had said that “there is the general objective of reducing the role of the state in society. For, I believe that Indian society is much healthier than the Indian state. We lost a generation because the state was sitting over the creativity of society. I have been advocating this rolling back of the state for more than 35 years.” At that time, I worked with The Financial Express.

It was because of his embrace of the ideas of classical liberalism that the Left and intellectuals hated him; they still hate him. This was also the reason that he and his officials were relentlessly castigated and calumniated. And, of course, they were also put to harsh scrutiny, but they came out unscathed from all trials and tribulations; the Balco judgment of the Supreme Court (2001), which validated the sale of the aluminum PSU, was a testimony to the correctness of the privatization process.

Therefore, it is unfortunate that the long-forgotten selloff is being re-examined. The CBI has come up with figures without offering any justification. In its press release dated August 28, it alleged that the worth of the land on which the property was situated was Rs 151 crore, whereas it was sold for about Rs 7.5 crore. Now, it is elementary that when a corporate entity is sold, valuation is done on the basis of all assets, liabilities, and earnings; its price cannot be arrived at just by taking into account the assets. The proper perspective about Laxmi Vilas Palace Hotel presents a dismal scenario.

Revenues and profitability of the hotel were continuously falling from 1997-98. Sales came down from Rs 3.6 crore in 1997-98 to Rs 2 crore in 2000-01; after a profit of Rs 1 crore in 1997-98, it went into the red, with the losses mounting to Rs 1 crore in 2000-01. In short, the hotel had become a liability on the exchequer. Shourie, Baijal, and other officials not only got rid of the revenue-guzzling white elephant but also earned a tidy sum in the process. Instead of lauding them, the top investigative agency has initiated a witch-hunt against them.

This is not how achhe din can be ushered in. The CBI has exhibited appalling gaucheness in its action against Baijal. The people who would be celebrating would include Leftists, fellow-traveling intellectuals, and anti-development activists. It is time the Modi government acted swiftly to check the CBI’s ill-conceived hyper-activism.