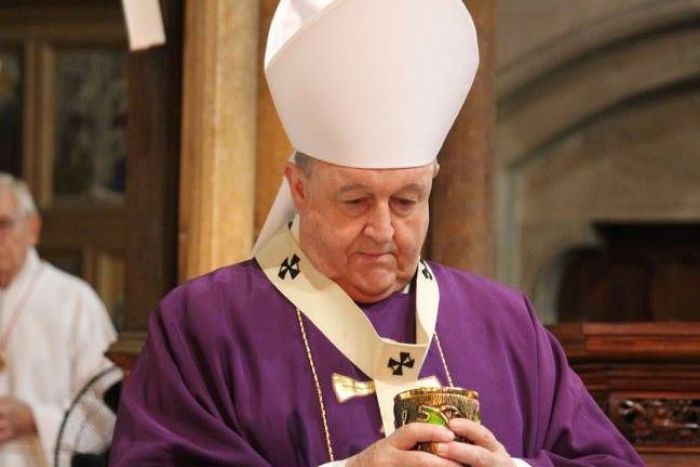 Close on the heels of the baby trading scandal at the Missionaries of Charity in India, yet another scandal in Australia involving child sexual abuse has claimed the scalp of Adelaide Archbishop – Phillip Wilson. The Archbishop has finally resigned on 30 July 2018 after intense pressure including from the Australian Prime Minister Turnbull[1]. He was found guilty in May this year of covering up the sexual abuse of children for three years from 2004-2006. The children were sexually abused way back in the 1970s, by paedophile priest Jim Fletcher (who died in prison in 2006). Mr Wilson was sentenced to detention for a year earlier in July 2018 but was refusing to resign. He is not the first Archbishop to go. In 2016, another Archbishop, the Anglican Archbishop of Perth[2] had to resign for similar reasons.

The story of child abuse in Church dates back many years. The severity of the problem prompted the Australian government to institute a Royal Commission into Institutional Responses to Child Sexual Abuse in 2012 (RC). After a five-year inquiry, the Commission released its final report in December 2017[3]. The RC report which runs in to 17 volumes has made a total of 409 recommendations to make institutions child safe. The report is divided in five parts: understanding child sexual abuse in institutional context, child safe institutions, support and treatment, particular institutions and what lies beyond the Commission’s report. The report is an eye-opener and highlights the extent of the rot.

Over 8,000 personal stories were heard by the Commission. The Commission reported that ‘tens of thousands of children have been sexually abused in many Australian institutions. We will never know the true number. Whatever the number, it is a national tragedy, perpetrated over generations within many of our most trusted institutions’ (RC, 2017:5)[4]. The traumatic experience made the survivors feel that their innocence was stolen, childhood was lost, and their personal relationship were damaged. Of the survivors 64.3 per cent were male. The Commission found that mostly the ‘people in religious ministry and teachers were the perpetrators’ (RC, 2017:10)[5]. The top three places where the abuse occurred included out-of-home care, schools and at religious activities. The top two religious institutions where the abuse took place included catholic institutions (62% approx) and Anglican institutions (15% approx). Hindu and Islamic religious institutions reported less than 0.2% or less than five cases out of survivors interviewed by the RC.

Majority of the survivors admitted that the sexual abuse took place in religious institutions. ‘More than 4,000 survivors in private sessions told us they were sexually abused as children in religious institutions in Australia. The abuse occurred in churches, presbyteries and rectories, confessionals, religious schools, orphanages and missions, and various other settings…….. The perpetrators we heard about included priests, religious brothers and sisters, ministers, church elders, teachers in religious schools, workers in residential institutions, volunteers, youth group leaders and others.’ (RC, 2017:43)[6].

The RC (2017)[7] concluded ‘The greatest number of alleged perpetrators and abused children, in Church managed facilities that we are aware of, were in Roman Catholic institutions’. Despite knowing, the alleged perpetrators were allowed by the Church to have access to children. Similarly, when complaints were made to the institutions the response was inadequate or simply unjust. It is not a problem of the past, it continues even today, the RC found. The RC is compiling a book “Message to Australia’ where in the survivors have been invited to give their message anonymously.

Another report published in August 2017 by the RMIT University, Melbourne specifically focuses on child sexual abuse in the Catholic Church. The authors of the report are Prof Cahill and Prof Wilkinson. The Report notes ‘the sexual and emotional abuse of children within Catholic settings by priests, religious brothers and sisters, is ultimately a tragedy of immense proportions……. many thousands of lives across the world have been badly damaged, if not destroyed, in the continuing and tragic saga of the sexual abuse of children which can be traced back to New Testament times’ (RMIT, 2017:15)[8]. The RMIT report was prepared after a meta-analysis of 26 key international and Australian reports on child sexual abuse. The study considered reports from Australia (10 reports), Belgium (1), Canada (2), Ireland (4), the Netherlands (1), the UK (2) and the US (7).

The history of sexual abuse of children by the priests and other religious figures of the Catholic church goes back to 4th century and since then it is continuing to the present day. Many historical records are deeply buried in the diocesan secret archives. Great secrecy was maintained about priestly misconduct. According to the report, Canons 489 and 490 of the 1983 Code of Canon Law appear to be specifically designed to maintain a code of silence. Furthermore, secret code words and euphemisms were used to hide priestly sexual misconduct. In the historical records of the Church, usually written by the priest themselves, the negative issues such as sexual misconduct were omitted. Lack of systematic archival search is yet another issue which leads to covering up of sexual misconduct by priests.

The RMIT report (2017:37)[9] notes that ‘slavery was an institution tolerated by the early Church in its sociocultural Roman context, as were oppressive patriarchal relationships’. Interestingly, even the very first canonised saint of Australia was also involved in child sexual abuse. “Another major episode of clerical child sexual abuse to have recently come to light concerns Australia’s first canonised saint, Mother Mary MacKillop (1842–1909), known as St Mary of the Cross…. she herself was excommunicated’ (RMIT, 2017:52). Similarly, the Australian Senate Inquiry’s investigation into Christian Brothers in 2001, led to Brother Carmody being jailed for three years after pleading guilty to sexual abuse of children – the first Catholic religious jailed in Australia for child sexual abuse.

In the post WWII review of sexual abuse, the RMIT (2017:55) found that ‘child sexual abuse by priests and religious is a world-wide phenomenon in the global, universal Catholic Church even where the research evidence is either scanty or non-existent’. The Report provides harrowing account of child sexual abuse in the Catholic institutions of each of the western countries mentioned above.

The Report notes that the diocesan leaders were not forthcoming/transparent in providing information to external agencies. The Report also provides considerable details about child sexual abuse in Catholic churches in Europe. As for the Churches in Asia, the RMIT Report (2017:92) notes the following. ‘Bishops all over Asia (including nuncios of various Asian countries) receive letters from different quarters of the Church that paedophilia has already become a considerably serious problem in Asia”. The Report also provides details of subsequent inquiries of child sexual abuse in Australia.

In addition, the report also deals with issues such as priesthood and priestly training, child sexual abuse in catholic residences, the theological and pastoral parameters of abuse, psychological profile of perpetrator priests, the episcopal response and an interpretive reprise.

The RMIT report (2017:120) summarises ‘Tragically the sexual abuse of children has sullied and besmirched the reputation of all Catholic priests and religious brothers across the global Church’.

Interestingly, all this happens in a wealthy establishment located in developed countries. The national wealth of Australian Catholic Church alone is estimated at $30 billion[10]. There are already calls for reviewing the tax-free status of the Church. As a recent CNN report[11] reveals Catholic Church is a big business. ‘The Vatican has big investments in banking, insurance, chemicals, steel, construction, real estate’[12] and pays no taxes. Consequently, considerable money is at stake in retaining and expanding the influence of the Church. Forbes reported in 2013[13] that fraud was thriving in US Churches.

Recent years have seen a sharp decline in Church attendance. The attendance in the mass of the Church has significantly declined over the years 74% (1954) to 12.2% (2011). The reasons for non-attendance were interesting: 31% indicated disagreement with Church teachings, 22% due to disillusionment with sexual abuse revelations and another 18% due to inability to accept Catholic beliefs (RMIT, 2017).

Given this disillusionment of Westerners with the Church, it is but natural that a big push is being given for conversion activities in Africa and Asia. But before proselytizing the hapless poor in Africa and Asia, the Church establishment would do well to fix the problem at home, that is, in Western countries and bring its house in order. To expand market share in the global religious market, the proselytizers are engaged in eulogizing their product and denigrating that of the others.

It is easy to spread misinformation about other faiths and denigrate them. But given the horrible state of affairs with respect to child sexual abuse as revealed in the two key reports reviewed above, and consequent disillusionment of Westerners with the Church as evidenced by depleting attendance, it is high time that an honest soul-searching and self-analysis takes place within the Christian establishment.