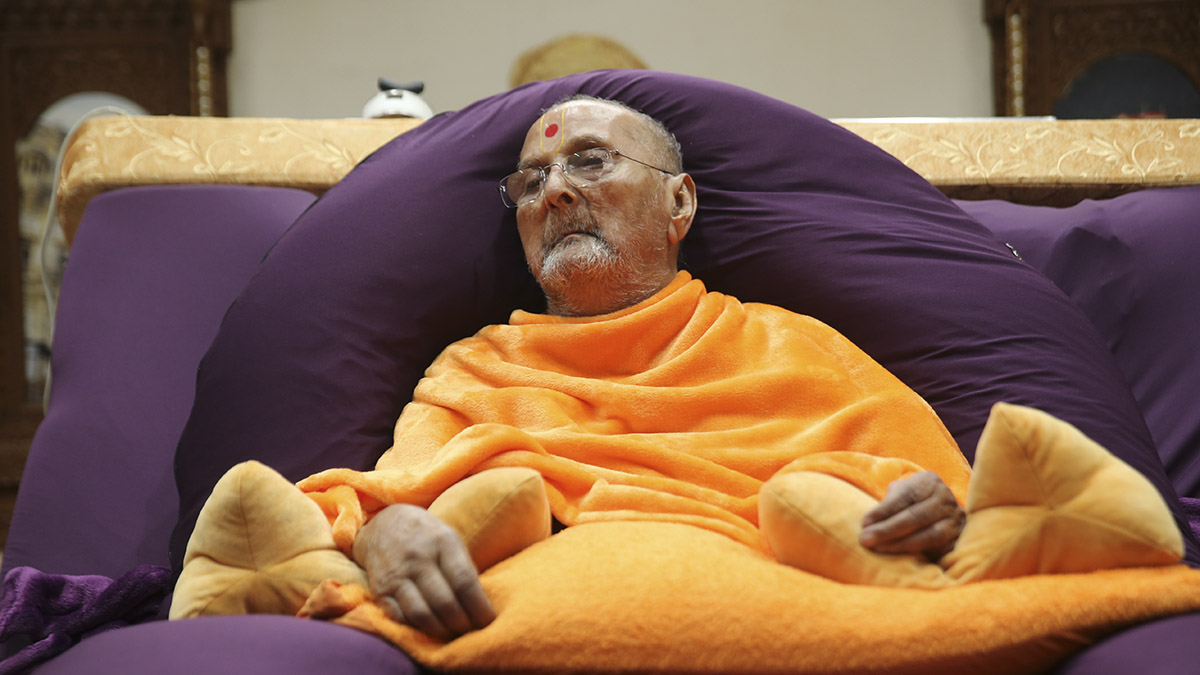 His Holiness Pramukh Swami Maharaj, the president of the Boachasanvasi Akshar Purushottam Sanstha (BAPS) Swaminarayan Sanstha and the fifth spiritual successor of Bhagwan Swaminarayan passed away at around 6 PM on August 13, 2016 in Sarangpur.

He was among the most influential Spiritual Guru in the recent times and was a central figure of Akshar Purshottam faith. He expanded the BAPS movement across the world and made spirituality and social service reach the remotest corners of India.

Here is a brief biographical sketch of the Swami.

His Life and activities: Pramukh Swami Maharaj was born on December 7, 1921 in Chansad village near Vadodara, Gujarat. He was named Shantilal by his parents, Motibhai and Diwaliben Patel. He was calm, soft-spoken, very active, and had a devotional bent of mind from childhood itself. His parents were practitioners of Akshar Purshottam faith and were very devoted to Shastriji Maharaj, the third spiritual successor of Bhagwan Swaminarayan. Thus, Shantilal was exposed to a spiritual atmosphere right from his childhood.

In November, 1939, at the age of 17, Shantilal left home to become a Sadhu. He was initiated into parshad order by Shastriji Maharaj on November 22, 1930. Later, he was initiated into Sadhu order on January 10, 1940 and was given the name “Narayanswarupdas Swami.” Between 1939 and 1946, Shantilal undertook deep study of Sanskrit and Hindu scriptures. He also involved himself in various Seva activities. He was then appointed as the head of the largest BAPS temple in Salangpur in 1946 and oversaw the successful expansion of the temple and its various facilities.

After Yogiji Maharaj passed away in 1971, Pramukh Maharaj, who was until then only the administrative President of BAPS, became its Guru and Spiritual head as well. Over the next 40 odd years, Pramukh Maharaj spearheaded a vibrant Hindu spiritual and social movement across the world. He constructed more 1,100 mandirs in India and abroad and has initiated more than 1000 people into Sadhu order. He undertook 27 international spiritual tours across fifty countries. In 1974, he constructed the first BAPS mandir in USA in New York and today around 6 shikharbaddha mandirs and 70 hari mandirs function across North America. It was under his supervision that the famous Akshardham temples in Gujarat and Delhi were built. He also created academic centers like ARSH in Gandhinagar and BAPS Swaminarayan Research Institute in New Delhi for preserving and promoting Sanskrit Studies.

Apart from this, BAPS, under his leadership, have undertaken various social activities in the field of education, disaster relief, health, and upliftment of the tribal and underprivileged people, to name a few. BAPS have provided relief to the victims of various natural disasters in Odisha, Gujarat, Tamil Nadu, Africa, etc. They run 7 hospitals, 11 mobile medical clinics, and treat thousands of patients each year. They have also organized many medico-spiritual conferences and have run many successful campaigns against addictions. Pramukh Maharaj ji also oversaw the construction of more than 5000 wells in the Saurashtra area and has promoted the use of clean energy.

His Teachings: Pramukh Maharaj was a highly learned Guru, who was known for his simplicity, devotion, and humbleness. He asked people to love everyone, stay on the path of Dharma, and dedicate oneself to God. Here is a compilation of a few of his teachings extracted from BAPS website: