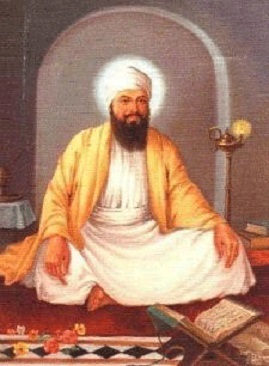 In modern times all of us are guaranteed freedom and liberty due to the fundamental rights enshrined in the Constitution.  The situation however was different during the 17th century when monarchies were the order of the day. And as far as India of that era was concerned, this meant almost exclusively the prolonged Mughal monarchies which barring Akbar were uniformly tyrannical, cruel and barbaric as far as Hindus were concerned. Neither was this barbarism against Hindus merely accidental or owed to the quirk of a random Mughal king.

And as history tell us, this tyranny reached its apogee during Aurangzeb’s rule. Perhaps no other Muslim monarch oppressed Hindus, did such colossal damage to their way of life, trampled on their beliefs, and destroyed their temples as much as he did, as often as he did, and over such a protracted period. And paved way for large scale mutinies and rebellions across his vast empire from the Hindus. Many courageous heroes emerged—from Shivaji in Maharashtra to the Raja of Bundelkhand to the Sikh Guru Tegh Bahadur.

Guru Tegh Bahadur was the ninth Sikh Guru who took it upon himself the to act against the oppression of the mighty Mughal megalomaniac Aurangzeb. One’s heart is filled with sorrow—and pride when the tale of this gallant Guru is read.

To forgo one’s life for a cause is a difficult and exigent calling. Many eminences in the history of mankind have given their lives often for personal reasons, but Guru Tegh Bahadur was willing to risk his life not for just protecting his own kinsmen and followers but mainly for the persecuted Pandits from Kashmir.

The Kashmiri Pandits were acclaimed for their erudition and for a long period of time shared a good rapport with the Sikhs and their Gurus. One of the renowned members of the community, Kripa Ram had known the Ninth Guru and also taught Sanskrit classics to the Guru’s young son Gobind Rai.

But by the late 1660’s this community of scholars faced an existential threat from Aurangzeb who made it his mission to rid India of everything un-Islamic and pave the path for an Islamic state. To imagine the horrors  unleashed by Aurangzeb, one need not look farther than the present-day atrocities of radical Jihadi groups like ISIS and Boko Haram who seem to have taken a leaf out of Aurangzeb’s book. The Mughal tyrant not only wanted to change the religion of his non-Muslim subjects but cherished the dream of erasing any trace of Sanatana Dharma from this nation—and so, the scholars of Varanasi and Kashmir were among his chief targets.

In early 1675, the besieged Kashmiri Pandits had been given a simple option by the Aurangzeb:  either convert to Islam or be executed. A large delegation of Pandits led by Kripa Ram approached Guru Tegh Bahadur in their acute hour of need and poured out their woes.
[pullquote]Guru Tegh Bahadur was the ninth Sikh Guru who took it upon himself the to act against the oppression of the mighty Mughal megalomaniac Aurangzeb. One’s heart is filled with sorrow—and pride when the tale of this gallant Guru is read.[/pullquote]

The following is said to be the conversation between Kripa Ram and Guru Tegh Bahadur:

It is said that Guruji’s son, Gobind Rai was present in this gathering and said the following:

Gobind Rai to his father:”Guru ji, I see the acutely sad faces of the Sangat and you are silent and in deep thought. What is the problem?”

Guruji : Son, this is a sangat from Kashmir. They have been friends of Sikhs since the time of Guru Nanak. They have a very serious problem on their hands.

Gobind Rai : You are the Guru of the entire world (“Jagat Guru”). You must know of a solution .

Guruji:  Son, Emperor Aurangzeb has given them an ultimatum – If they do not become Muslims, he will kill them all. Someone needs to stop this despotism. We have to find a supreme soul who will die so as to awaken the sleeping consciousness of the people of Hind”.

Gobind Rai : Father, there is an easy answer to this problem. You are the most spiritually aware person in whole of Hind. You can make that sacrifice.

Guru Tegh Bahadur was pleased to hear these words as it confirmed that his son had reached a suitable age to become the next Guru, as he declared to the Pandits: Go and tell Aurangzeb that if he can convert Guru Tegh Bahadar to Islam, you will all convert. Otherwise he should leave you alone.

The Pandits duly informed Emperor Aurangzeb of the decision. Aurangzeb was delighted as he believed that by converting the Guru, he would easily convert thousands of Hindus to Islam. In view of that he summoned his officers to bring Guru Tegh Bahadur to his durbar to complete the act.

Acting on the emperor’s orders Guru Tegh Bahadur, along with some of his followers, Bhai Dayal Das, Bhai Mati Das and Bhai Sati Das, was arrested in July 1675 and was kept in custody for over three months. He was then put in an iron cage and taken to Delhi in November 1675 where Aurangzeb asked them to accept Islam or face the death penalty.

Guru Tegh Bahadur declared that he would rather die than give up his faith. An enraged Aurangzeb issued a farman calling for the Guru and his companions to be tortured. The Guru was chained and imprisoned in a cage and was treated in the the most inhuman way for five long days. In order to terrorize the Guru, all his companions were executed in the most morbid manner known to humankind:

i. Bhai Mati Das was lacerated.

But Guru Tegh Bahadur true to his word remained adamant. Finally he was executed on the charge that he was a stumbling block preventing the spread of Islam in Mughal India. The exact location of the beheading is marked by Gurdwara Sis Ganj in Delhi (‘Sis’ in Punjabi means head).

The Guru’s martyrdom roused the besieged Hindus from their inert silence and gave them the resilience to value the power that comes from self-respect and sacrifice. Guru Tegh Bahadur thus earned the affectionate title of “Hind-di-Chadar” or the Shield of India.

Yet in modern India, apart from the Sis Ganj Gurdwara, neither a monument nor any prominent sign has been erected and celebrated to commemorate the supremely selfless sacrifice of this great Guru, and keep his memory alive. Instead, the bizarre Nehruvian nightmare whose vestiges still endure celebrates the evil memory of Guru Tegh Bahadur’s tormentor in the form of Aurangzeb Road in New Delhi.

[pullquote]The Guru’s martyrdom roused the besieged Hindus from their inert silence and gave them the resilience to value the power that comes from self-respect and sacrifice.[/pullquote]

It is unfortunate that there was no Guru Tegh Bahadur to shield the Kashmiri Pandits when the ISI-backed Jihadis successfully expelled them from their native soil, completing the task started by Aurangzeb.

We cannot change history but we can glorify its positive aspects and its heroes. Although it needs to be accepted that Aurangzeb was indeed at one point the ruler of India, it is more important that we remember the brave Guru Tegh Bahadur as the one who symbolized true nationalism and an immensely courageous hero who at great personal cost helped the Kashmiri Pandits and ignited the dormant Hindu warrior spirit and paved the way for a spirited nationalist response against Mughal tyranny.

And that is among the innumerable reasons for the present government to take the necessary steps to change the name of Aurangzeb Road in Delhi to Guru Tegh Bahadur Road. After all the Guru epitomizes the fabled maxim uttered by soldiers of freedom:

When you go home, tell them of us and say

For their tomorrow, we gave our today.