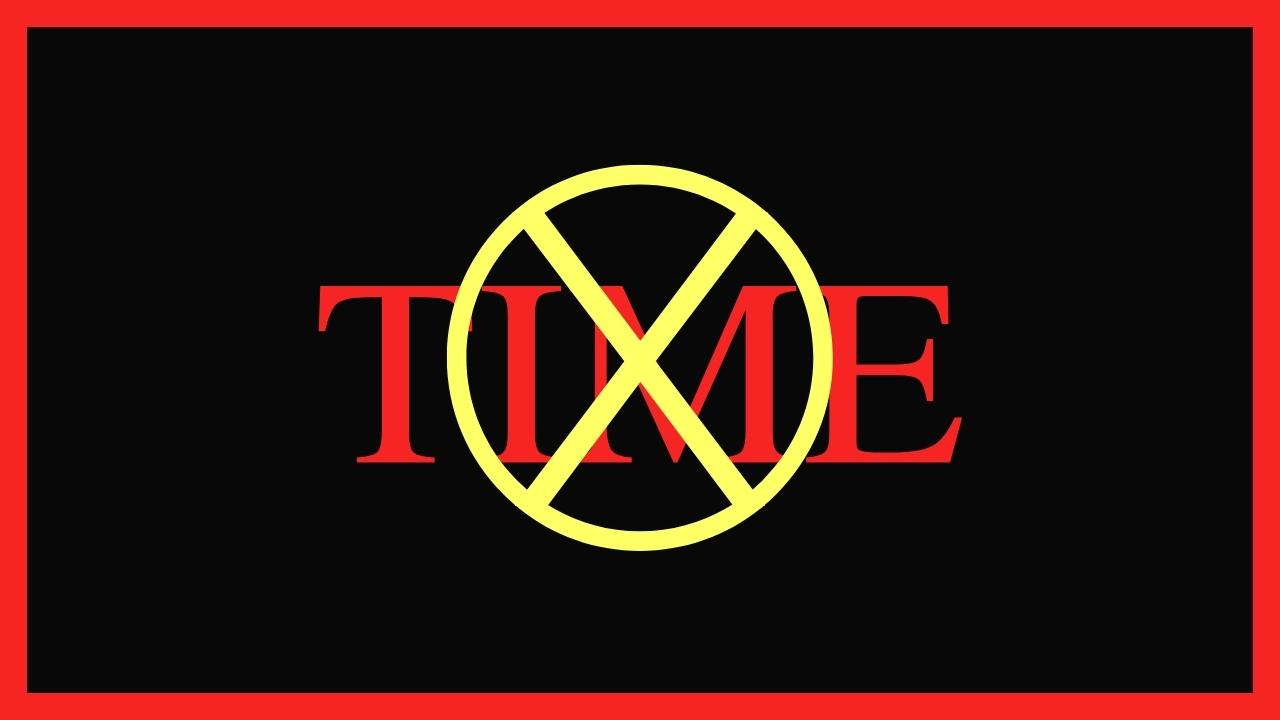 The world saw the horrific picture of a heinous crime being committed – a Hindu tailor, Kanhaiya Lal, being killed in Udaipur in broad daylight on June 28, 2022. Two Islamists — Riyaz Attari and Mohammad Ghaus — committed and recorded the brutal beheading of an innocent Hindu tailor just because the tailor supported Nupur Sharma.

It is baffling (to put it euphemistically) how the once iconic and now barely relevant American magazine TIME downplayed the concerns of Hindus and trivialized the gruesome murder of an ordinary Hindu to peddle their narrative by playing the Muslim “victim card”.  Reporter Sanya Mansoor (Kashmiri she is, she claims, and therein may lie an obvious tale and a clue) wickedly devalues the safety concerns of the Hindu community in the July 1 article, playing the now very fashionable Muslim minority card by projecting Muslims as a “marginalized” population in India, and thus shifting the focal point of the discourse on an Islamist terrorist killing to “chilling calls for revenge by Hindu Nationalist supporters of Prime Minister Narendra Modi” and “brutal attacks on the Muslim community”. No doubt, others of her ilk, who have been manufacturing the “Muslims under genocidal threat in India,” now can say this is what happens when “manufactured threats” lead to “real terrorism” of the Islamist kind which the world for long has come to countenance.

The bigotry of Mansoor and TIME does not end here as throughout the article Mansoor tries to justify the murder of Kanhaiya Lal, who had drawn the wrath of Islamists upon himself by supporting the comments on Prophet Muhammad made by the ex-BJP spokesperson Nupur Sharma. Flippantly dismissing the slogan of “Hindu Lives Matter,” Mansoor sweeps under the rug the dangerous, violent, provocative, and incessantly used slogan of the Islamists — Sar tan se Judaa (We will behead you!). Celebrating their murderous deeds with this Islamist slogan another killing took place days before when a Hindu chemist in Maharashtra’s Amravati town was stabbed to death for alleged “blasphemous” remarks. This murder could have been passed off by the media as just another vengeance killing by vested interests if not for the daylight beheading of Kanhaiya Lal.

Mansoor, pushing her “Hindus are dangerous” and “isolated acts by some Muslims cannot be held against all Muslims” thesis, seeks support from Dhirendra Jha, a political journalist and author of a book titled, “Shadow Armies: Fringe Organizations and Foot Soldiers of Hindutva,” quoting “Just because two members of that community commit this type of crime you cannot paint the entire community with the same brush.” Mansoor uses the same clichéd assertion of Islamist sympathizers who for years now have used it to fool the gullible and offer cover for the terrorists and the Islamists in disguise. These forces, it seems, have now commandeered international media, higher education institutions, and political establishments in Western democracies and in India. Therefore, we have Mansoor quoting Mohan Dutta, a professor at Massey University in New Zealand, who says, “The thing with a message like ‘Hindu Lives Matter’, is that it has to be read within this broader infrastructure of messages that are calling for Muslim genocide”. The “right is wrong, truth is false” world that Marxist ideologues and Hinduphobes like Dutta have manufactured and live in serves the purpose of Hinduphobes like Mansoor and international media establishments like TIME who have used Hindus as cannon-fodder in fighting their wars of realpolitik.

If the “Hindu Lives Matter” slogan is a dog-whistle calling for Muslim genocide, then pray what is “Sar tan se Judaa”? A call for brotherhood by the followers of the “Religion of Peace”? We smell not just hypocrisy here but a dangerous sleight-of-hand by clever propagandists masquerading as journalists, academics, and outraged Muslims who work overtime on their hate, ideology, and religion-driven agendas.

This is corroborated by a recent study done at Rutgers University in the US that found evidence of a sharp rise in hate speech cases against Hindus on social media platforms. According to their analysis of one million tweets, Iranian trolls spread anti-Hindu stereotypes and memes to create division as part of their campaign to accuse the Hindu community of carrying out a genocide of Muslims. This cunning game of blaming the victim to hide their violent intent and actions is a game well-rehearsed and enacted with the help of a variety of other anti-Hindu forces: “This is, unfortunately, nothing new to the bigotry and violence faced by the Hindu population,” said John J Farmer Jr., director of both the Miller Center and the Eagleton Institute of Politics at Rutgers University-New Brunswick, which published the recent study.

The report titled, “Anti-Hindu Disinformation: A Case Study of Hinduphobia on Social Media” details how popular modes of social media interaction such as memes and messages are being shared prolifically in extremist and Islamist web networks on Telegram and elsewhere, and adds that “Hinduphobic code words and memes reached record highs in July, especially regarding religious tensions in India and the recent beheading of a man in Udaipur. Most social media platforms are unaware of the code words in the form of images, messages being used to spread hatred”.

“Our hope is that the report serves as a timely warning before the hate messaging leads to real-world violence,” said Denver Riggleman, former U.S. Congressman and Miller Center Research fellow and visiting scholar.

One more mascot in Mansoor’s parade of anti-Hindu bigotry is Angana Chatterji, a “scholar” at the University of California, Berkley, who notes that “the Rajasthan murder is horrible in its specifics, BUT has to be considered in the larger context of repeated targeting of unarmed, ordinary Muslims by Hindu nationalist violence”. Chatterji, who was fired from the California Institute of Integral Studies and who has now been hired by her fellow Hinduphobic colleagues at the “progressive” University of California, Berkeley, and at the so-called “Center for Human Rights and International Justice” at Stanford University, shamelessly justifies the violence by Islamists saying, “Systemic violence by state institutions and Hindu vigilante groups against Muslims are bound to commence cycles of violence.” This statement should not just horrify Hindus but should force us to demand explanations from UC Berkeley and Stanford University about their own anti-Hindu agendas and in-house Hinduphobes. Chatterji makes no bones in suggesting that aggravated Muslims can also resort to violence, any time, multiple times, as they have done so all over the world and continue to do so with, it seems, the help of these propagandists now ensconced in the fanciest of higher education institutions in the United States and Europe!

It seems freedom of speech and religion is a one-way lane! Recently, a Canadian filmmaker tweeted a poster publicizing her documentary film, KAALI. Mocking and provoking Hindus is easy to do as these propagandists need not fear anyone knocking on their door with a suicide vest tied to their chest or a dagger in hand. On the contrary, they have supporters of free speech, many of them Hindus, who see no wrong in her portrayal of Goddess Kali smoking a cigarette and carrying a Pride flag. Twitter user Pankaj Saxena, co-founder and director of brhat rightly pointed out that while Nupur Sharma is compelled to run for her life for her alleged blasphemy, a filmmaker like Leena Manimekalai can get away insulting Hindu deities with her “cheap publicity” stunt. Ah, we dare not protest, we dare not even express outrage and disgust in private WhatsApp messages, because we Hindus are intolerant, are we not?!

Lest we forget: there was Umesh Kolhe before Kanhaiya Lal, Kishan before Umesh Kolhe, and Kamlesh Tiwari before Kishan! All of them had one thing in common– they were innocent, ordinary Hindu men targeted by Islamists to teach Hindus a lesson and to warn them about “blasphemous remarks” against their creed of “peace”.

Who is to be blamed? The Anti-Hindu and Islamist sympathizer eco-system? The Islamists? The scholars who justify these heinous crimes? Or apathetic Hindus?

Kaveri Madhak is pursuing an MA in Journalism and Communication at The Maharaja Sayajirao University of Baroda.