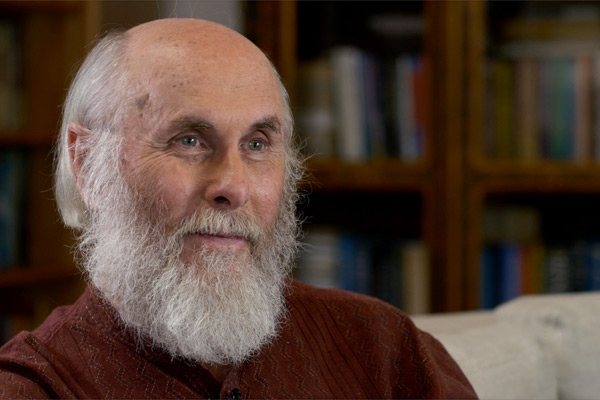 One of the main purposes of history books, as taught in different countries in the world, is to instill a sense of national pride and honor—in short, to inculcate a sense of patriotism and nationalism. Whether it is the United States, Great Britain, Russia, Germany or China, this is certainly the case today and has been so as long as these countries have existed as modern nations. The lives of great leaders, particularly the founders of the country are highlighted, the continuity of the nation’s history is emphasized, and the importance of the nation in the history of world and the greatness of the national culture are stressed. Students are expected to come away from reading accounts of their history with a sense of national greatness and purpose, not only for the past but also for the future.

However, India is a strange and unique country in which history books are often anti-national in nature. India has largely kept intact the British approach to Indian history devised in the colonial era. Students of such textbooks come away apologetic or confused about their country and its traditions. Textbooks in Marxist ruled states of India like West Bengal and Kerala leave their students with a sense of the greatness of Communism and Communist countries like China or even Russia which is no longer Communist, rather than any real regard for India and its great traditions.

An early 19th-century manuscript of Rigveda (padapatha) in Devanagari.

History books in India try to ignore the dominant Hindu ethos of the country and its history before the Islamic period. India’s greatest historical and cultural document, the Mahabharata and Ramayana are hardly given any attention in the schools. So too, the Vedas, Puranas, Buddhist Jatakas and other prime historical and cultural documents of the country are ignored because of their religious overtones. If they do address India as a nation, it is only India of the independence movement that they acknowledge, as if prior to 1947 India did not really exist. While Nehru is made important, older kings from the Rigvedic Bharatas to Yudishthira of the Mahabharata period to the Marathas of the eighteenth century are hardly mentioned. There is no real sense of any historical continuity to the culture, much less to the country. While Mahatma Gandhi is emphasized, the greater spiritual traditions of India and its great teachers from the Vedic rishlS, Vedantic Buddhists and Jain sages to modern savants like Sri Aurobindo and Ramana Maharshi are not given much attention.

It is true that history should not be a mere instrument of a destructive nationalism and should avoid instilling aggression against other lands and peoples, even when upholding what is valuable in a nation’s history. But this does not require that the national value of historical studies is negated altogether.

The question, therefore, is how the history accounts in India made to reflect and instill a genuine nationalism and sense of the country’s history and destiny. India, after all, is one of the great civilizations of the world, with cultural traditions that have much value for humanity. Such historical accounts must reflect the richness and diversity of Indic civilization, but they cannot ignore its unity and continuity either.

The fact is that you cannot build a nation without creating history books that instill a positive nationalism, particularly in the youth. The real danger in India is not the arising of a chauvinistic nationalism like that of Nazi Germany or Fascist Italy—which are foreign to the mentality and ethos of the country—but a lack of national spirit and historical consciousness that keeps people alienated from their roots and the country divided.

India needs a real nationalism and for this a national sense of history, pride and purpose is required. A true Indian nationalism will be rooted in an Indian ethos of dharma, spirituality and pluralism, but this does not mean there can be no national or historical pride without encouraging communalism in the country. On the contrary, a greater sense of national identity would be the best thing to counter the disintegrating influence of religious, castist and regional interests that are bringing the country down.

Therefore we must ask: Why can’t Indians connect India’s traditional ancient literature, the Vedas, with its archaeology through Harappa and the many sarasvati River sites? Why can’t Indians find national pride in their own history both on literary and archaeological levels? Why should history in India be used for national shame, rather than National pride? Why should history of India place Indic civilization out of India? These are questions that must be answered.

Western and Indic Views of History

The subject of history in the Western context is very different than in the Indian context. In the Western view, history is mainly an account of political events and economic progress, a purely outward affair. In the Hindu view, history is a means of teaching detachment, showing how great kings and kingdoms come and go in the course of time. It has an inner value as a spiritual teaching about the nature of human life and the need for liberation from worldly concerns. In the Western view, history is progressive from the crude beginnings of agriculture and village life moving forward to the present day urban culture. In the Hindu view history is cyclical, with various cultures coming and going over time as the soul seeks liberation from the phenomenal world.

The Western progressive account of history is quite flawed. For example, the first civilizations of the ancient world that we can document—including Egypt. Sumeria, India and China—did not regard themselves as the first but were aware of many cultures and kingdoms before them, particularly prior to a great flood. The civilizations that we regard as the first saw themselves as very old with many antecedents! Yet we pretend that there was nothing before them!

In addition, the civilizations of the Third Millennium BCE, like those of Egypt and Harappan/Sarasvati India, had better urban and architectural achievements than those that followed for many centuries. Even Europe had its Dark Ages after the Roman period in which much knowledge was lost. This idea of history as linear progress is clearly not the case. While humanity has progressed scientifically, this is mainly over the past five hundred years.

On the other hand. we see a spiritual decline since ancient times and over the last century we can note a decline in culture, art, music and philosophy in Europe itself, coinciding or even caused by great advances in science.

As India is the only civilization of antiquity to survive the onslaught of time, it is the special responsibility of Indians to discover not only their own history but also that of the entire ancient world. Just as there are unquestioned distortions of ancient India, similar distortions of other ancient cultures also exist. For example, the religion of ancient Egypt, which like that of the Vedas demonstrates much occult and spiritual significance, is similarly dismissed as polytheism, idolatry or henotheism (worshipping different Gods as the supreme God), exactly like the Vedas.

Revamping the way history is taught in Indian schools would be a major step in the direction of a more authentic and spiritually sensitive history of the world. It is a scientific and spiritual imperative, not only for India but for all countries.

[Excerpted from the David Frawley’s book Hinduism and the Clash of Civilization. ]