How Cabinet Ministers and Chief Ministers Violate Their Oath of Office 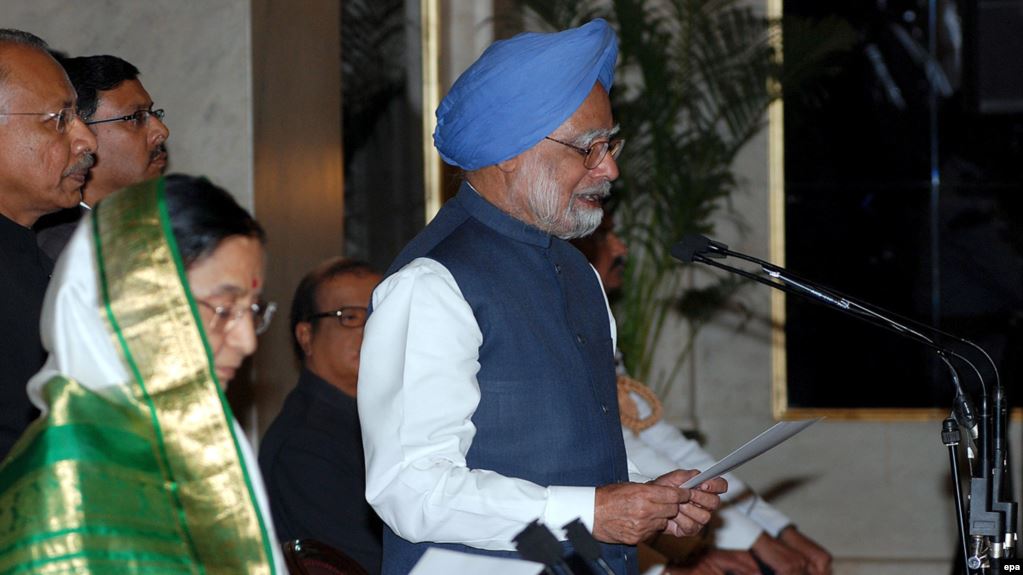 Worldwide in no other democracy the Constitutional Oath of office administered by the President and the Governors of States is violated with such impunity as it is done in India. Time has come to analyse how and why the political leadership of the country has been allowing the Cabinet Ministers and State Chief Ministers to trample upon the Constitution in such a disgraceful manner.

Like every democratic country the Indian Constitution enjoins that the Prime Minister, including every Minister of his cabinet and Ministers of State of the Union, will take an oath of office on appointment to his /her august office. The oath of office is as follows:

I, (name), do swear in the name of God (or, solemnly affirm) that I will bear true faith and allegiance to the Constitution of India as by law established, that I will uphold the sovereignty and integrity of India, that I will faithfully and conscientiously discharge my duties as a Minister for the Union and that I will do right to all manner of people in accordance with the Constitution and the law, without fear or favour, affection or ill-will.

Needless to mention the the oath administered by the President of India is mandatory, sacrosanct and inviolable. But there is no provision in law to penalize the politicians violating the solemn oath of their office.

A similar constitutional oath is administered by the Governor of every State to the Chief Minister and all other Ministers of State governments which binds them to treat every Indian citizen in a just manner, without ‘affection’ or ‘ ill-will’.

Surprisingly neither any political analyst, nor any member of the secular commentariat has shown the daring to highlight how the solemn oath is being brazenly violated by the Cabinet Ministers of central government and Chief Ministers of several States. On top of it, the strategy is used as a minority vote-bank multiplier and deceptively described as ‘inclusive growth’. Many brazen violations of oath of office have been carried out in the holy name of secularism.

In recent times the first notoriously infamous violation of the oath of office was carried out first by the Prime Minister, Dr. Manmohan Singh, on December 9, 2006 (birthday of Sonia Gandhi), when he made a policy statement that minorities, particularly the Muslims, will have the first claim on the country’s resources. It is indeed a tribute to the insensitivity of the mainstream media, including the ‘unpaid and paid’ scribes, that no one dared to question the constitutional validity of the Prime Minister’s disgustingly communal policy statement. Neither any columnist, nor media anchor of the 27/4 television channels faulted the then Prime Minister for his willful violation of the oath of office taken by him on assuming the office of the Prime Minister of India for a second term in 2009.

Equally mystifying was the media’s studied failure to question Dr. Manmohan Singh that why such an overloaded communal policy statement had to be made on the birthday of the UPA Chairperson Sonia Gandhi – despite the Raisina Hill rumour mill claiming in hush and hush tone that it was done on the instructions given by Ahmed Patel to the “Accidental Prime Minister” of India. According to a retired Joint Director of Intelligence Bureau (who died seven years ago) the Raisina Hill rumour was authentic and correct!

The oath of office administered by the Rashtrapati specifically enjoins the Prime Minister of India to discharge his duties towards all Indian nationals, “without fear or favour, affection or ill-will”. But Dr. Singh’spolicy statement clearly showed his boundless ‘affection’ towards the Muslims and “ill-will” towards the Hindus.

The policy statement of December 9, 2006, further implied that in future the Hindus would be entitled merely to the left-over crumbs of national resources – after the Muslims and other minorities had partaken of the lion’s share of India’s resources, to their fill. The pronouncement was also an open public expression of the former P.M.’s “ill-will” towards the majority community.

Such indeed has been the pusillanimity of the Hindu leadership and elitist secularism-doped middle class that no one had the guts to stand up and advise the Prime Minister to withdraw his communally divisive policy statement. No Hindu leader dare point out that Dr. Manmohan Singh was violating the solemn oath of the august office held by him. The marginalization of the majority community by the Indian state, publicly and stoutly announced by Dr. Manmohan Singh, was thus timidly accepted by leaders of the Hindu community. Soon the malaise spread across the country like the Muzaffarpur encephalitis virus. The result was that the central government and many votebank besotted chieftains of State governments like Uttar Pradesh, Bihar, West Bengal went into overdrive of showering millions of free scholarships and financial largesse comprising several thousand crores rupees in the shape of dirt-cheap educational and entrepreneurial loans on the super-citizens belonging to five privileged minorities, namely the Muslims, the Christians, the Buddhists, the Parsis and the Sikhs constituting 20 percent of India’s population.

The only religious community excluded from millions of scholarships and financial concessions amounting to several lakh crore rupees happened to be the majority community, namely crores of the poorest Hindus who are ignorant of the discrimination practiced by the so-called secular political parties – albeit deviously and unconstitutionally.

No one bothered to oppose the fraudulent policy despite the distinct possibility of many poorest Hindus converting to Islam or Christianity to gain access to the lakhs of scholarships showered n the Muslims !

Even after the exit of UPA regime, the questionable strategy of marginalizing the Hindus continues as a prominent policy of the NDA government. The Minister for Minority Affairs, Shri Naqvi, has daringly decided to favour his own co-religionists in flagrant violation of the Prime Minister’s slogan of ‘Sab ka saath, sab ka vishwas’ ! Apparently after winning the election, now the NDA government is no longer bothered about “saath and vishwas” of the Hindus who overwhelmingly voted for Narendra Modi! Interestingly during his tenure as Chief Minister of Gujarat our present day Prime Minister had opposed the implementation of Sachar Report on the ground that it was highly discriminatory,

Similarly like Mukhtar Abbas Naqvi the West Bengal Chief Minister is busy favouring her Muslim votebank by favouring the Imams and madrasas. The Bible-worshipping new Chief Minister of Andhra Pradesh wants to appoint his Christian uncle on the Trupathi Devasthanam Temple Trust ! Not to be left behind in the melee of oath violaters, the Delhi Chief Minister, Arvind Kejriwal, has opted to show special ‘affection’ for women voters by promising them free travel in the Metro and buses.

Where do we go from here ? No one knows – sorry, no Hindu knows !  Mera Bharat Mahan !