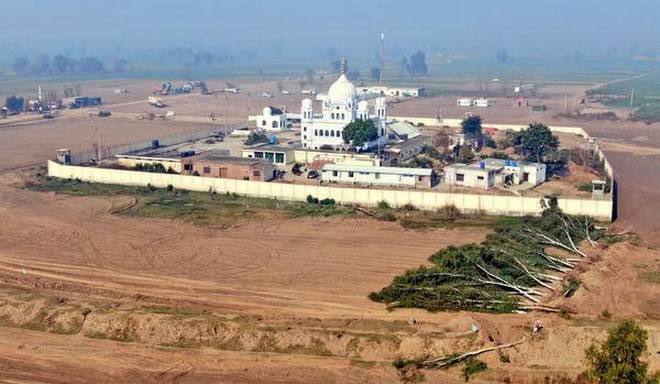 For Pakistan, the opening of the Kartarpur corridor is a strategic win. Reluctantly but consciously, India has succumbed to the pressure by Pakistan to open the border and operationalize a channel to allow Pakistan to receive large numbers of Sikh yatris for religious visits. Despite its reservations, India has acceded to the Pakistani formula for opening the pilgrimage corridor to avoid the risk alienating a section of the Sikh community. By receiving and hosting large numbers of Indian Sikh pilgrims in Kartarpur on an ongoing basis, Pakistan believes it has now obtained an unprecedented opportunity to influence world opinion as well as Indian Sikhs, as the gloating and jubilation in the Pakistani establishment show. All signs indicate that Pakistan will make covert, if not overt, tactical use of the Kartarpur corridor to further its hostile agenda against India, which includes the Khalistan 2020 project. Even Punjab Chief Minister Amarinder Singh, who is himself a devout Sikh, referred to Pakistan’s “nefarious designs” and warned Pakistan to stop interfering in Kashmir and to stop “eyeing” Punjab as he left for Kartarpur with the first batch of Indian pilgrims and the official Indian delegation.

With its Kartarpur move, Pakistan has basically cornered India and made it more vulnerable. This article offers a solution to the predicament India is in and outlines some strategies that can help India turn the tables on Pakistan with relation to Kartarpur.

Planners in Pakistan are wishing for the country to earn billions in tourism dollars on the back of the eliminated Buddhist, Hindu, and Sikh communities by restoring and beautifying the ruins of their holy sites and attracting the followers of these religions from overseas. The country especially plans to attract millions of Sikhs, and then Hindus, to the ancient holy sites belonging to these two religions that were either destroyed or abandoned or confiscated during the ethnic cleansing of Sikhs and Hindus at the time of partition. There are 400 temples that have been identified by the Pakistan government and will be opened up and converted into religious travel circuits. Some of these sites, particularly Nankana Sahib, Guru Nanak’s birth place, and Kartarpur, where Guru Nanak settled down and established his base and his spiritual commune after his udasis – his spiritual travels across the Indian Subcontinent, Central Asia, and the Middle East that lasted for 20 years – have great emotional significance for devout Sikhs and are central to Sikh history and collective memory. Kartarpur, just four kilometers away from the Indian border, is, in a sense, the place where Sikhism began. It is where Guru Nanak’s spiritual movement, which would later culminate as Sikhism, initially took root. It is also his final abode and the place where he left his body in 1539.

Already, Pakistan expects to earn enormous amounts of much needed hard cash – a direct income of USD 36.5 million per year – by opening up Kartarpur for religious tourism. Before the deal was signed, India made it known that it was “disappointed” that Islamabad would charge pilgrims a $20 service fee to cross the border, as has been reported in various media outlets, but went ahead and signed the agreement. While access to the shrine has been a longstanding wish of the Sikh community, the $20 fee per person that will be charged by Pakistan from Sikh pilgrims for a “visa-free” access to Gurdwara Darbar Sahib in Kartarpur is another point of difference between India and Pakistan where India has had to submit to Pakistan’s demands. Pakistan’s Kartarpur project however puts India in a tight spot for a different reason.

While India has always wanted to honor the religious emotions of the Sikhs who, for decades, have longed for khulle darshan (unhindered access) to one of Sikhism’s most important sites (the Kartarpur corridor was in fact first proposed by India), the opening of the corridor in the current climate is fraught with great risks for India. Not only have jihadi terror training camps have been reportedly established near the corridor which India suspects will be used as a channel to push terrorists and drugs into India, but also it should be noted that the Kartarpur campus is already being used as a site to disseminate propaganda designed to foment anti-India separatist feelings among the Sikh pilgrims coming from India. Just a couple of days before the inauguration of the corridor for instance, a promotional video featuring posters of Khalistani separatist leaders was released by Pakistani Prime Minister Imran Khan’s special assistant in charge of information and broadcasting, Firdous Ashiq Awan. The posters in the video depicted Jarnail Singh Bhindrenwale and other Sikh separatists killed in the 1984 Indian Army action to flush out terrorists at the Golden Temple in Amritsar.

The renovation, expansion and beautification of the Kartarpur complex and its positioning as a mega pilgrimage center for Indian Sikhs and as a cash cow for Pakistan are thus all ancillary to Pakistan’s attempts to revive the Khalistan movement by slow brainwashing innocent and simple Sikh pilgrims, as all evidence indicates. Indeed, the greatest risk for India in the whole Kartarpur business is the malefic anti India subliminal messaging and slow brainwashing of not just the innocent and simple Sikhs pilgrims but also of thought leaders and influencers within the Sikh community. News articles in quasi-independent Pakistani newspapers like Dawn and Express Tribune, important mouthpieces used by the Pakistani establishment to commission false anti India propaganda on the Kashmir issue, have highlighted the fawning praise that former cricketer, TV personality, and politician Navjot Singh Sidhu lavished on Imran Khan at the inauguration ceremony. Sidhu’s gushing and servile language (he called Imran Khan a “courageous lion” and compared him to Alexander the Great) reveals the extent to which the Pakistani establishment has succeeded in seducing prominent Sikh public figures via the Kartarpur project. The passage below is taken from an article published in Dawn which quotes how Sidhu thanked Imran Khan in his speech at the ceremony:

“This Sikh community is going to take you farther than you can fathom,” he said, addressing the prime minister. “We will become your mouthpiece.”

Similarly, a scan of media related and social media related chatter, which also includes comments appearing under various YouTube videos that showcase and celebrate the Pakistani establishment’s new found love of Sikhism in general and Kartarpur in particular, reveals systematic attempts underway to project a new and peculiar people to people bonhomie between Pakistani Muslims and their Indian Sikh “brothers” based on “punjabiat” (punjabiness) and “monotheism.” Had the declarations of love from the Pakistani State been truly sincere, they would have be a welcome sentiment coming as they do seventy years after the genocide of Sikhs and Hindus in Pakistan. However, this is not the case as proved by the subtext of the narratives being churned out by the Pakistani propaganda machine and its allies.

How India can turn the tables on Pakistan

Given the Pakistani government’s (and PM Imran Khan’s) bellicosity on Kashmir, its maligning of India in recent months in international fora, its attempts to snatch Indian territory through low attrition border warfare and the killing of Indian soldiers at the border, its foolish but nevertheless insidious attempts to demonize Prime Minister Modi as an intolerant Hindu fanatic, and its sponsorship of terror attacks on India, India must stay vigilant on Kartarpur. Especially, India must focus on preventing the radicalization of Indian Sikh pilgrims visiting Pakistan. If the minds of Indian Sikh pilgrims are radicalized by false propaganda in Pakistan, India will have lost an important battle in one major front in the war that Pakistan is waging.

So what India can do to nullify Pakistan’s campaign against India and to make Pakistan stay honest in its dealings with India and Indian Sikhs on Kartarpur? In my view, the solution is quite simple:

1. Along the corridor, on the Indian side, India can build a great museum of Sikh and Punjabi history that depicts the horrors that the people Punjab, especially the Sikh Gurus and their followers, went through during the a) Islamic invasions, b) the Mughal period, and c) the Partition. Travelers from India going to Kartarpur will thus have the opportunity to learn about / revisit their own history before they enter Pakistan.

2. Similar to the new religious complex in Kartarpur, India can build a grander and more vast cultural theme park and expo center on its own side the border, with access for Pakistani visitors via another parallel corridor. The theme park can depict the culture of the original Punjab as well as the rest of India and offer Pakistani visitors an array of authentic Indian cultural experiences centered on shopping, music, dance, food, fashion, cinema, yoga, meditation, and much more. Pakistanis are crazy about visiting India, and this will allow multitudes of Pakistanis to experience authentic Indian culture on Indian soil and then go back to their country at the end of a visa-free day trip. India can ask for reciprocity from Pakistan: if Pakistan expects India to permit Indians to visit Kartarpur (that too for a $20 fee!) via a Pakistani corridor then Pakistan must allow Pakistanis to visit India via an Indian corridor, with or without a nominal fee.

3. Every Pakistani tourist visiting India under this corridor linked exchange visitor program can be given a gift from India as they leave the country: a copy of the Bhagavad Gita or the Guru Granth Sahib in translation for exposure to India’s dharmic philosophy.

India can successfully counter Pakistan’s gambit with these steps. The measures will help India gain an upper hand.

Kartarpur and Ayodhya – some facts and a footnote

Incidentally, the Kartarpur corridor was inaugurated on the same day that the Supreme Court of India gave its historic verdict on Ayodhya. The Pakistani establishment, true to its colors, has criticized it. However, Babur’s time was also the time of Guru Nanak. In his descriptions of Babur’s advent and his campaign of terror, slaughter, and rape against the peaceful population of a conquered India, Guru Nanak himself refers to Babur as “a messenger of death.” This needs to be pointed out, as Sadhguru has in his video, “Ayodhya Dispute: Comparing the Legacy of Ram and Babur.”

In the context of “monotheism” and other imagined Sikh – Muslim similarities though, it would be worth checking out British Sikh scholar Satpal Singh’s lecture on YouTube, “Sikhi is not Monotheism, it’s Panentheism.”

The final point worth emphasizing in this context is something that Sudheendra Kulkarni reminds us of in his timely article on the special link between Ayodhya and Kartarpur: “Not many people know that the founder of Sikh religion was a great devotee of Lord Ram. The name of God which he reverentially mentions most number of times in Sri Guru Granth Sahib is that of Hari – as Ram, Raja Ram, Raghunath, etc. Over 2000 times!”

These details open up other avenues that India can pursue to counter the propaganda from Pakistan.