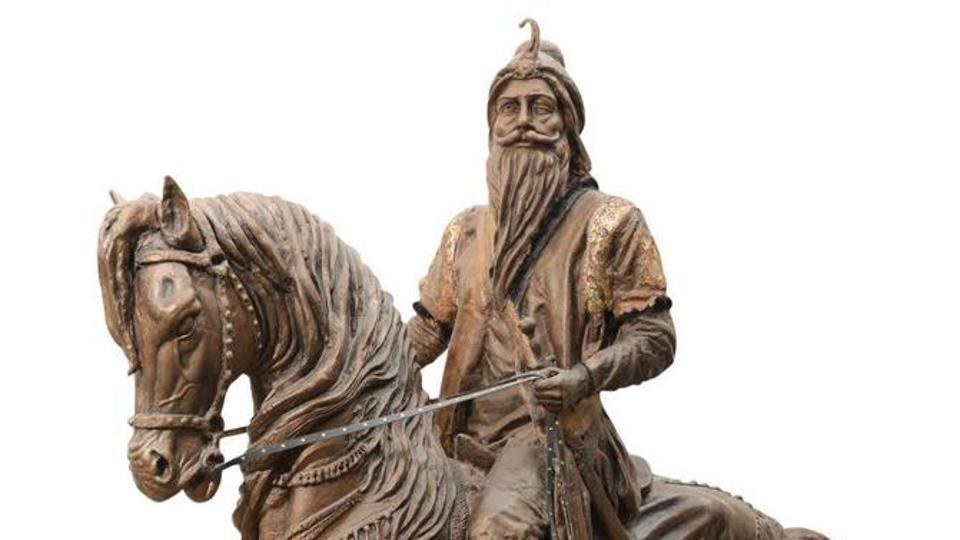 Pakistan is built on a foundation of hate. It is a measure of how hateful the country’s dysfunctional establishment is that for many decades, in textbooks meant for primary schools, the letter Z was represented by the word Zaalim (cruel person in Urdu) and illustrated by the image of a turbaned Sikh. It was only after Unesco and European governments threatened to cut aid to the Pakistani education ministry that Zaalim was replaced with the standard word ‘Zoo’. Clearly, blinded by hate, the Pakistani political and military leadership is prepared to poison the minds of innocent children.

Of late, the Pakistanis have been trying to win over some disgruntled Sikhs by appearing to be accommodative of Punjabi interests. Islamabad’s motive is to restart the Khalistani terrorist movement in Punjab by pandering to Sikh separatists. For instance, earlier this year it offered to open a border crossing for Sikh pilgrims to travel to Kartarpur, the final resting place of Guru Nanak, the founder of the Sikh religion.

Now comes the latest stunt – the unveiling in Lahore of a life-size sculpture of Maharaja Ranjit Singh on the eve of the 180th death anniversary of the Sikh ruler. According to Faqir Saifuddin, director of the Faqir Kahana Museum, which commissioned the statue with funding by a UK-based Sikh organisation, “This sculpture is a tribute and homage to the son of the soil. Ranjit Singh never ordered capital punishment in his 39 year-rule in Punjab. He never issued a coin on his name. There were no communal riots and no forced conversions in his era.” (1)

The problem with the Pakistanis is that after 70 years of indoctrination, they have developed a warped sense of history. Over these past decades, the Pakistani establishment has almost totally wiped out the Hindu past of the region while also treating the relatively recent Sikh history as a forgettable experience in the larger backdrop of the march of Islam. They are simply ignorant about Sikhs in general and Ranjit Singh in particular. The Maharaja was a large hearted and noble ruler, but he was by no definition secular.

In 1843 while passing through Punjab, the English traveller G.T. Vigne recorded an incident that illustrates how the Sikh soldiers of Ranjit Singh dealt with law breaking Muslims:

“The cow is venerated by the Sikhs, even more than by the Hindus. The former were besieging a fort on the Indus, and heard that the Patan garrison had killed a cow; when they took it, they put everyone to death.” (2) For killing just one cow, the Sikhs killed an entire garrison of Muslims.

A similar punishment was handed out in Peshawar. “An unfortunate Mussulman, at Peshawur, was found guilty of eating roast beef; the Sikhs kindled a large fire, placed their victim within the circle they formed around it, prevented his escape by thrusting pointed sticks at him, and so burnt him alive.” (2)

Ranjit Singh had made his view clear about cow protection on earlier occasions as well. In 1831 when Shah Shuja Durrani, the Afghan governor of Herat and Peshawar, sought Sikh assistance in becoming the king of all of Afghanistan, Ranjit Singh “suggested that it would be well if the slaughter of kine were prohibited throughout Afghanistan, and if the gates of Somnath were restored to their original temple”. (3)

Ranjit Singh’s reference to the gates of Somnath temple, which was razed by the Turko-Afghan ruler Mahmud Ghazni in 1024, shows that even after 800 years had passed, the memory of that traumatic event was still fresh among Indics. Like the Marathas before him, Ranjit Singh was also possessed with the desire to avenge that atrocity.

However, Shah Shuja was not prepared for these concessions, and he evaded them, by reminding the Maharaja that “his chosen allies, the English, freely took the lives of cows, and that a prophecy foreboded the downfall of the Sikh empire on the removal of the gates from Ghuznee”.

In 1838 a tripartite treaty was signed between the Sikhs, Afghans and the British in Lahore. Also known as the ‘Treaty of Alliance and Friendship Between Maharaja Runjeet Singh and Shah Shooja-ool-Moolk, with the Approbation of, and in Concert with the British Government’, it has 18 Articles. Here’s what Article 10 says: “Whenever the armies of the two States may happen to be assembled at the same place, on no account shall the slaughter of kine be permitted to take place.”

It is clear that cow protection was as much a part of the Sikh territories as it was in Hindu kingdoms as far south as Travancore where cow slaughter was punishable with death.

For Vigne, or for that matter any foreign visitor to India in the 19th century, Sikhs and Hindus would have been like peas in a pod. At one point the English traveller doesn’t even distinguish between the two: “Between the British dominions in India, and the confines of the Russian dominions, there are three distinct nations, who are enemies to each other by blood, and by religion. The Persians, who are Shiah Mahometans, and very bigoted, are ever ready to quarrel with the Afghans, who are Sunis; and the Sikhs, who are Hindus, can always be let loose upon these last also. (4)

In another instance, he describes Ranjit Singh’s empire as a “Hindu power”. Vigne writes: “The existence of a Hindu power between us and Afghanistan is undoubtedly attended with many advantages; but the consequences of this perpetual friendship with Runjit Sing have been, that although he has kept himself quiet in the plains, his Sirdars and Chiefs in the mountains north of Punjab (who ought, I think, now to be displaced, in favour of the old and rightful Rajahs,) were become so independent of his rule, that they might with justice have been treated totally as a separate power. An Englishman, even a servant of the Company, could not travel in this country without great risk of insult and detention.” (5)

Return of the Koh-i-Noor

The famous Koh-i-Noor diamond was originally known as the Samantik Mani (Prince Among Diamonds). For centuries it had been in the possession of the Kakatiya Empire n Warangal from where it was looted by Allaudin Khiji’s eunuch slave, lover and general, Malik Kafur, in 1310. It remained with the Delhi Sultanate until 1526 when it became the property of the Mughals for the next two centuries. In 1739 Nadir Shah, the ruler of Iran, took the legendary diamond from the Mughal emperor Muhammad Shah via the “Turban Trickery”. It was Nadir Shah who renamed the diamond Koh-i-Noor or Mountain of Light.

Following the decline of Persia – perhaps the Koh-i-Noor brings bad luck – it reached the unlikeliest of places – dirt poor, dysfunctional and barbaric Afghanistan. In 1812 when Shah Shuja Durrani sought Ranjit Singh’s help to escape imprisonment in Kashmir, one of the conditions the Maharaja set was that Shah Shuja had to return the Koh-i-noor to India.

As soon as Ranjit Singh got hold of the diamond he held a grand durbar in honour of this unique event and his capital Lahore was magnificently decorated and illuminated. A court diarist describes the event: “The Maharaja wore the Koh-i-Noor only on State occasions and even then for a short while only. Immediately after it was taken from Shah Shuja, it was used as an armlet….” (6)

The diamond remained with Ranjit Singh till his death in 1839. Shortly before his death, the Maharaja expressed, by signs (as he had lost the ability to speak in his final days), that he wished the Koh-i-Noor to be given to the Krishna temple in Puri. This final wish wasn’t surprising as the Maharaja was a devotee of Lord Krishna and used to listen to the tales of Krishna from Krishnavatar in Dasam Granth. (7) A coin issued by Ranjit Singh in 1828 in the name of Lord Krishna reads “Akal Devaki Nandanji”. Here, Ranjit Singh refers to Krishna as the “Immortal Son of Devaki” in the manner of the Sikh faith which refers to God as Akal or Immortal. (8)

Ranjit Singh’s Court Vakil Sohan Lal gives an account of this episode: “Bhai Gobind Ram requested that the Exalted Sarkar had frequently uttered from the blessed tongue that the past kings had gone, leaving the Koh-i-Noor behind them and none of the Sultans had taken it with him. So his heart’s desire is that after entrusting the affairs of State to Kanwarjee, I would retire to Holy Places and place this diamond on the head of Shri Jagannath Ji.” (9)

But Beli Ram, the head of the treasury, objected to this, stating that it ought to remain with the Maharaja’s descendants and that already 21 lakh rupees, jewels and gold had been given away to the Brahmins. Beli Ram was thrown into prison for this objection but the diamond remained with Ranjit Singh’s descendants, from whom the British stole it in 1849.

Ranjit Singh knew he was dealing with a very cunning enemy. The Afghans were an especially devious and barbaric people; lacking both industry and agriculture, their favourite means of sustenance when the money ran out was to invade and pillage India. At the same time, the Indian Muslims, who also were affected by the Afghan raids, did not see anything wrong in inviting their Muslim co-religionists in Afghanistan to invade India and weaken emerging Hindu kingdoms.

In this backdrop, Ranjit Singh dealt with the Muslims as policy dictated. Often Sikh generals such as Hari Singh Nalwa adopted a scorched earth policy, destroying entire villages and burning their standing crops to terrorise their former oppressors in Afghanistan and the wild tribes such as the Yusafzai in the northwest. (10)

The Sikhs didn’t flinch from extreme measure when required. Ranjit Singh was probably the first Indian ruler to treat the Muslims exactly how the Muslims had treated Hindus and Sikhs throughout the period of Islamic rule in India. In Kashmir, “Sikhs banned the muezzin’s call to prayer, closing many mosques, making cow slaughter punishable by death, nearly destroying the Shah-i-Hamadan mosque”. (11)

No special deference was accorded to Muslim places of worship, which is in sharp contrast to the modern dystopian democracy of India which allows Muslims to squat on public property by erecting illegal mosques. In 1799, when Ranjit Singh took control of Lahore, he used its vast courtyard as a stable for his army’s horses. The 80-odd study rooms surrounding the courtyard were used as quarters for his soldiers and as magazines for military stores. Ranjit Singh himself used the adjacent Hazuri Bagh as his official royal court. (12)

Ranjit Singh was the very antithesis of his Muslim subjects who constituted the majority of his subjects. According to historian Gurdarshan Singh Dhillon, the most notable trait of the Maharaja’s polity was the complete freedom of expression and worship enjoyed by all his subjects. “Though he was born and brought up in the Sikh faith and listened to the recitation from Sikh scriptures every day, he did not proclaim Sikhism as the religion of the state. He also did not make any conscious effort to propagate it. His broad religious outlook was reflected in his according due respect to all religions. The spirit of forbearance displayed by him was in sharp contrast to the inhuman practices of the Mughal rulers, their plunder, and forced conversions.” (13)