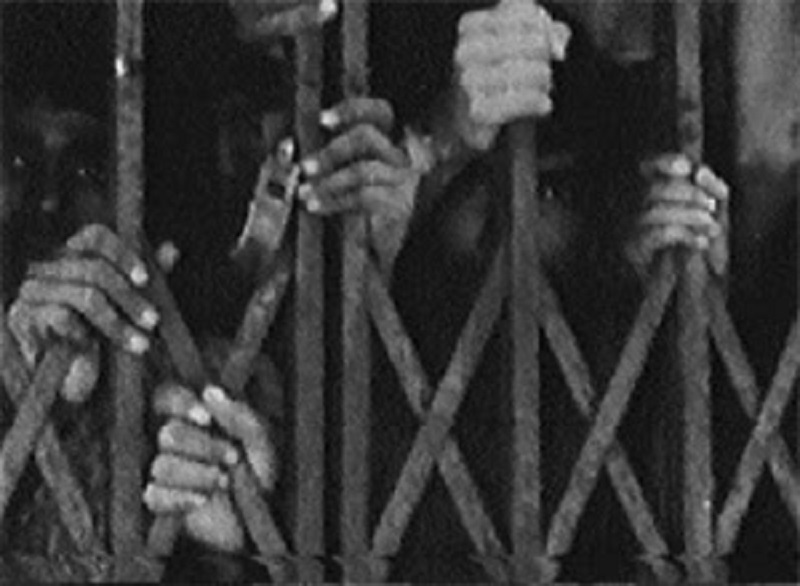 The history of India’s twenty one month Emergency is too well known to need detailed recounting. It began in June 1975, suspending civil liberties and allowed the government to rule by decree. In fact it ushered in a dictatorship by the Prime Minister, Indira Gandhi and bestowed unconstitutional authority on her son, Sanjay Gandhi, which he proceeded to wield outrageously. When elections were called in March 1977, Mrs Indira Gandhi and her Congress party were roundly defeated by the alliance formed to oppose her Emergency, having emerged earlier during the political unrest that had prompted it.

Many crass cruelties and indignities were heaped on her political opponents, who were arbitrarily imprisoned. The lesser known suffered oppressive detention and in some cases physical maltreatment. The Indian Emergency was a watershed in the history of independent India that sought to totally repudiate democratic rule for the first time. It reminded of the many dictatorships of the developing world in Africa, Asia and Latin America. But it was also the beginning of the end of dominance by a single political party at the centre in India that had begun eroding a decade earlier.

India’s voters subsequently rejected Mrs Gandhi’s high-handed seizure of political power, showing a mature appetite for the rule of law and public accountability that their poverty and educational backwardness might not have led one to expect. National politics in India over the next forty years decisively established the dominance of regional parties and caste as a mobilising force. It became more difficult to create a national political consensus on issues and the decade-long coalition after 2004 underlined the dangers of a divided polity. The election of Narendra Modi and the BJP in 2014 broke this fractious mould though the Congress party had also won a decisive mandate in 1984, following the assassination of Mrs Indira Gandhi.

In recent days the old war horse of ostensible nationalist politics, L. K. Advani, has raised the bogey of the danger of relapse into another Emergency. Oddly, he is not entirely wrong, but not exactly for the reasons that might be imagined. The wider international context of the Emergency forty years ago has barely been examined and for the very reason that created the conditions for its declaration, the incursion of foreign powers into India. The involvement of foreign powers was a backdrop to the Indian Emergency owing to the politics of the Cold War and deep seated anger against India and Indira Gandhi provoked by the creation of Bangladesh in 1971.

The immediate and contingent reasons for the Emergency were local and connected to the determination of Mrs Indira Gandhi to hold on to political power, apparently at all cost, but the shameful slogan that ‘India is Indira and Indira is India’ did in fact highlight something ominously pertinent that needs to be recognised. The political upheaval in India before the Emergency was a period of unravelling that threatened the integrity of the Indian polity itself. In retrospect, it is obvious that this threatened political chaos showed symptoms that have since been described as Orange Revolutions in Eastern Europe and the Arab Spring in recent years, used by Western powers and the US in particular to destabilise the seize control of other societies. It is worth bearing in mind that Mrs Indira Gandhi was disqualified for relatively minor reasons and how this could happen is a matter of curiosity.

Richard Nixon and Henry Kissinger had publicly threatened to make Mrs Indira Gandhi pay for daring to invade Bangladesh. Their modus operandi could have been anticipated. They had initiated the overthrow of Iran’s Mohammed Mossadegh in 1953 and the imposition of the Shah of Iran’s brutal pro-western dictatorship. The CIA bribed senior politicians and army officers and launched a massive propaganda campaign that instigated public revolt in Iran. “American and British involvement in Mossadegh’s ouster has long been public knowledge, but today’s posting includes what is believed to be the CIA’s first formal acknowledgement that the agency helped to plan and execute the coup,” the US National Security Archive said.

Similar overthrows of incumbent governments were sponsored by the CIA in Guatemala in 1954 and the Dominican Republic in 1963, helped by a neo fascist Catholic Church that was followed by a US invasion and the 1964 coup in Brazil. But the overthrow of Salvador Allende of Chile in a CIA sponsored coup d’état, overseen by Henry Kissinger himself, offers a clue about their involvement in the political unrest in India that preceded the declaration of the Emergency in 1975. Once again the CIA had paid for protest in Chile and instigated the army to seize power, leading to a horrendous campaign to torture and mass murder, which had long been the signature tune of US involvement in Latin American politics. The policy of intervention continued during the Presidency of Ronald Reagan that led to widespread massive torture and prodigious bloodletting in Central America.

One critical factor in the US decision to overthrow Salvador Allende, the President of Chile, was his victory in a second election that showed he could not be ousted by using elections. And a key element in creating the political and economic chaos that led to a degree of popular disenchantment was the Chilean truckers strike the paralysed the economy. It has strong echoes of the 1974 railway strike that George Fernandes, connected to the Second International, a leftist CIA front, had initiated. He had also sought to bomb government installations. His attempt to approach the CIA for help was revealed by WikiLeaks.

According to the prominent US journalist Seymour Hersh the 1977 Janata Prime Minister, Morarji Desai, “was a paid CIA informer and was considered one of the Agency’s most important assets.” It was Morarji who had vetoed any increased in India’s defence budget in the late 1950s prior to the attack by China for which the Indian armed forces were woefully unprepared. It was Morarji Desai who halted India’s nuclear programme once he became prime minister and allegedly sabotaged Indian intelligence activities investigating Pakistan’s nuclear programme. Few today recall that he was awarded the Nishan-e-Pakistan, its highest civilian honour.

The Emergency resulted in a huge setback to Indian society and politics and illustrated how arbitrary authority is deeply inimical to civil and human rights. The subversion of legality and the Supreme Court and egregious abuse of Constitutional Amendments were one shocking example. The prominence of Sanjay Gandhi and his brutal henchman, with the ascent of the likes of Navin Chawla, a favourite of the suspect evangelist St. Teresa, led to brutal and immature policies that eventually caused the downfall of the Congress. The incomprehensibly stupid sterilisation campaign that undermined India’s birth control policies for decades and the Turkman gate demolitions showed what can happen when democratic checks disappear. The entire Gandhi clan showed its arrogance and idiocy.

Yet democracy returned, albeit under the most suspect circumstances, with antecedent domestic unrest and the resulting suspension of constitutional rule becoming an instrument of foreign incursion. The subsequent assassination of Mrs Indira Gandhi was likely an aspect of the US-Pak intervention in Indian politics that constituted a continuing payback for India’s invasion of Bangladesh in 1971. Their involvement in promoting Khalistani separatism, which continues to this day, did not end with the US training the bombers who downed Air India’s Kanishka 182, which confidential records confirm. The incitement of Khalistani separatists remains a policy of some foreign governments, which their activities in the UK, the US and Canada underline. Domestic fissures and unrest are an opportunity that such countries are always eager to exploit. Of course the USSR did so in the past too, but mainly to keep India out of the Western camp.

India today is much more infiltrated than ever before, partly because western countries were allowed carte blanche between 1998 and 2014. Much of the prominent Indian media and its journalists are foreign assets, controlled from abroad and blatantly conform to dictates from Washington, London, Islamabad and Beijing, etc. As India makes a bid for economic advance and seeks to re-establish greater political autonomy, curbing the activities of western intelligence and political assets, masquerading as NGOs, its foreign adversaries are deeply engaged in subverting the government presiding over the country. In the end, the principal enemy of western machinations is Prime Minister, Narendra Modi, and his removal the most important goal of India’s enemies and their local assets in politics and the media.