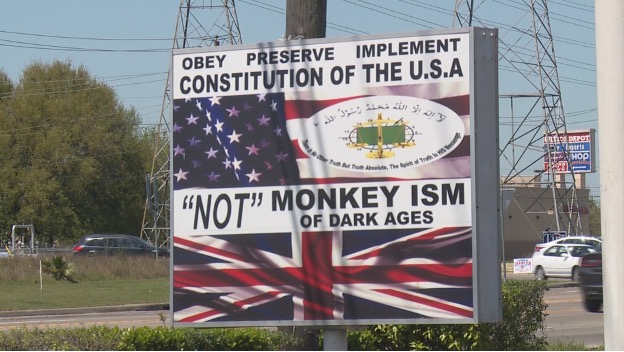 Labeling the Rashtriya Swayamsevak Sangh (RSS) as “fascist,” “Hindu nationalist,” “extremist,” “Hindu supremacist,” “anti-Muslim,” etc., is now par for the supremacist, monopolist, violent, vile, fascist, extremist, and terrorist faith groups, religious and political, that have waged war on India and Hindus for the last few centuries. That these groups now have regathered and made the West home, including the United States of America, and have entrenched themselves in the powerful academic, media, and government establishments in Europe and the US should not come as a surprise. From these new strongholds they carry out their wars of attrition through religious conversion, proselytism, genocidal violence, political destabilization, propaganda, control over media and academic establishments, and by every other conceivable means. They will not let good work be done by Hindus; they will not countenance Hindu success in any field; they are envious of our ability to mind and go about our business; they are jealous of the success of our children; and they cannot fathom how we continue to pray to our Gods, build our temples, live peacefully with our neighbors, treat the lands and places we move to reverentially, and the people who have already lived there and invited us to come live with them respectfully. Yes, we are model citizens, wherever we go. They resent us for our goodness.

So, they wage war. They demonize us. They seek to belittle us. They mock our rituals, our habits, our foods, our reverence for nature and for other living beings, and our ancient literature and sacred texts. They seek to shame us for who we are – free-thinkers, the liberated, the pursuers of moksha and dharma, the faithful who are guided by reason, the spiritual who are not trapped by books or “prophets” making unverifiable claims, and the nimble who are not goaded into violence and harm by crass monopolists.

But still they come at us because violence, supremacist beliefs, monopolist goals are welded into their DNA. They are the “rakshasas” of old, who will do everything they can to disturb the peace and tranquility of the sages who are focused on knowing the mundane and transcending it.

Thus, here, they come at us: the Indian American Muslim Council; the Goebbelsianesquely named “Hindus for Human Rights”; the provocative political activist masquerading as an academic and an India specialist who seems to have time only to mock and goad Hindus; the Qatari-funded Muslim mouthpiece proclaiming to be a news media outlet; and the Indian American Christian organizations who have jumped into bed with their sworn Islamist enemies just so that they can pursue their goal, along with the Islamists, to make India either Christian or Muslim, and fight over the land and the people like they have done in Africa and elsewhere.

They will push our buttons, as they have learned and perfected that trade over millennia. They have learned newer tricks. They also have access to more new money, in the billions, pouring in from the coffers of the “oil-rich” Middle Eastern, Islamist/authoritarian regimes. They will use it to provoke, to initiate conflict, to influence and then take over local institutions, to galvanize, seduce, and mobilize other monopolists into joining hands with them.

So, they have come at us – Hindu individuals, Hindu organizations, Hindu temples, Hindu academics, Hindu politicians, and Hindu volunteers for good causes. Given their wont to demonize us and target us, and knowing full well there is a tipping point toward fear or toward retaliation, the fight or flight response, they have for decades now sought to push us into corners, slowing building up their strength and their alliances to target us — the micro-minority Hindu community in these United States.

The Hindu American Foundation (HAF), tired of the goading and the false allegations, went to court. In these United States we believe in free speech, and so it is difficult to find the courts rule in favor of those who have been besmirched. Grin and bear it, they seem to say, or do to them what they have done unto you, they may be signaling. These days, however, the standards, the precedents, and the law are selectively applied, and the punishment for those who don’t follow the rules of “woke” and “politically correct” speech can be harsh. “Islamophobia,” they will shout from the rooftops and from op-ed pages and in organized protest marches. One can be cancelled, lose one’s job and literally run out of the country for speech deemed “harmful” by those applying the label selectively. Thus, abuse of and the slandering of Hindus is “free speech,” just “opinion,” as the learned judge, a Hindu American, ironically, proclaimed.

Money, time, and energy was spent, and the emotional investment was demanding. But fight, HAF did.

Once the US District Court for the District of Columbia had passed its judgment, it was time for the band of anti-Hindu bigots to go crowing not just anywhere but to the Halls of Congress! “Hindus are against free speech! They sought to shut us up,” they falsely claimed. They wished to make the claim through a Congressional briefing on January 4, 2023. They were ecstatic that the new Congress would be sworn in, and that the media would be swarming on the Hill for all kinds of juicy tidbits happening in the august halls of Congress. They planned, they prepared, and they had the money (we will come to it soon) to woo, mesmerize the new representatives, and buy influence from the old. What better opportunity to corner Hindus and make even the rare few Hindu-American Congressional Representatives cower, they thought.

But, unlike the monotheist monopolists, we have, shall we say, a few more Gods than they have? Ours, given their ability to play cosmic games, perked up the “Freedom Caucus,” and so we spent the week of January 2nd through the 7th figuring out if we were going to have a Speaker of the House, and if it would be Rep. Kevin McCarthy. Rained, our Gods did, on the Islamist-Extremist-anti-Hindu parade!

But representatives of the Indian American Muslim Council (IAMC), the Hindus for Human Rights (HHR), the Federation of Indian American Christians Organizations of North America (FIACONA), as well as Prof. Audrey Truschke were there on the Hill, along with their very well-paid attorneys – Thomas B Sullivan from Ballard Spahr; Joshua Colangelo-Bryan from Dorsey & Whitney LLP; and Daniel Sullivan from Holwell Shuster & Goldberg LLP. Take a look at the profiles of these law firms. They are big and they are expensive. They bought and brought three of them. Three big hammers to swat the HAF. Shall we say, is it any surprise that Arab money has bought a lot of influence, land, industry, and real estate in this country?

So, yes, who paid to hire these three big law firms? How much? Who can trace the moneys and where it came from? Is it not time for the FBI, the CIA, and other national security agencies to investigate who is funding this conflict among American communities which could lead to major violence and threats down the road and a weakening of American democracy as minorities get threatened, defeated, run out of the country? Will it not put paid to the claims that America celebrates diversity? Will it not lead to the targeting and demonizing of individual Hindu Americans and collective Hindu American organizations? Will it not weaken American relations with India, the world’s largest democracy?

We would like to know, for example, who enables and funds the work and expenses incurred by Prof. Audrey Truschke. In a fascinating document titled, “Arab Funding of American Universities: Donors, Recipient and Impact,” Mitchell Bard of the American-Israeli Collective Enterprise lists the donors and the recipients, though acknowledging that not all funding can be tracked down. The report says the following:

There is more in the report of the funding of higher education institutions in the US and their impact/influence. Why do we raise this issue up here on matters of anti-Hindu bigotry led by the American Islamist lobby? Simply because the ratcheting up of the pressure against the BJP-led Indian government, and the attacks on Hindu American organizations and individuals are not some random and unplanned activities. These are campaigns, well-funded, mostly by umbrella Islamist organizations in the US with money, we might speculate, supplied by a combination of Middle Eastern states. That the IAMC is spearheading most of these attacks goes to show that it is their coffers that are full, and they are the ones hiring the cabal of religious, political, and academic activists and paying them well to churn out their daily quota of anti-Hindu blather. We can believe therefore that they are also the money bags who bought the expertise of some of the most expensive and powerful of law firms to respond to the HAF allegations against them.

Whatever they may have paid these expensive law firms, and whatever the amount and variety of halal food they bought to feed Congressional staffers on January 4, 2023 (which we hope and pray went stale and uneaten), it is incumbent upon us to find out who is funding these actors, activists, plotters, and strategists and their daily, unremitting, dangerous anti-Hindu bigotry. It is imperative that the Indian Government demand from the US Government an accounting of the destabilizing efforts by anti-India and anti-Hindu forces.

If it is the daily prayer of the IAMC-led and fed bigots for FBI investigations of the HAF and other Hindu-American organizations, it is time we demand that the FBI investigate how the Islamist forces are using the American playground to foment trouble in the world’s largest and vibrant democracy. India is an American ally in the global fight against terrorism, against Chinese authoritarianism, and against anti-democratic forces across the world. Should the Biden White House and the Blinken State Department keep silent on these matters? When will they notice? Will they notice? Others have already called attention – for example, the Middle East Forum, here; the Anti-Defamation League, here; the Center for Security Policy, here; NTD News, here; the Jerusalem Center for Public Affairs, here. And many, many more.

Anti-Hindu bigotry is being nurtured and spread just like Anti-Semitism in the US. We better beware!