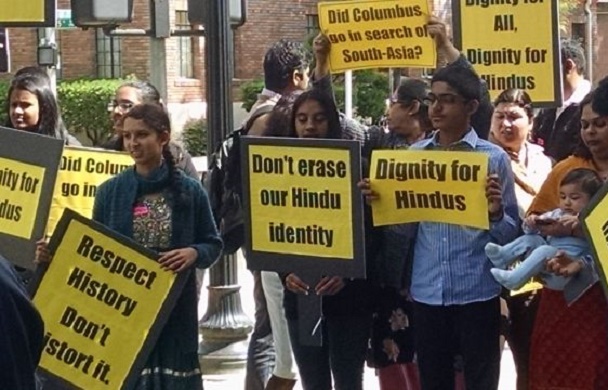 To fully understand the conflict between civilizations, it is necessary to understand how conflict occurs between the two groups. When two or more groups exist in close spatial proximity to each other, a number of situations arise and a conflict over resources is bound to ensue. This raises important questions that we will attempt to answer by applying the construct of game theory.

First, a small detour to understand how transactions between individuals take place. Consider two individuals Aditya and Bahadur. Aditya promises Bahadur that he will monetarily recompense Bahadur for some service at the completion of the service. The following game arises:

If Bahadur does not complete the service, he has two moves – Attack or desist, desisting ends the game. If he attacks, then Aditya must either attack or desist, attacking being the superior.

Now it is trivial to note that without violence or at least the threat of violence both are on the losing side. The take away from this exercise is that the threat of violence enforces all contracts and all transactions. All religious (and counter-religious) groups implicitly understand that without the threat of violence there is no way for humans to coexist in a group. Hindus provide a coherent method of cosmic retribution by means of Karma theory, wherein the past influences the present. Religious beliefs increase social cohesion, since uniformity of culture allows for uniformity of values. If Aditya and Bahadur had agreed implicitly (due to their uniform value system) that there is no need for violence and that payment should be immediately settled, they gain the most and their utilities are maximized. This should be obvious to us, but is not because of western propaganda as to the superiority of a diverse set of value systems, which Harvard scientists admit actually reduce social cohesion.

Without uniform value systems, the only real option would be to play defect reducing the joint utility to both players – i.e. both are worse off. Both playing defect results in the Nash Equilibrium of the game.

Now back to resource conflicts. In a finite physical area, there is a finite set of resources. Groups (and therefore civilizations) have multiple ways of computing their utility function. One variable of the function is the expanse of territory, another is the resource value of the territory, yet another is the military power and finally the demographic extent. These variables have trade-offs and are not truly independent.

Civilizations are locked in conflict for hegemony. The main aim of any group, therefore, is to increase its utility and this can be achieved by achieving total domination over other groups by a variety of ways.

Let us for the time being assume a static demography, i.e. both groups are growing in size at the same rate.  In such a scenario, the only way to increase hegemonic influence is to increase the demographic extent, i.e. create ways to defect from one group to another. How does one create a utility for the defection?

Well, one can instantiate a Democracy [1] with Universal Adult Franchise. Policies are now guided by the “will of the people”. As the size of the defectors increase, the policies that appeal to both groups within the larger original group shift towards the defectors. In fact, minorities wield an excess amount of power by virtue of being the most intolerant. This reasoning is what makes the CIA fund Christian Missionaries in Bharata- by creating a group of defectors, who by virtue of being a minority will wield power in excess of their actual demography, the US government now controls the policies that are acceptable within Bharata’s Overton Window.

To really weaken a Democracy, you could make it a Secular Democracy, which is undoubtedly Christian in nature and inherits from a Christian framework, its rule of law. To use the Christian law to rule a nation of Hindus sounds perverse because of the incompatibility of the two value systems, but the legacy of the British still pervades the minds of our intellectual class.

Another way to attain domination is to spread ideological memes, which weaken societal cohesion. It is a well-established fact that the structure of the family causally inhibits crime. Bachelors are far more likely to commit crime than married men, mostly because of the way women influence their men within the family setting. Lord Indra in the Mahabharata speaks: “The domestic model of life is very superior and sacred and is called the field of cultivation of success…I therefore tell you to bear the very heavy burden of the duties of domesticity …Asceticism is to be obtained by leading a life of domesticity, upon which depends everything. Free from pride, those [observant of the duties of domesticity] attain heaven and live for unending time in the regions of Sakra.”

Yet another way to increase hegemonic influence is by sheer usurping of resource rich territories. This is why China refuses to let go of the South China Sea. The mineral wealth of neighboring areas, the shipping route and the fishing grounds all motivate China to maintain hegemony over the area. China also forces its culture on the usurped land of Tibet by replacing their textbooks, replacing the style of homes and even uses drones to murder Tibetans attempting to leave. China does this with relative impunity, so it should immediately be obvious that the United Nations is a truly harmless entity and is most likely simply a tool to permeate western hegemony.

All of these things are only possible, when there is a threat of violence. When a group is assaulting another in any variety of these ways, it can only to do so, when it maintains military superiority.

One facet of military superiority is the demographic advantage. Now, it is true that demography rates are not equal in India and that Hindu Total Fertility Rate (TFR) is lower than Muslim TFR. Once the demography of a certain region increases beyond a limit, the less populous group loses the region. The same occurs very often in the West and goes by many names – white flight and in a slightly different manner gentrification. This is why Love Jihad is so important in the Indian context because it implies a weakening of demographic integrity. After all, women uphold civilizational values, while men create them. Or as our ancestors said it first – सा स्त्री या अनुविधायिनी। [2]. It follows from this that groups and therefore, civilizations are constantly locked in a Prisoner’s Dilemma. The only smart move is to play defect.

Groups are at odds with each other on a number of different fronts, and the only way to emerge a winner is to be more intolerant to out-groups and to expand those that may be considered the in-group. This is why it is important for Hindus to assert their identity (Hindutva) and for us not to be cowed down by judgments from our secular (Christian) Judiciary or the demands of secular liberal media. It is incumbent on the Hindus to develop Hindu institutions to resist the anti-Hindu laws (temples, RTE) of India and develop into the magnificent civilization it once was.

A version of this article first appeared on the author’s blog.

[1] Moldbug has a very good post which is a good red-pill on democracy. As for Universal Adult Franchise – The first version of democracy was probably Greek and only 18 year old males were allowed to vote. Women’s suffrage in America changed the size of the government and is directly responsible for the nanny state that is the US today.