How Nehru portrayed an idol breaker as an art lover 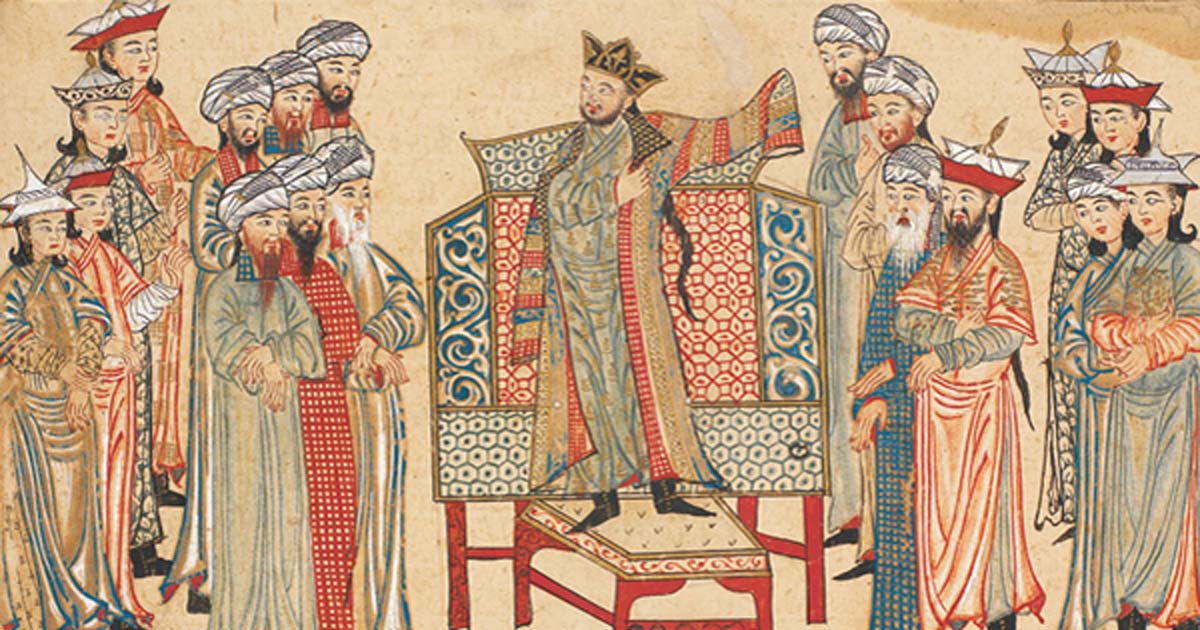 History books written by Nehru matter a lot because these are books which are considered as the standard source for the one who is graduating in history or preparing for the prestigious civil services exams. Thus, distortions in such texts is dangerous as such bureaucrats often have no recourse to alternate ideas. They have to believe what it is written in the ‘standard source’.

Now, instead of discussing the person, it would be more fruitful to discuss the argument itself. It is well established fact that Mahmud of Ghazni was an Islamic invader who invaded India, destroyed temples, looted huge amounts of wealth and converted people en-masse into Islam.

Here is what Nehru writes about Mahmud of Ghazni in letter to her daughter Indira Gandhi:

Of Mathura, Mahmud has given us a glimpse, which shows us what a great city it was. Writing to his Governor at Ghazni, Mahmud says : ” There are here (at Mathura) a thousand edifices as firm as the faith of the faithful; nor is it likely that this city has attained its present condition but at the expense of many millions of dinars, nor could such another be constructed under a period of 200 years.”[i]

It would appear that Ghazni even though an invader admired the beauty of Mathura. He is made to look like an art lover who admired Indian civilization and its heritage. In his book ‘Discovery of India’, Nehru does a similar white-washing. But what he hides is the brutal invasion and religious intolerance of the Ghazni. In the book, ‘Tarjuma-i-Yamini’ by Jabadkani, author describes the invasion of Ghazni on Mathura as follows:

Among the idols there were five made of red gold, each five yards high, fixed in the air without support. In the eyes of one of these idols there were two rubies, of such value, that if anyone were to sell such as are like them, he would obtain fifty thousand dinars. On another, there was a sapphire purer than water, and more sparkling than crystal; the weight was four hundred and fifty miskals. The two feet of another idol weighed four thousand four hundred miskals, and the entire quantity of gold yielded by the bodies of these idols was ninety-eight thousand three hundred miskals. The idols of silver amounted to two hundred, but they could not be weighed without breaking them to pieces and putting them into scales. The Sultan gave orders that all the temples should be burnt with naphtha and fire, and leveled with the ground.[ii]

The Sultan returned, marching in the rear of this immense booty, and slaves were so plentiful that they became very cheap, and men of respectability in their native land were degraded by becoming slaves of common shopkeepers. But this is the goodness of God, who bestows honours on his own religion and degrades infidelity[iii].

What Nehru did is called is known as cherry picking. He highlights out of context what appear to be positive statements of Mahmud of Ghazni but hides Ghazni’s agenda to destroy the city, enslaving people, destroying idols and converting the people into Islam.

Here is another excerpt of another writing of Nehru in which he claims that Mahmud of Ghazni was not religious man, he was just soldier and his conquest should be taken as religious conquest.

As a matter of fact, he was hardly a religious man. He was a Mohammedan, of course, but that was by the way. Above everything he was soldier, and a brilliant soldier. He came to India to conquer and loot, as soldiers unfortunately do and he would have done so to whatever religion he might have belonged.[iv]

Sultan Mahmud was a prejudiced Muslim and his military expeditions originated from his prejudice. What some people say that it was because of gaining the war spoils that he invaded India cannot be correct because he spent them in the construction of mosques and religious schools. His real aim had been Islam propagation[v].

Even B.R. Ambedkar in his book ‘Partition of India’ quoted the Ghazni’s historian Al’Utubi to show how the invasion was religious:

He demolished idol temples and established Islam. He captured. . . .cities, killed the polluted wretches, destroying the idolaters, and gratifying Muslims. He then returned home and promulgated accounts of the victories obtained for Islam. . . .and vowed that every year he would undertake a holy war against Hind[vi].

It is unfortunate that Jawaharlal Nehru declares Mahmud of Ghazni as someone not religious while historical facts indicate otherwise. Ghazni’s own historian talks about his religious zeal.

The reason may be to soften the image of the religious theology which states that it is acceptable to kill idolaters. Perhaps Nehru wanted to impress the followers of that religion. Whatever be the reason, these are serious distortions.

Standard sources of history should be backed by facts, historical references and alternative opinions not by biased narratives and judgments. The matter becomes more serious because bureaucrats or any person of higher portfolio in governance refer to such books.