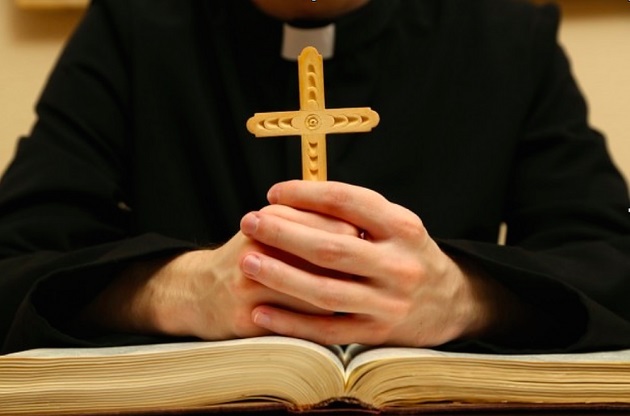 When Asaram Bapu was sentenced to life after allegations against him were proven in court, headlines the next day from some of the self-proclaimed major newspapers were as follows:

Media did their duty. Would the media have done their duty had the violator been from another religion? Would they have dared perform their duties in all such cases? That is the important question we need to ask.

A few days ago, there was an audio clip circulating in social media, in which a husband was heard saying that an injustice has been done to his wife by the Church and complaining that she has been raped by 5 Padres of Kerala’s Malankara Orthodox Church. For the uninitiated, Church has a practice – to go to the confessional chamber or box in a Church and confess to the Padre about wrongdoings or shameful deeds. The Padre thereafter prescribes corrective measures or accepts the confession and pardons the “sinner”. The lady in question did exactly this, and went for a confessional before her marriage. Armed with this information and realizing her weakness, one Padre began sexually exploiting the lady. He also circulated the photographs of the same to 4 other Padres, inciting them into sexually exploiting the victim. Fr. Abraham Varghese, Fr. Job Mathew, Fr. Jijo J Abraham (all Niranam diocese); Fr. Johnson V Mathew (Thumbamon) and Fr. Joyce K George (Delhi) are the Padres named by the victim’s husband.

Despite being such a grave matter, no media reported this. Not only was there no front page coverage, it did not even get featured as a single column item. A couple of media houses did publish it, but in an obscure corner of the paper and moreover portrayed this news in way to make it appear as if Hindus were the perpetrators.

A major publication intentionally ran a headline “Five Kerala priests blackmail, sexually abuse woman” with a background image depicting a woman in a saffron background. While priest is used for Purohit of temple and padres of church, these publications that ran headlines calling Asaram Bapu as Hindu Guru – when it came to reporting acts of these guilty padres, intentionally used a saffron background picture and referred to them as priests instead of Pastor or Padre. With their objective to mislead the gullible public into thinking that the oppressor is a Hindu, using the word priest is not surprising. This is not journalism at all.

Moreover where are those so-called activists and liberals? Will Durga who had earlier drawn pictures of condoms on a Trishul after the Kathua incident now draw a picture of one on the Cross? Have the comrades used up all their condom supply? Or does she pull out condoms only when Hindus are alleged perpetrators?

Does anyone deserve such an abominable life? Is it wrong to assume that women members of such faiths are to live in servitude? They are not even allowed to speak out against atrocities and rapes.

When Hindus allegedly commit any crime, even Supreme Court is expected to be on top of that. But when it happens in the church, it becomes a religious issue and internal matter of the church.

Hard to imagine! When 5 lewd men wearing the gown of Padre commit rape, not even a FIR has been registered in democratic India. It may not even get registered in future too. The husband complained to the church and a padre replied: “It is not serious enough to be taken to court. Our church will conduct an internal enquiry, and punish the guilty”

Which brings us to an important question. Had this been his own mother or sister, would he accept an internal impartial enquiry by the church? Why does the Church even bother to undertake an internal impartial inquiry? Will paragon of forgiveness Jesus seek accountability from them? It is now simply the world of padres of the church against that of the rape-survivor.

In another case, on 23rd April 2018, a 38 year old Padre of a Church in Vallampadu of Andhra Pradesh raped a 11 year old girl repeatedly over a period of time. It is only when her health deteriorated that the parents realized the truth. How many media houses published this? When Kathua incident that happened in January are all over the front pages in April, why did media ignore this news that happened in April?

Like those street side goondas who pounce to pick coconut pieces when broken in front of temples, these so-called journalists, liberals, and progressives scamper towards the story when the culprit is allegedly Hindu and blow the issue out of proportions. Not much to differentiate between those road-side criminals and these so called Intellectuals – they pick up coins and these people swallow notes.

It is not just in India that we hear of sexcapades of Padres, Missionaries or Bishops. In whichever country this class of people exist, numerous such incidents get registered. In 2016 Brazilian Sobrino Valdeci Picanto persuaded his followers to perform oral sex, convincing them that his penis had the holy milk. Is it not legitimate to ask whether it was this same holy milk which these activists, journalists or intellects consumed and remained strangely silent?

If we recount all such incidents that Padres have indulged across the world, Jesus may very well renounce religion. The countries where women and children have been exploited by Bishops are Argentina, Australia, Austria, Belgium, Brazil, Canada, Chile, Germany, Honduras, Ireland, Kenya, Italy, Netherland, Nigeria, Norway, Philippines, Scotland and more – about 30 countries in all have registered cases against Bishops. Many have been proven to be true. And these are just sexual exploitation cases. If you add to it corruption, murder, and hate speech – it is a huge number.

You may provide thousands of such instances but no one blames Christianity. But one Asaram Bapu is enough for them to brand all Hindus as villains.

Don’t they demand Hindus to disrobe questioning why they wear saffron robes and indulge in such unholy acts? Don’t they have the nerve to ask Padres if they are hiding their lust beneath their gowns? Or is a Padres’ gown a license to rape?

Will concealing lust beneath the gown lead you to Jesus? Will he redeem you? Then it is simply an insult to Jesus who showed the right way.