Ilayaraja and Those Who Say Ours is the Only God 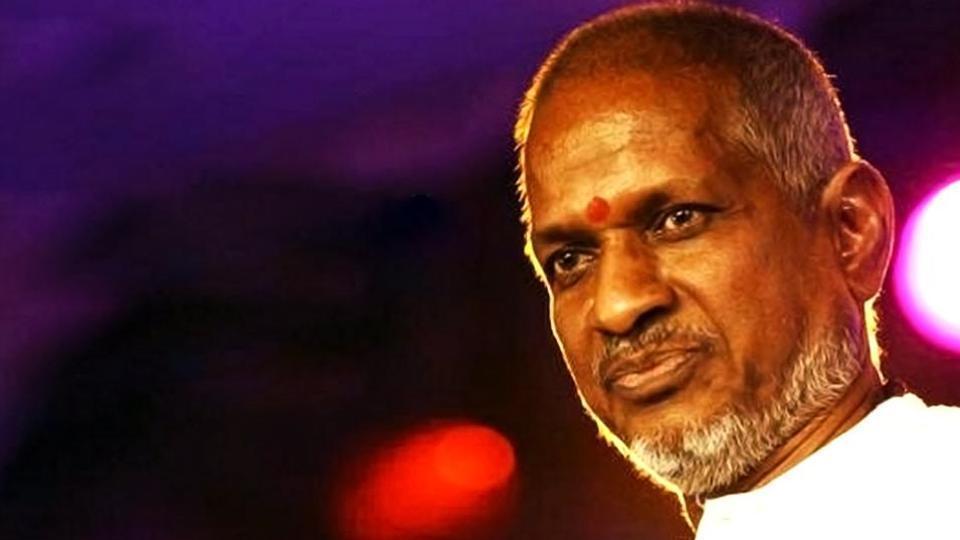 Consider the two examples given below.
1. During an interaction in Google headquarters, music maestro Ilayaraja said he was not sure whether Jesus was ever born or not, but that he was sure that Ramana Maharshi re-emerged after experiencing death in his 16th year

By all yardsticks there is nothing illegal about his statements. He did not deny the birth of Jesus. Nor did he ever say that there was anything wrong with Christianity. He never spoke anything against any other religion. Yet some Christian groups took umbrage to this and have approached 8 ACMM court to file a case.

2. Waris Pathan is a member of AIMM, founded by Owaissi who is infamous for his incessant anti-Hindu tirades. Pathan vested a Ganapati Mandali in Byculla in Mumbai and said: “Let Ganapati bless you all and remove all obstacles”. He also chanted Ganapati Bappa Morya with them.

Wondering what happened after that?

In a video released by him next day, Waris Pathan states: “I am ashamed for chanting Ganapati Bappa Morya. I shouldn’t have done that. Mohammed is the only Prophet, there is no God beyond him. Allah will pardon me for whatever I have spoken. Because He is of ever forgiving nature.”

This video went viral on the social websites and in the mainstream media. He seemed to have made this statement, out of fear of backlash & boycott by the Muslim community

Coming back to Ilayaraja. He was basically born into a Christian family and named Daniel Rasappa. He switched to Hindu way of life enamored by its thoughts and customs. By pouncing on an ex-Christian’s statement, we are left to wonder if these Christian groups are truly followers of Jesus who is known as an epitome of compassion.

One could make a similar statement to Ilayaraja: “I am not aware if aliens existed or not, but I have seen elephants.” Is there anything wrong with such a statement? What is there to complain about?

When we discuss missionaries, we are reminded of the statements of famous Charles Dickens. “Missionaries are perfect nuisance who leave the place in worse conditions than they found it in.” In other words, they are destructive beyond imagination.

The atrocities committed by Christian Missionaries against Hindus during the Goa Inquisition is unimaginable shocking and in fact far worse than the atrocities committed by Muslims. Rulers used to throw people into jails, if they did not convert as per orders of the Christian missionaries. If they died, they were buried in the jail itself. Detailed accounts of atrocities committed by the Christian missionaries and rulers against Hindus and Muslims are recorded by Dr Alfredo De Mello in “Memoirs of Goa.” If at all anyone has to get provoked it is us Hindus for the violent an cruel acts of Christian missionaries, not them. We should be suing them, not the other way round. But the Hindu community has always been hesitant to get into such imbroglios and this allows the Christian Missionaries to get away with making provocative and degrading statements against our Gods. Hindus are worried only if they don’t get the salaries on their pay day.

It is shocking, the ways and number of instances when the Christian missionaries hurt national and religious sentiments.

Cut to a few years back when CNN-IBN telecast a news from a remote village in Bihar. A poor Hindu man was lynched to death for refusing to convert to Christianity. It is not a hearsay or rumor but directly mentioned during victim’s wife Anjoria Devi’s interview to CNN-IBN. Over and above that, she was also threatened that she would be begging on the streets without job if she didn’t convert. She was assured of a job, a home and money, if she agreed to convert to Christianity. After the villagers lodged a complaint, two missionaries were arrested. During the preliminary inquiry they even confessed to troubling people to convert to Christianity.

If Hindus speak about Christians they are branded communal. But let us take some real examples of what Christians have spoken.

71 year Old Christian Historian Dr TR D’Souza says, “1540 onwards, all the Hindu idols disappeared because all the temples were destroyed and their sites and building materials were fully utilized to erect new Christian Churches and chapels. Various viceregal and Church council decrees banished the Hindu priests from the Portuguese territories; the public practices of Hindu rites including marriage rites, were banned; the State took upon itself the task of bringing up Hindu orphan children; the Hindus were denied many types of employment, while the Christians were preferred; it was ensured that the Hindus would not harass those who became Christians, and on the contrary, the Hindus were obliged to assemble periodically in Churches to listen to preaching or to the refutation of their religion.”

Had this been exposed by, say Yogi Adityanath, cases would have been filed against him. There is absolute silence since another Christian exposed the monstrous face of Christians.

Even the 3rd President of United States of America, Thomas Jefferson says, “Millions of innocent men, women and children, since the introduction of Christianity, have been burnt, tortured, find, imprisoned: yet we have not advanced one inch towards humanity. What has been the effect of coercion? To make one half of the world fools, and the other half hypocrites. To support error and roguery all over the earth”

Probably, it would do a world of good for those Christian Missionaries who are outraging against Ilayaraja to digest what President Jefferson said and then think about going to courts.

Another instance was when a Wahhabi preacher proclaimed that it is serious crime when some Muslims along with some other were cleaning up areas outside temple, after the disaster in Kerala. One fact is obvious! These two religions will never tolerate Hindus is a truth that would remain even thousands of years.

A religious preacher who could not tolerate cleaning of a temple premise, in the wake of the debate on Triple Talaq said: “Koran is more important than Indian Constitution. We will not remain mute spectators if someone comes in the way of Koran.”

Are Hindus the only one responsible for secularism in this country when a Maulvi gets away making such openly communal statements? Where are those who brand Hindus communal at the drop of their hat now? Do they have the spine to call these Maulvis communal? You will never find one, because being intolerant towards Hindu dharma is new type of secularism. Definitely even Satan would not speak about it.

We have witnessed how Waris Pathan abused Hindus openly in various debates. We have no doubts about his intentions. Even for such an open Hindu hater, lurking in some corner was a good opinion about Hindu God is evident by his public appearance and address in a Ganapati Pandal. Chanting Ganapati Bappa Morya was also could be a sincere attempt to appear secular. Imagine his compulsions & abuses he had to endure, if he has to come back within a day and say that he is ashamed of going to the Pandal and chanting Ganapati Bappa Morya. Waris Pathan belongs to AIMM whose leader Akbaruddin Owaissi once infamously said “Stop the Police for 15 minutes and Muslims would show their real strength” It is anyone’s guess what would have the treatment Waris Pathan must have received in such a party.

Article 19 guarantees freedom of expression. This means that we have the liberty to speak what we feel like. But the Constitution also mentions subsequently what cannot be expressed too. Even in this list there is no mention that one cannot say “I don’t know about Jesus resurrection” or you cannot say “Ganapati Bappa Morya”. Yet the fact that someone has to fear it indicates who is really tolerant and who is not.

Contrast Hindu Dharma that propounded Advaita philosophy that gave lines like Vasudhaiva Kutumbakam (Whole World Is One Family), Aham Brahmasmi (I am Infinite Reality) with the religions that say Our God is the only God and all the others are Untruth. There lies the difference.