In honor of Tamil 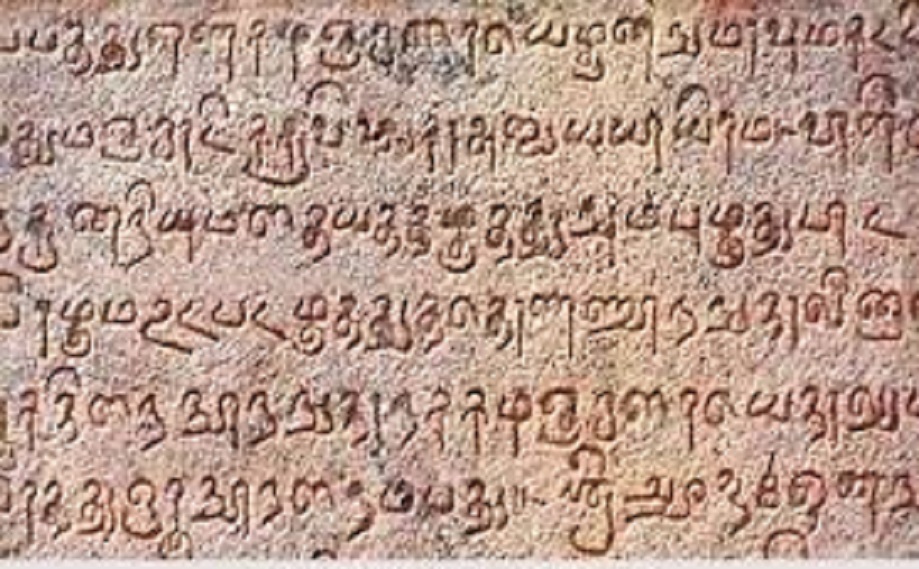 Eleven years ago this day, the status of ‘classical language’ was granted to Tamil. Although it was a momentous occasion, Tamil does not necessarily need that tag to be cherished as a part of the great national heritage. But unfortunately for long the politics of so-called ‘secular pluralism’ have done more to delink Tamil from our national heritage; from the colonial policy of ‘divide and rule’ to the acidic Dravidian movement post-independence, we are always exposed to this North-South divide due to the now discredited yet popular concept of Aryan Invasion Theory (AIT). But this barrier has started to come down in recent years.

But the most notable incident to bridge the North-South divide came in the November of last year when BJP MP Tarun Vijay claimed that “India will be incomplete without Tamil.” Well not just Tamil, India would be incomplete without all its indigenous languages. The petty politics practiced in this country have insulated a great portion of our countrymen from the priceless gems crafted in Tamil. So today in honour of Tamil we shall briefly highlight two such gems:

i. Thirukkural – One of the most important works in the Tamil language, scholars date its compilation d to sometime between the 3rd century BCE and the 1st century BCE.  The word ‘Kural’ here is meant to be a short verse of only two lines. Ten such verses make up a single chapter of Tirukkural. Now ‘Tiru’ can mean sacred, as well as beautiful. Each of the chapters is headed by one major concept such as ‘Friendship’, ‘Wisdom’, ‘Justice’, and so on. The ten verses under each concept expand on each it fully.The work is divided into three sections:

If one goes through this masterpiece, they would find it to be reflective of the holistic view on lifestyle taken by the ancient Indians, a trait seen also in other ancient works like the Arthashastra.  Abounding with splendid verses it is fitting to reproduce the chapter titled The Excellence of Rain with regards to the pending monsoon season:

11. The world its course maintains through life that rain unfailing gives;Thus rain is known the true ambrosial food of all that lives.

13. If clouds, that promised rain, deceive, and in the sky remain;Famine, sore torment, stalks over earth’s vast ocean-girdled plain.

14. If clouds their wealth of waters fail on earth to pour;The ploughers plough with oxen’s sturdy team no more.

15.’Tis rain works all: it ruin spreads, then timely aid supplies; As, in the happy days before, it bids the ruined rise.

16. If from the clouds no drops of rain are shed;’Tis rare to see green herb lift up its head.

17.If clouds restrain their gifts and grant no rain;The treasures fail in ocean’s wide domain.

18. If heaven grow dry, with feast and offering never more;Will men on earth the heavenly ones adore.

19. If heaven its watery treasures ceases to dispense;Through the wide world cease gifts, and deeds of ‘penitence’.

20. When water fails, functions of nature cease, you say;Thus when rain fails, no men can walk in ‘duty’s ordered way’.

The author Tiruvalluvar was one of the greatest social philosophers of the ancient world who was interested not only in the behaviour of an individual, but also in the congruent development of society. The great scholar and statesman, C.Rajagopalachari once said: “Tiruvalluvar was one of those rare and great men whose catholic spirit rose above all kinds of castes and creeds, and whose vision was not clouded by dogma or prejudice of any kind”.

ii. Silappatikaram- Also spelled as Cilappatikaram (is translated as the Lay of the Anklet), is one of the ‘Five Great Epics of Tamil literature’ ; other epics include Manimekalai, Civaka Cintamani, Valayapathi and Kundalakesi. The Jain monk Ilanko Adigal, who was a poet prince, was said to have composed the epic. He was considered as the brother of the Chera King Senguttuvan. Silappatikaram is narrative in nature and contains three chapters and 5270 lines of poetry. Silappatikaram has many references to historical events and personalities, although it has not been accepted as a reliable source of history by many historians due to its folk contents. In the prologue to the book, Ilango Adigal gives the plot in the following rhyme:

In the city of Puhar in Chola kingdom the marriage Kannagi and Kovalan is arranged by their parents. Kannagi serves her husband diligently but the latter deserts her, going off to live with a dancer by the name of Madhavi. On realizing his mistake Kovalan returns to Kannagi but soon realizes that all his fortunes have been spent on Madhavi. Not only does Kannagi forgive her husband for spending all their money on a courtesan, she provides her precious ‘silambu’ or anklets to Kovalan so that he can trade it for money.

The couple comes to Madurai to refurbish their fortunes by engaging in trade. Kovalan attempts to sell Kannagi’s anklets to the king’s goldsmith, who coincidentally had stolen the queen’s anklet and decided to frame Kovalan for the theft. Kovalan is condemned by the king without inquiry and put to death. An enraged Kannagi storms into the court of the king and upon the floor breaks the left over anklet to show that the anklets belonging to her were made of pearls, not gems, thus demonstrating before the king and others that Kovalan was innocent. In anger she cursed the king that his city will perish, a curse which caused the city to burn to ashes.

Silappatikaram is also significant in Tamil theatre history because of what it tells us about dance and music of that timeline. In the epic the courtesan Madhavi is said to be well trained in Varikkuttu, a form of dance that contains cloaked acts, where one does different roles. In the describing her character, the composer speaks in detail about various forms of dance and music prevalent at the time.  This puts Silappatikaram in the leagues of Natyasastra.

Also nowhere is Madhavi shown in negative light because of her lifestyle. In its place she is presented as a talented performer with magnificent beauty; instead what Kovalan does is conceived of as immoral within the framework of the story.  This is reflective of the flexible and nuanced society which existed in ancient India.

The aforementioned masterpieces are among countless other gems that are the creations of the Tamil language. We hope more of our countrymen are made aware of these priceless gems.