In the Name of Defending Islam- I: Understanding the Muslim Psyche 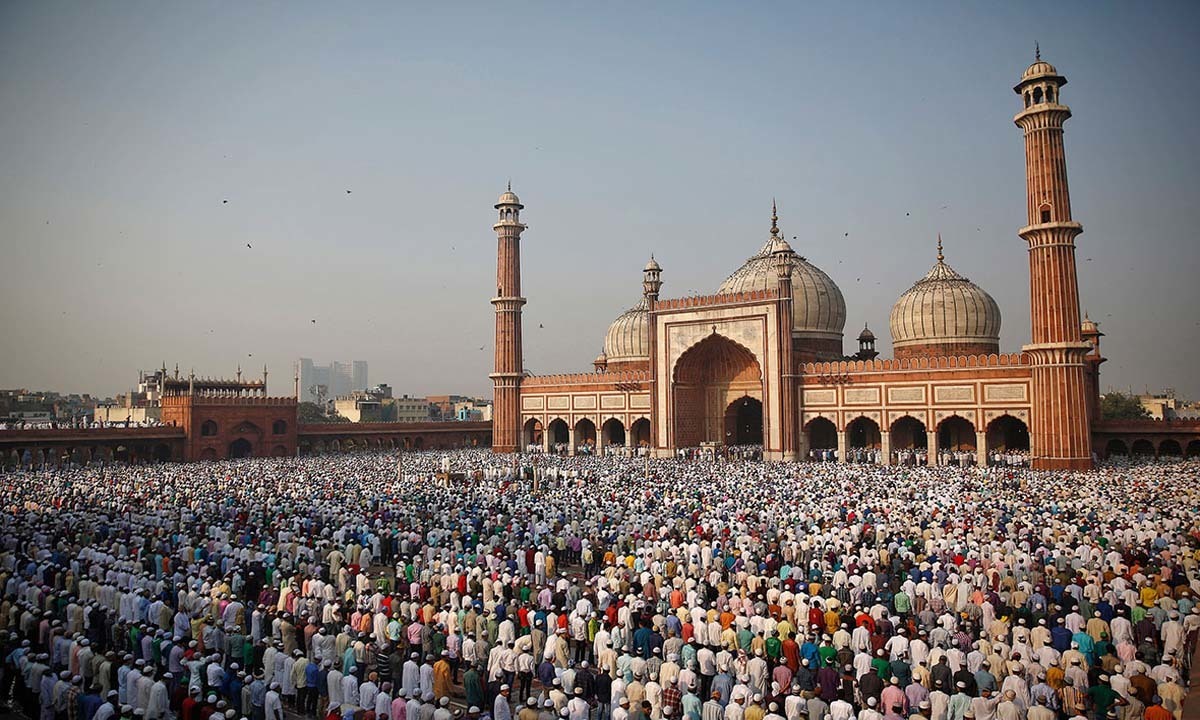 Delhi Riots 2020 broke many myths that even the most politically conscious Hindus had come to harbor in the past six years. First, the Hindu realized with shock something which he had always secretly suspected: that his life was still in danger; that the Hindu society was still held at ransom by radical Islam. The change of guard at the Centre in 2014 has done precious little for the safety of Hindus. And it is not entirely the fault of the government either.

It is true that it is the government’s responsibility to act swiftly and protect its citizens from any such riot. But there is more to it than that. The kind of war that radical Islam fights is beyond even the powers of a State. It is Jihad. And Jihad is fought at all levels of existence. State is just one level. Jihad is far from just a problem of law and order.

Jihad is all pervading and does not leave any aspect of a devout Muslim life untouched. It is ideologically inspired and sustained at a socio-religious level. Fighting Jihad with only the machinery of the State is like trying to kill Coronavirus with an atom bomb.

A radical Muslim has been prepared to fight his enemies ever since he became conscious. And there is a very clear concept of who the enemy is. The enemy is the Kaffir, and Kaffir is anyone who is not sufficiently Islamic. In case of India, with the Hindus being in majority, the Kaffir is always almost exclusively Hindu.

With a clear concept of the enemy, and ideological indoctrination since early childhood, the cauldron of communal hate is always kept boiling for a radical Muslim. All that remains for this hatred to erupt into a riot is tactical organization and a pretext. The ideology of hate on which a radical Muslim is brought up is supplemented with ready context and contemporized through the Muslim community called Ummah, with the mosque performing the role of a pivotal organization. The compulsory Friday Namaz at the mosque is a crucial institution, providing tactical organization of radical Muslims and giving them immediate and concrete goals. This completes the recipe for a communal riot. To repeat the three steps:

A fourth element is readily provided by the Dhimmi Hindu. In a democratic country with a non-Muslim majority, a section of the Kaffirs starts pandering to Muslim appeasement through media, academia and politics. These Dhimmi Hindus are all too ready to give the role of a victim to the Muslim ‘minority’. This is not a place to go into the ‘whys’ of this act of hara-kiri on the Kaffir’s part. But it pays economically and politically to pander to a militant minority with centralized control on the vote bank.

This Muslim appeasement helps create the identity of a ‘persecuted Muslim’, and the radical Muslim has always been ready to play victim. The politics of victimization comes in handy in waging Jihad. By playing victim, the radical Muslim justifies the violence done against the Kaffir as the necessary act of self-defense. This psychology will be explored further in the article.

But before we do that, it is important to assert that the Muslim also genuinely believes that he is a victim. This is because of his religious ideology. Dr. Harsh Narain, in his brilliant work Jizyah and the Rise of Islam, sums up this mentality.

“The Muslim psyche is of a peculiar making, vis-à-vis its attitude towards non-Muslims. According to the Prophet, every child is born in Islam, but its parents make it a non-Muslim. The Qur’an declares the Muslims to be the best community and raised up to guide and govern humanity as vice-regents of God on earth, and Islam to be the chosen religion destined to triumph over all other religions. The Qur’an also says that ‘the earth belongs to Allah. He causes it to be inherited by whom of His Servants He will’. On the basis of it all, the Prophet rules that all land belongs to God or himself, the natural corollary being that all land belongs, through God and the Prophet, to the Muslims.” (Narain 3)

Believing that all lands belong to the Muslims and everyone is born a Muslim, a radical Muslim who believes in the literal truth of the Quran feels genuinely aggrieved. He feels that it is his sacred duty to take back all lands from the Kaffir. He also feels that converting someone to Quran is nothing but converting him back to his original religion, which is Islam. And since leaving Islam is a crime punishable by death, (Lewis 229) a radical Muslim believes that killing a non-Muslim if he refuses to convert to Islam is not only legitimate but also a much-needed measure in claiming the world back for Islam. (Peters & Vries 1-25)

This sense of entitlement is seen in every section of Muslim society and every Muslim country. And it is not only supported in the holy scriptures of Islam but it is also supported by the history of Islamic empires all over the word. Ever since Islam exploded on to the international arena, its march was continuous and fast. The second rightly guided Caliph, Umar, saw Islam spread from the Arabian Peninsula to Syria, Iraq, Iran, whole of North Africa and even up to Europe.

Ever since then, Islam kept growing from victory to victory. When the Arab power was spent, the Persians were converted to Islam, bringing to it much resources and much manpower along with a dash of art, architecture and science. They helped convert more lands to Islam, most importantly many small kingdoms in Central Asia. This in turn led to the conversion of many Turkish tribes to Islam.

By that time, Persian power was spent more or less, but then the Turks took over and spreading in primarily two branches, the Mughals and the Seljuks, they conquered two different areas of the world: India and Europe. China luckily was ruled by the Mongol branch which never converted to Islam. This history of almost uninterrupted march of Islam made the Muslims feel that it was just a matter of time before they would exclusively rule the whole world with no rivals at all, and when everyone would become a Muslim. This dream came almost true with Mughals ruling in India and the Ottomans in half of Europe. But with the Enlightenment and the Industrial Revolution, Europe defeated Islamic empires and became the world leader instead. This was something the Muslims had neither hoped nor believed would ever happen.

Tamim Ansari, in his book Destiny Disrupted, also talks about the Muslim psyche. At first, the reader realizes that Tamim Ansari would give the psychological reason for the inexplicable anger of Muslims against the West, with which they are hardly concerned with. And Ansari does give the answer. He says that during the Middle Ages, the inexorable march of Islam made Muslims feel as if they would win the world in no time. (Ansari 1-15)

Not only did that not happen, the hated heathen, the Christian West, came to rule the World in the great colonial age and leads it even now. This was something which could not be incorporated in the Muslim psyche, which was addled on stories of victories after victories. They feel cheated of their destiny. They feel frustrated as the predicted outcome did not happen and someone other than the Muslims came to rule the world.

But the troubling aspect with the book is that the author himself tends to believe that it is the destiny of the Muslims to rule the world. He does not say so explicitly, but he justifies the anger, the aggression, and the terrorism of Muslims by explaining their psyche of being world rulers, which he fails to condemn. This is the psyche of Muslims who live in a non-Muslim country.

Thinking of themselves as natural rulers, it is denigrating for them to live under secular law, which for them is nothing but ‘Hindu Law’ under secular name, as far as India is concerned. In the run up to the Partition, this psyche surfaced too often. Many prominent Islamic intellectuals like Muhammad Iqbal voiced that it was not possible for Muslims to live under non-Muslim rule. It is this basic ‘grievance’ which leads the Muslims to agitate against any move that they perceive being ‘against Islam’. It leads them to play victims, which is the subject of the next article.