Indian Culture & History: Whose Narrative Should It Be-1 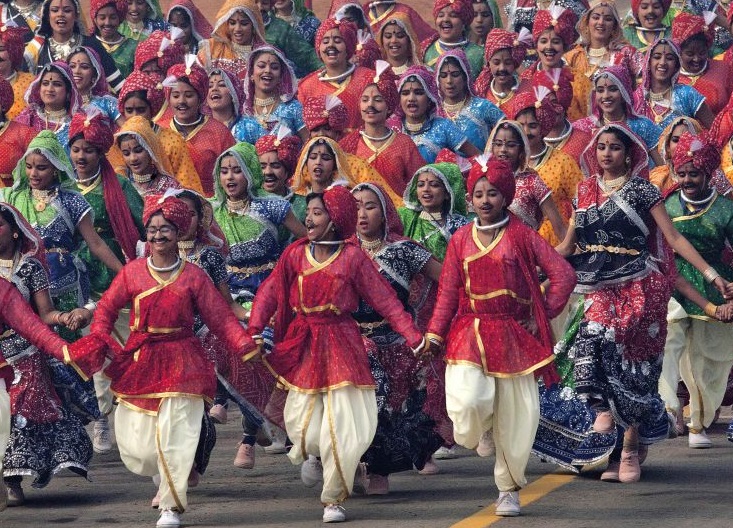 Like the story of the proverbial blind men and the elephant, India’s cultural history too has many narratives. Each is different and given to fierce debate. Most of us hold on to one point of view without having sufficient knowledge of the others.

Furthermore, India is perhaps the only major culture whose narrative is not in its own control. In the colonial period, the narrative was shaped by the Colonialists and later passed on to the Orientalists and Marxists. It is only recently that a band of committed scholars is challenging the Orientalist and Marxist narrative.

Understandably, I felt there was a need to bring all the differing narratives in one place. In doing so, I discovered that the sequence of these narratives tells one consolidated wholesome story about the elephant, and has the potential to inform the current debate and contribute to the shaping of a new Indian narrative.

The many views of our cultural historiography can be broadly classified as:

In Part 1 of this four part series, I will talk about the two narratives that are essentially from the Indian gaze: The Indigenous narrative and Ambedkar’s narrative.

In Part 2, I look at the three important narratives that resulted from the foreign gaze: The Colonialist, Orientalist and Marxist narratives.

In Part 3, I discuss in some detail the Revivalist narrative.

Finally, in Part 4, I will attempt to reconcile these conflicting narratives and put forth an argument for resolution.

The knowledge covers vast ground. At its core is the infinite and unfathomable consciousness called Brahman (not to be confused with Brahmaa, The Creator). This pervades creation and gives it sentience. It enlivens individual entities. Man, therefore, is a spiritual being and not separate from the universal Brahman. The supreme reality is one. We are all one universal consciousness despite apparent plurality.

The knowledge by and large has three aspects:

To popularize this knowledge, Vedavyasa wrote the 18 Mahapuranas. They translate the cut and dry, intellectual Vedic knowledge into interesting stories. Along with the Itihasas – Ramayana and Mahabharata, they went a long way in spreading Hinduism and giving people many points of identification. While knowledge was the focus of the intellectually inclined, devotion was the focus of those who were emotionally inclined. Both paths potentially led to self-realization.

Some key markers of this view are:

The other type of texts is Smritis. Unlike Shrutis, which are authorless, Smritis have known authors and are subject to constant revision with the passage of time. Vedangas, Itihasas and tomes on Dharma, Artha, Kama, Moksha and more are Smritis. In separating Shruti and Smriti, the Indian system separated Paramartika and Vyavaharika a long time ago.

6. Varna and Jaati are different. The Shastras refer to Varna (Bhagawad Gita 18.41-45). This classification is not by Birth but by Worth, by the qualities of the three Gunas – Sattva, Rajas and Tamas. Jaati is a later concept and based on guilds. Even Jaati was flexible, and hardened over a period of over a thousand years. There are enough examples in our texts of people born to one Varna but becoming part of another.

7. Rama and Krishna are historical and not purely mythological figures. Scientifically, this is supported by the discovery of the sunken city of Dwarka by S R Rao of the National Institute of Oceanography. This points to the historical existence of Krishna. Since Rama is mentioned in the Mahabharat, it points to the historical existence of Rama. More important, Valmiki packed a lot of information on planetary and star configuration at the time of Rama. Dr. P V Vartak and others have used the science of archeo-astronomy to establish the birth of Rama around 7000 BCE. Similar methodology has been used by scientists like Achar, Bansal, Balakrishna establish the existence of Krishna around 3000 BCE. Vartak pushes Krishna back further to 5500 BCE while Iyengar pushes him forward to 1500 BCE.

A discussion on our tradition is not complete without invoking Swami Vivekananda. Dr Radhakrishnan described him as the greatest exponent of our great tradition, while Tagore said that if someone wants to know India then studying Vivekananda is a must. Besides, Vivekananda was a strong critic of caste exploitation and Hindu superstition.

He said about Hinduism:

“The Hindu believes he is a spirit. Him the sword cannot pierce, him the fire cannot burn, him the water cannot melt, him the air cannot dry. Every Hindu believes that every soul is a circle, but whose centre is located in the body, and death means the change of the centre from body to body. Nor is the soul bound by the conditions of matter. In its very essence it is free, unbound, holy and pure”

“The Vedas teach that the soul is divine, only held in the bondage of matter, perfection will be reached when the bond will burst, and the word they use for it is therefore Mukti – freedom, freedom from bonds of imperfection, freedom from death and misery”

Today, politicians of all hues are attempting to appropriate his legacy. The Left quotes him to support their thinking, as does the Hindutva movement. The Ambedkarite movement sees him as rejecting Hinduism as a whole.

Ambedkar was a prolific writer. Here we consider four of his seminal works, namely “Castes in India”, “Annihilation of Caste”, “Triumph of Brahminism” and “Who were the Shudras”. The idea is to expose the reader to Ambedkar’s nuanced views and to show that ideologues of all hues, as is their wont, are appropriating him by selective reading.

Ambedkar is vehemently against caste and has delved into its history. He separates Hinduism from Brahminism, but holds that it is an important component of Hindu culture. He rues the lack of sangathana (unity) among Hindus and would have liked to see a Semitic kind of unity amongst them.

Let us start with Ambedkar’s view on origins of the Shudras. He rejects the Aryan Invasion Theory. In “Who are the Shudras”, he says “There is no evidence of any invasion by the Aryans and it having conquered the Dasa (inhabitants who lived amongst Aryans) and Dasyus (tribals). There is no evidence to show the distinction between Aryans, Dasas and Dasyus was racial.”

From his study of the Vedas, he concluded that Shudras were originally Kshatras. This was at a time when only three varnas were recognised – Brahmin, Kshatra, Vaisya. Some Kshatra kings imposed tyrannies and indignities on the Brahmins. As a result the Brahmins refused upanayanam (thread ceremony) to them. This resulted in their being degraded socially to become the fourth varna, the Shudras.

On the varna system, Ambedkar’s view matches the indigenous view. Ambedkar divides Indian culture into three phases – Hindu India, Buddhist India, Brahminic India. In Hindu India, varna was based on worth and not birth. Varna allocation was done by someone called Manu and Saptarishis. Every four years people’s varna was reviewed. A change was introduced later, when the guru of the gurukul allocated the varna to his students. This too was worth-based. Inter-varna marriage was allowed. Ambedkar upholds these two pre Buddhist systems.

According to him, it was during the rule of the Shunga dynasty (185-149 BCE) that the varna system got corrupted. A Brahmin by name Sumati Bhargava wrote the Manu Smriti and made varna hereditary. Ambedkar expresses great annoyance with the Shungas. He is especially peeved that Sumati Bhargava appropriated the name of the ancient law-giver Manu, whose original Manu Smriti is not controversial. He interprets this as a political tactic to get the hereditary system accepted.

In all his writing, the dichotomy between Hinduism and Brahminism is clear.

Ambedkar upheld Indian culture. He said, “Ethnically…heterogeneous, It is the unity of culture that is the basis of homogeneity…I venture to say that there is no country that can rival India with respect to unity of culture. It has not only geographical unity, but…a much more fundamental unity – the indubitable cultural unity.”

He comments on the Brahmaisam, the Vedic idea of Brahman, and the mahavakyas – Sarvam Khalvidam Brahma’; Aham Brahma Asmi (All of this is Brahman; I am Brahman):

“It is said that Brahmaism is piece of impudence. For a man to say “I am Brahma” is a kind of arrogance…Democracy demands that each individual shall have every opportunity for realizing its worth…This theory of Brahma…has a tremendous value as a foundation for Democracy. If all persons are parts of Brahma, then all are equal and all must enjoy the same liberty, which is what Democracy means…There cannot be slightest doubt that no doctrine could furnish a stronger foundation for Democracy than the doctrine of Brahma.”

He also believed that Hinduism has the capacity to correct itself. This may have stemmed from his association with Swamis like Dayanand Sarasvati and Shraddhananda. “Hindus have their social evils. But there is a relieving feature about them – namely that some of them are conscious of their existence and a few of them are actively agitating for their removal…”

He was very critical of Hindus’ inability to form a sangathana. He said this was due to the caste system. Among Sikhs and Muslims there is a social cement which makes them Bhais (brothers). Among Hindus there is no such cement and one Hindu does not regard another Hindu as his Bhai. This results in the Hindu being powerless and timid.

His most scathing criticism of Hinduism is regarding the shastras:

Some Dalits and Marxists interpret this literally. The nuanced interpretation is that the shastras and ills of Hindu society, though they can be separated in intellectual discourse, remain interlinked in popular perception. Thus, just like Buddha rejected the Vedas and yet gave the people its essential truths, Ambedkar suggests that the shastras be rejected so that the perceived basis of Hindu society’s ills is cut off. He said “You must give a new doctrinal basis to your religion – a basis that will be in consonance with Liberty, Equality and Fraternity. In short, with Democracy.”

As you can see ideologues of all hues can quote Ambedkar to support their thinking. The truth however is that his views were nuanced. He criticized the social injustice in Hindu Society but had a historical perspective. He defended the Vedas while rejecting Brahminism. He was even more critical of the communists. So, just as the Hindutva movement is wrong to appropriate Ambedkar, so are the Marxists.

These then are the two Indian views. In the next part I will look at the narratives that emerged as a result of the foreign gaze.

Atul Sinha founded and runs a leading Strategic Brand Design Company. His interest in Indic culture and history led him to pursue a PhD program at SVYASA, Bangalore. He writes on Vedanta and Indic Culture.